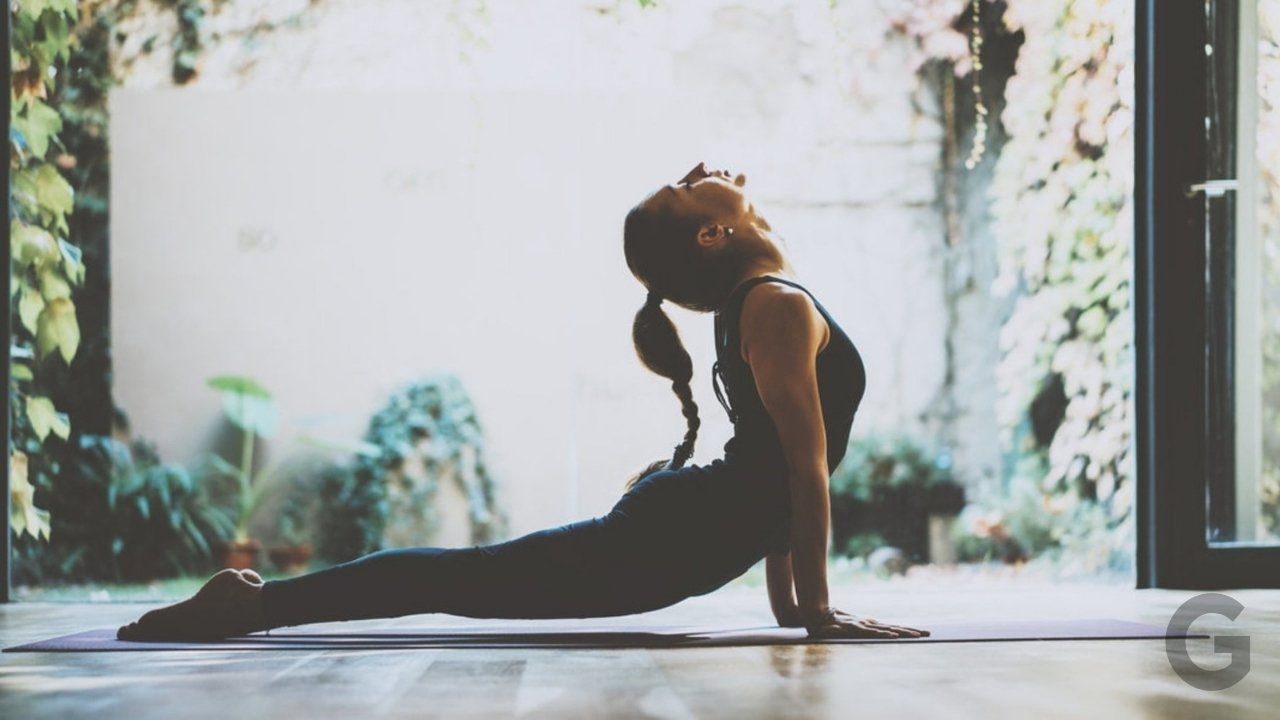 Anusara yoga is a modern school of Hatha yoga founded by John Friend who is known as an American yogi. In Sanskrit, Anu means “with” and Sara means “flow.” Therefore, Anusara may be translated as “flowing with grace” or “natural state.”

Anusara Yoga is rooted in a non-dual Tantric philosophy that we are all inherently good. It draws from this that life is a gift that we are invited to remember and celebrate in our yoga practice. Anusara emphasizes “Universal Principles of Alignment” as the focal point of its practice, which underlies all of the physical asanas.

These principles are important in the practice of yoga as they give you guidelines on how to align your body, heart, and mind in a way that provides both integration and safe opening so circulation is optimal and strength, good health, and wellbeing are fostered.

Anusara yoga is a form of Hatha yoga which was founded by John Friend in 1997. This yoga unifies the life-affirming, tantric philosophy of intrinsic goodness with Universal Principles of Alignment. Anusara yoga is the best way to relax, build strength, and tone muscles.

It epitomizes a philosophy called “celebration of the heart”. It is said that this philosophy looks towards the good in all people and all things. The popularity of Anusara Yoga is growing rapidly all around the globe. There are many training centers in the world that teach this form of yoga.

Anusara Yoga was founded and developed by the American yogi John Friend. John Friend was born in Ohio in 1959. John Friend began his personal yoga practice at the age of 13.

His practice was based on Swami Satchidananda’s seminal book, Integral Yoga Hatha. In the 1980s, Friend began studying the alignment-based style of Iyengar Yoga. And, he began to teach Iyengar Yoga, and eventually became a member of the Iyengar Yoga governing board.

In 1997, Friend founded Anusara Yoga which has its headquarters just outside of Houston, Texas. He continues to personally train yoga teachers all over the world. He also helps develop and grow Anusara classes and studios in the United States, Europe, and Asia.

Today, there are over 1,000 Anusara-certified teachers. The Anusara methods of alignment and philosophy are taught in classes worldwide, earning Friend the nickname, “Yoga Mogul.”

Some of the steps to perform Anusara yoga are:

The first step of Anusara yoga spread a mat or blanket on the ground. Now, you should sit in a crisscrossed position with your legs facing the opposite thighs.

The second step of Anusara yoga is to do some deep breathing for five minutes. After this, you can start with Anusara yoga.

The third step of Anusara yoga is to stand up and lift one foot. you should place this foot on the other leg, either on the ankle, calf, or thigh. You should take a deep breath, focus, and stretch your spine upwards, like a tree growing towards the sun.

The fourth step of Anusara yoga is to stand straight. You should stand straight and bend placing both hands on the floor, in front of your body. You will be on all fours now.

The fifth step of Anusara yoga is to move your weight onto your left hand. You should move the right foot on top of the left. Now that your right hand is free, and place it on your right side.

You should keep your spine aligned and stretch as much as possible.

The sixth step of Anusara yoga is to take a deep breath and relax.

The seventh step of Anusara yoga is to lie flat on the mat, with your arms at your sides. You should bend your knees and lift your buttocks. You should keep going until your entire spine is off the mat.

The eighth and last step of Anusara yoga is to sit in a relaxed position. You should meditate for 5-10 minutes. and you should breathe and breathe out.

Some of the benefits of doing Anusara yoga are listed below:

Some of the types of asana used in Anusara Yoga are:

The Half Moon Pose (Ardha Chandrasana) 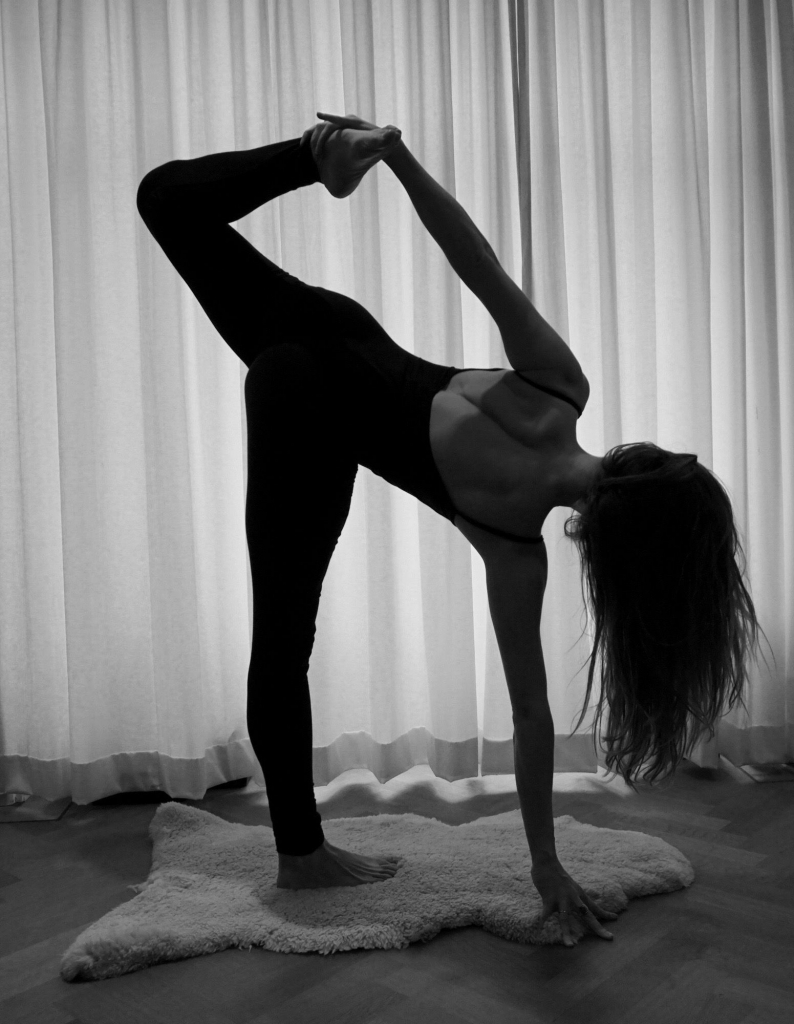 First of all, you should stand straight. Make some space between your legs and take a right foot inside such that it makes a 90-degree angle with another leg. Now bend your body in a manner that your palm touches the ground in the same line of your feet.

Next, stretch your left leg up in the air. Likewise, move your right hand up in the air, keeping it straight. Stay in the pose for about 30 seconds before you release it. 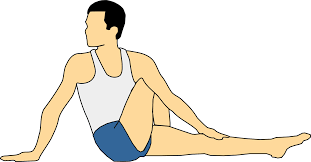 You should sit down with both legs lied straight on the floor. Bend your right leg from the knee and brings its foot in a line with the knee of the left leg. Next, twist your upper body area in a manner that you look over the right shoulder with left-hand fingers touching the right leg fingers.

Keep right-hand palm touched to the floor. Keep the posture for about 15 seconds before releasing it. Now, do some movements with directions of hands and legs changed. 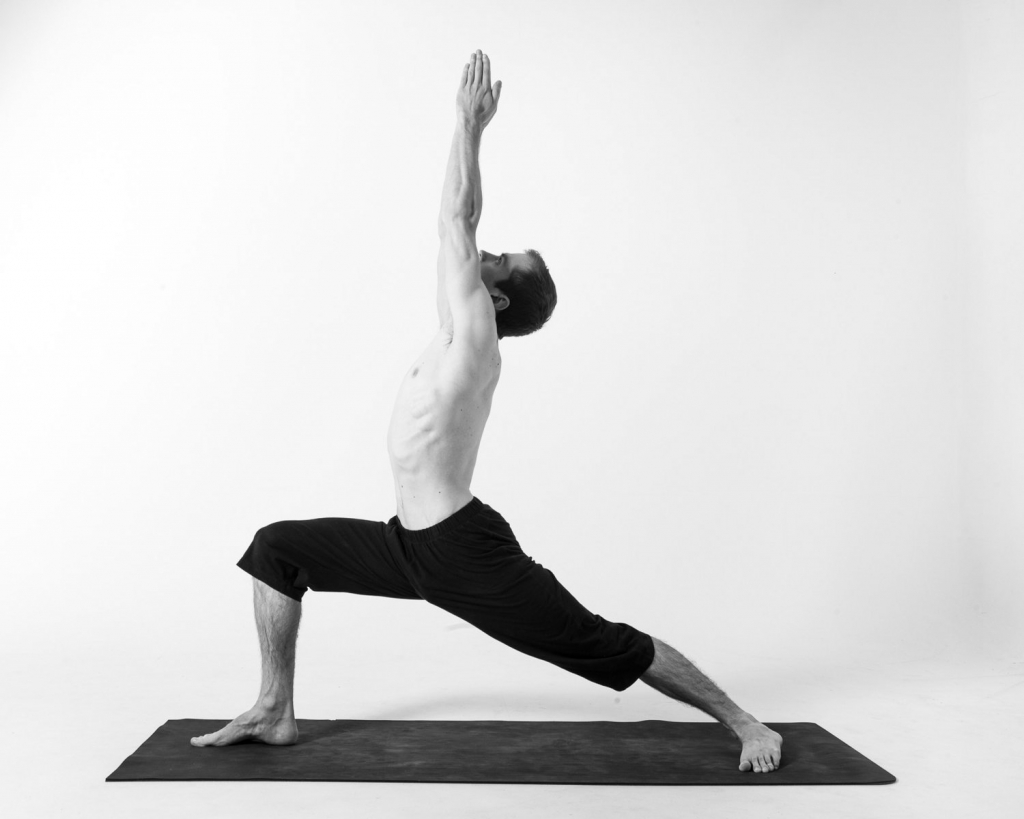 You should stand up straight and keep your feet at some distance from each other. Take your hands up in the air and keep them straight. Now, shift your right leg to a 90-degree angle on the right side.

Stretch your left leg in its own direction. Hold your back straight and look straight. 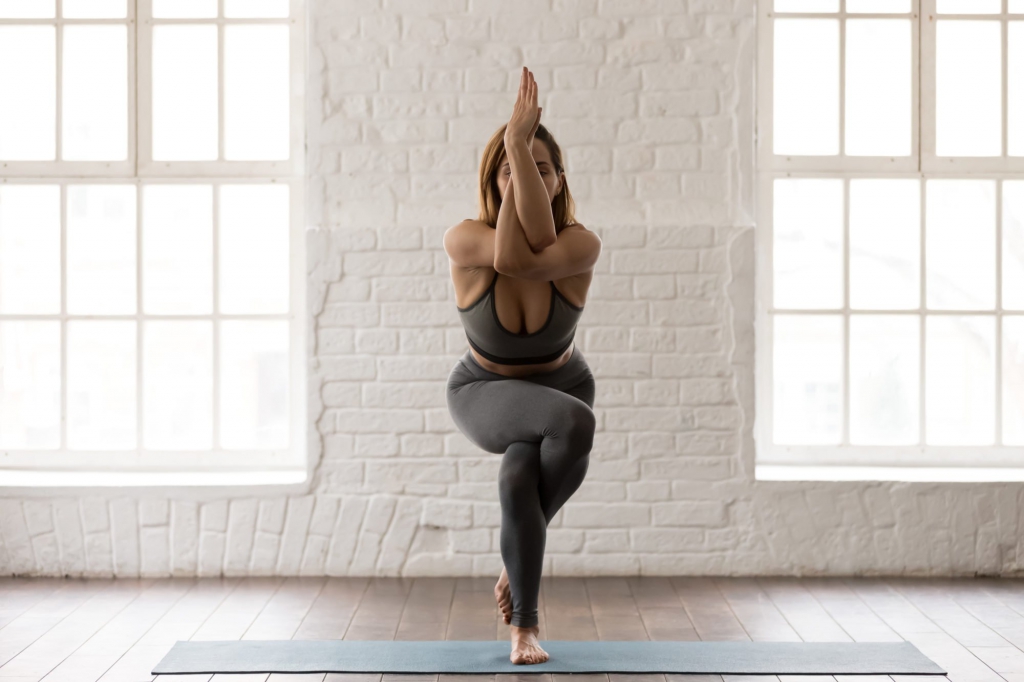 You should start with a standing position and then bend slightly from both knees. Now wrap your left leg around the right leg with right feet still touched to the ground. Similarly, keep your right hand straight in upward direction bending it from the elbow, and then wrap the left hand around the right one.

Remain in the pose for about 15 seconds and then slowly release to the beginning position. 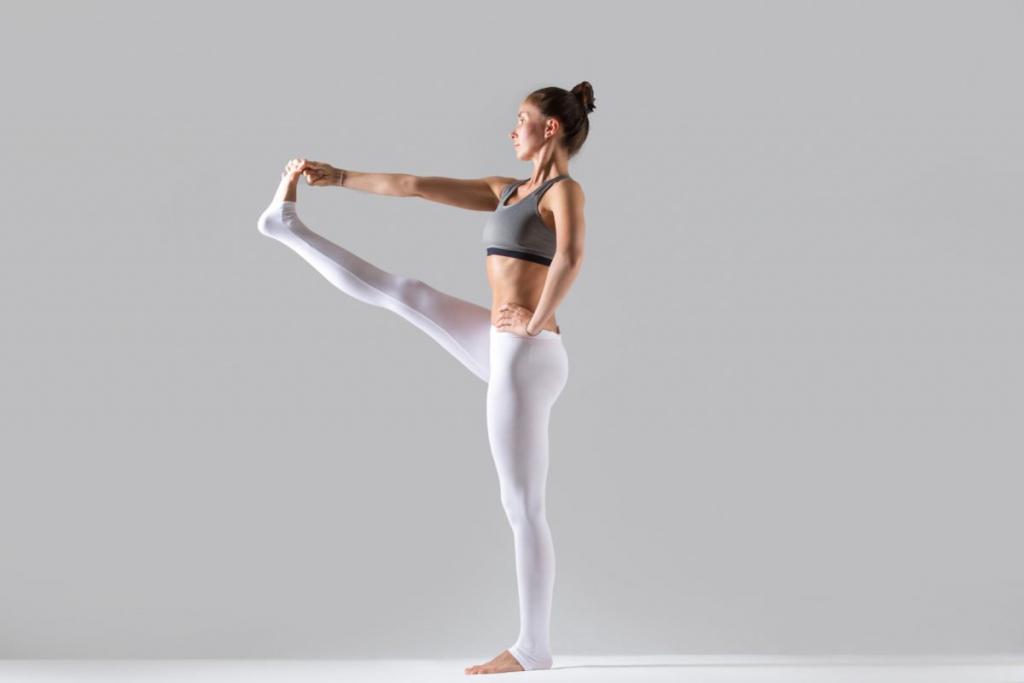 First, you get into a default standing pose. Now, slowly move your left leg in an upward direction such that your left-hand fingers can touch the ankle of your left foot. Maintain the same pose for about 15 seconds and then get back to the original pose.

Next, repeat the same pose with the right hand and right toe. 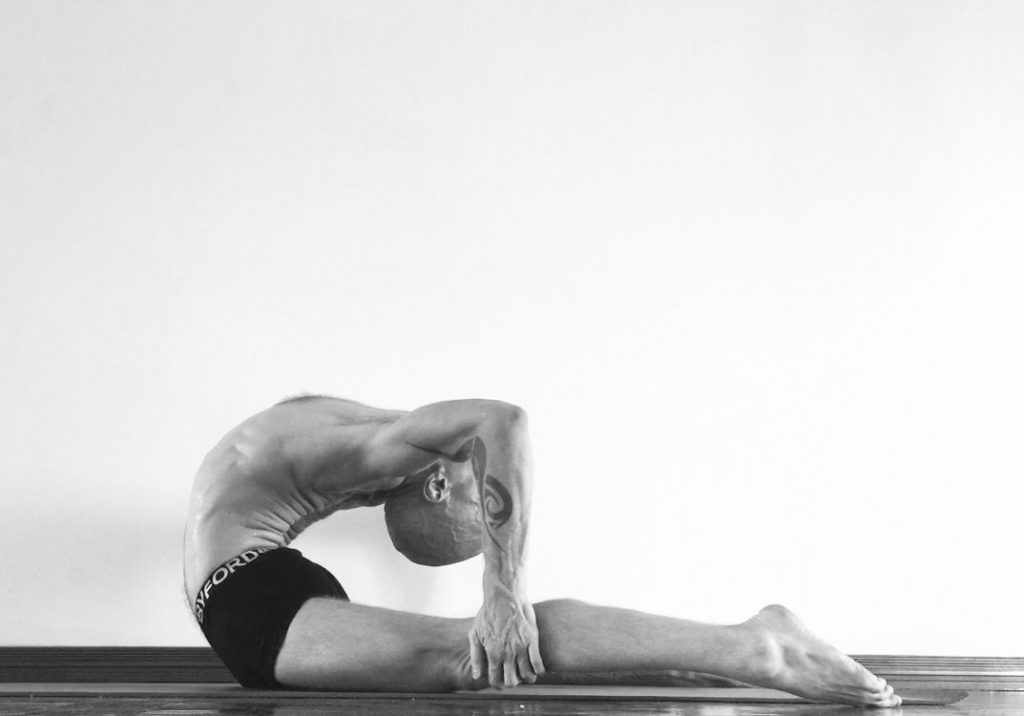 You should lay down on the floor such that your forehead comes in contact with the floor. Keep your both palms down the shoulders in a manner they remain close to the body. Now, stretch your both feet and up your top body area looking up in the sky.

Hold the pose for 15–30 seconds and release it slowly. 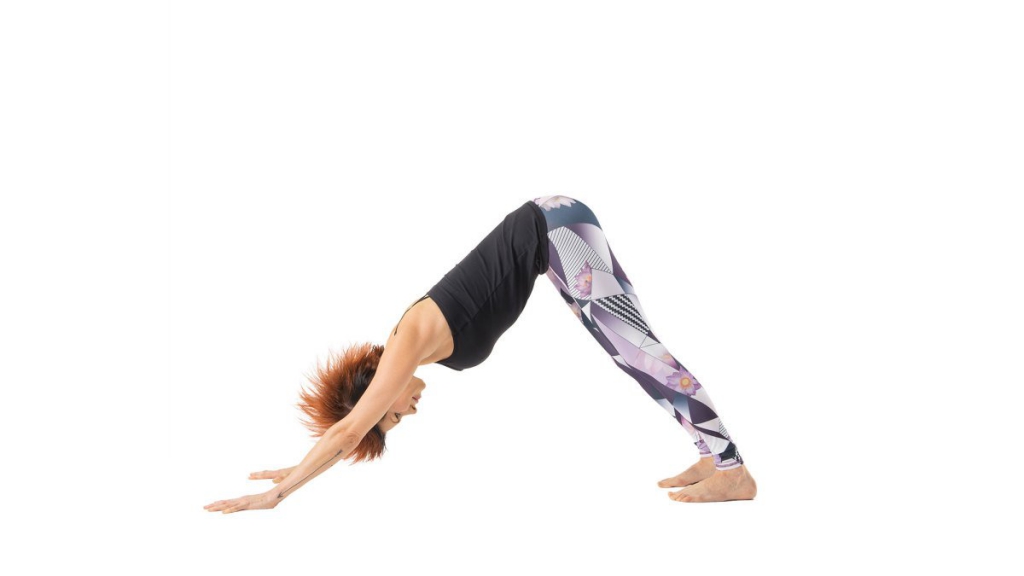 You begin with moving apart your legs and hands a bit from each other. Bend your body from hip area joints and touch your palms to the floor. Be as flexible as your body permits.

When performed rightly, the pose should look-alike a reverse ‘V’ symbol.