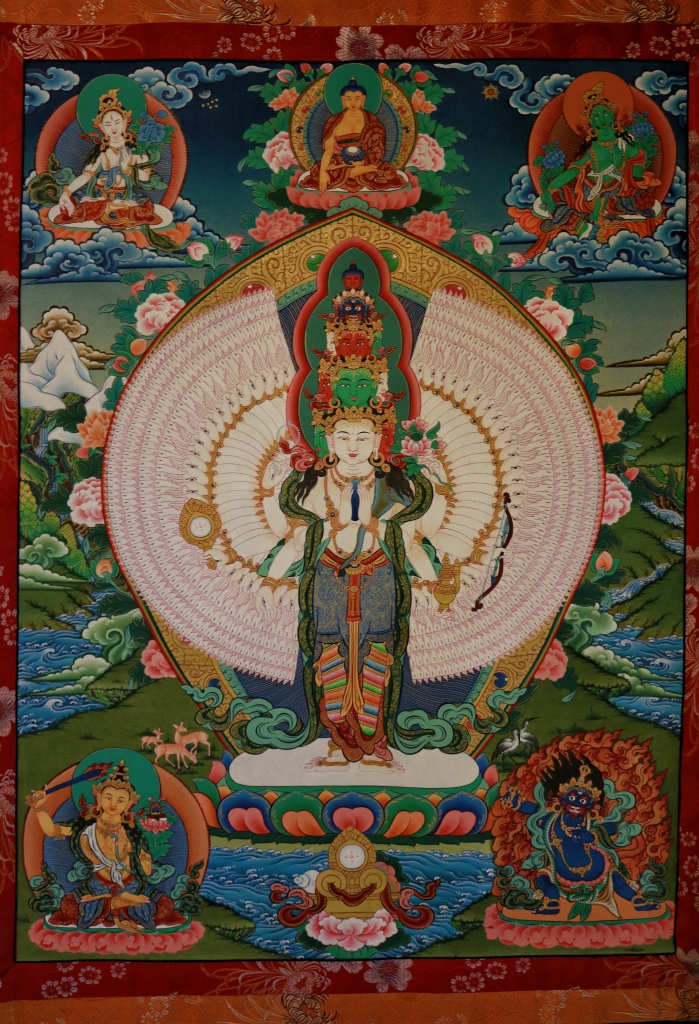 Avalokitesvara is a bodhisattva who embodies the compassion of all Buddhas. This bodhisattva is variably depicted, described and is portrayed in different cultures as either female or male. In Chinese Buddhism, Avalokiteśvara has become the somewhat different female figure Guanyin. In Cambodia, he appears as Lokesvarak, and in Japan, he is called Kanzeon or Kannon.
Avalokiteshvara is the earthly manifestation of the self-born eternal Buddha Amitabha, whose figure is represented in his headdress, and he guards the world in the interval between the departure of the historical Buddha, Gautama, and the appearance of the future Buddha, Maitreya.