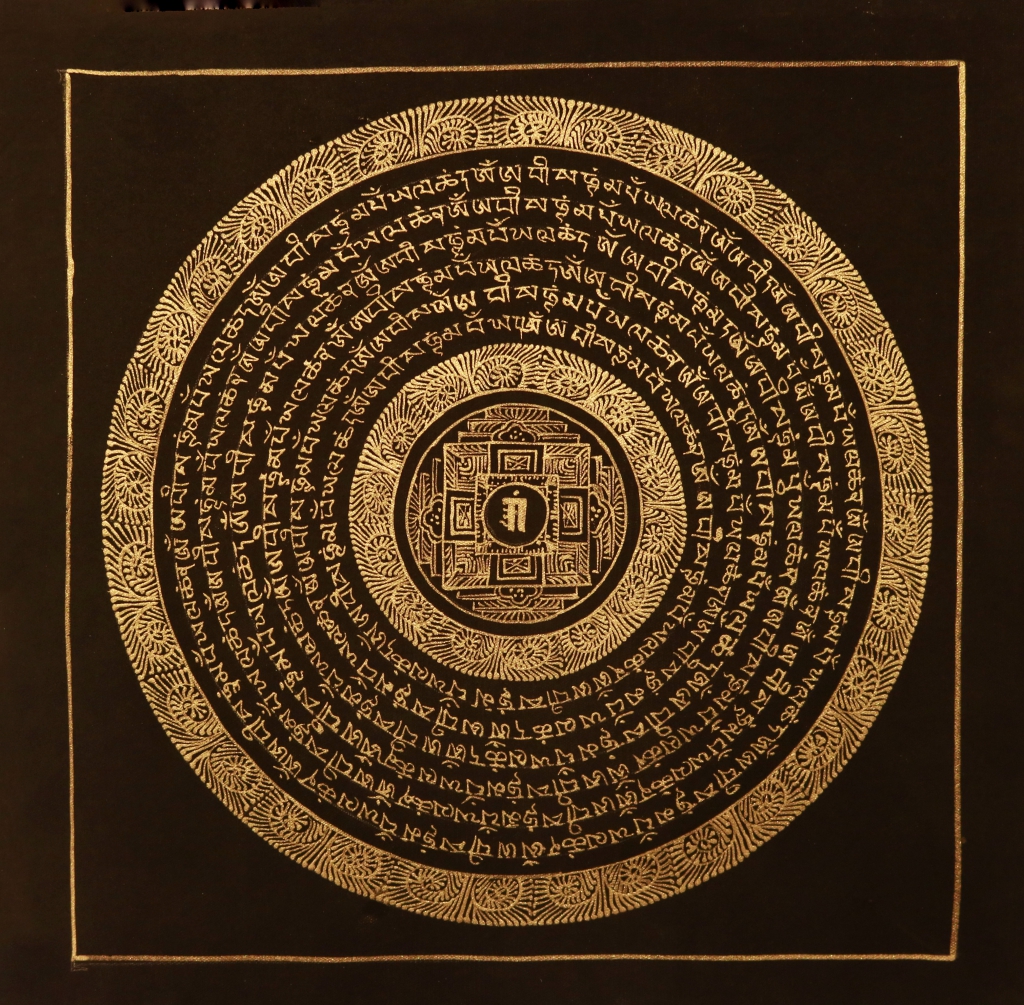 Mandala is a graphic and often symbolic pattern usually in the form of a circle divided into four separate sections or bearing multiple projections of an image. The mandala has reappeared in cultures and traditions throughout history, and the design and pattern it takes are often informed by the intended meaning of the piece. There are a number of traditional symbols used in mandala art that hail from Buddhist and Hindu imagery but many modern forms of mandala have begun incorporating modern takes on traditional symbols.