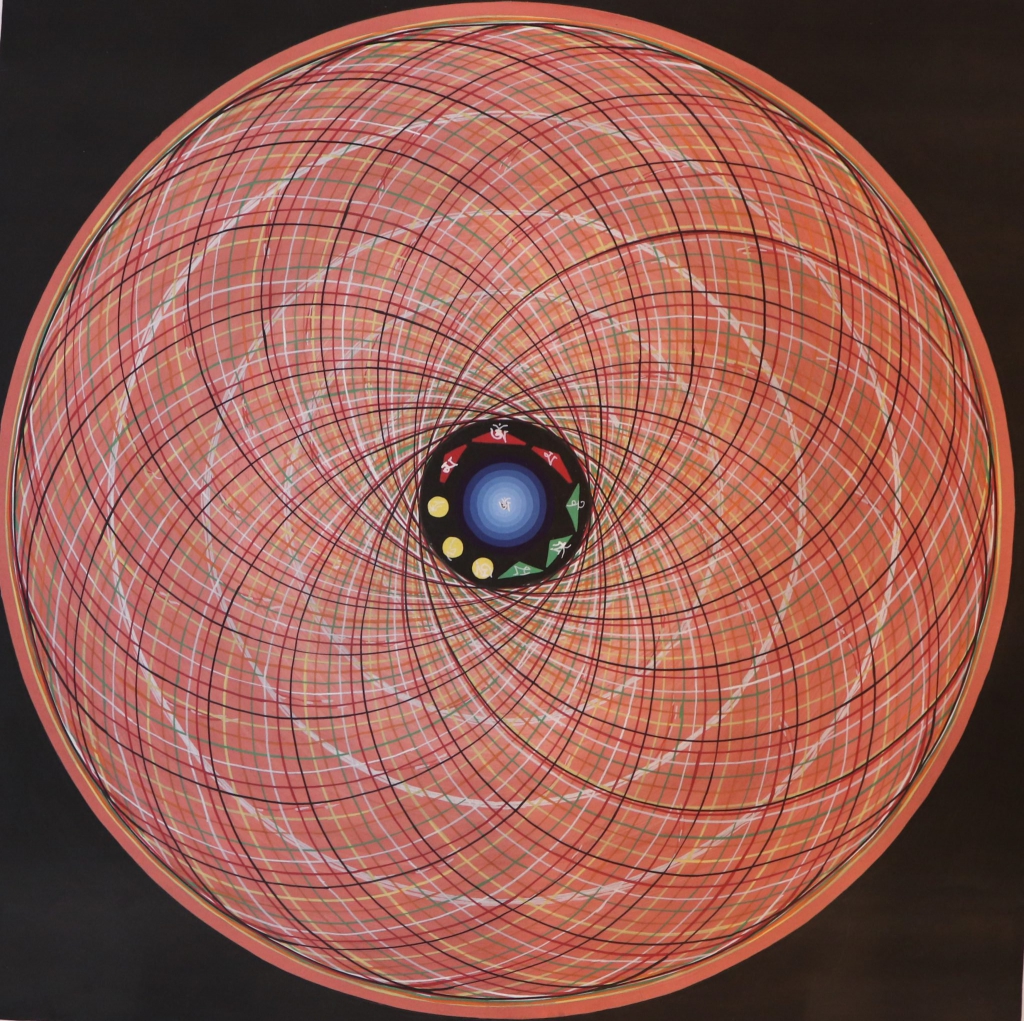 Cosmic mandalas are the intricate dance of the sun, moon, and other planets around Mount Meru (the axis of the geocentric universe).

The Cosmic Mandala is encompassed by a flaming circle.

At the Centre is an Om mantra sometimes symbolizing a first movement, surrounded by rotating wind and sound of om mantra.

which condenses into so-called basic elements, representing the states of aggregation: Wind or Air stands for the gaseous state; Fire is usually depicted as a red triangle and stands for transformation; Water for liquid, represented by a half-circle or circle; Earth for solid matter, symbolized a yellow square or cube. The emerging forms of the elements are painted in the blue ring surrounding the Centre, in the lower sphere intimating the world-continents to be.
The blue Ether represents the all-pervading condition, the source of all elements filling the space of the Mandala.