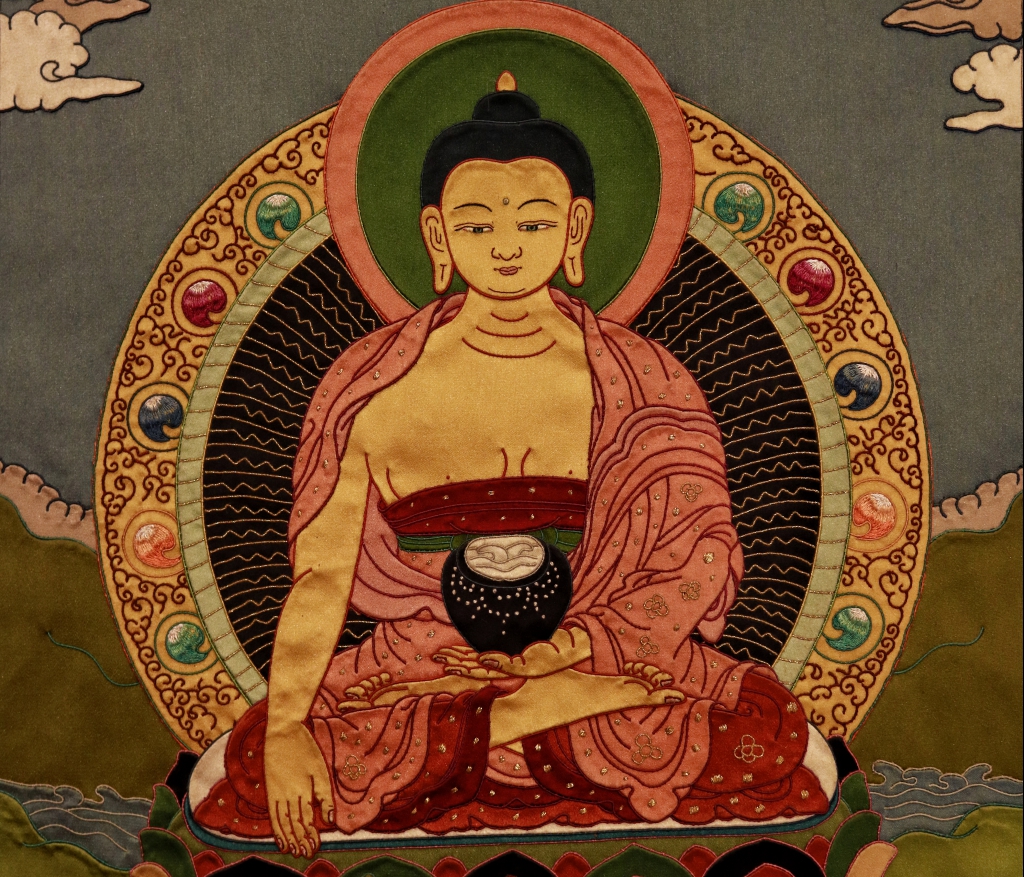 Thangka applique is a technique of creating thangkas using not paint, but precious silk.

Just like thangka paintings, thangka applique is a sacred art, and appliques follow the iconography for Buddhist deities as laid down Buddhist scripture.

Applique is ornamental needlework for creating certain design and patterns. These days the designs of Thangkas and Mandalas are also seen in the form of Appliques.

The art of applique first began among the Huns of Central Asia to embroider saddle blankets. Gradually, it spread east across the Silk Road and was adopted by Tibetans as religious art.