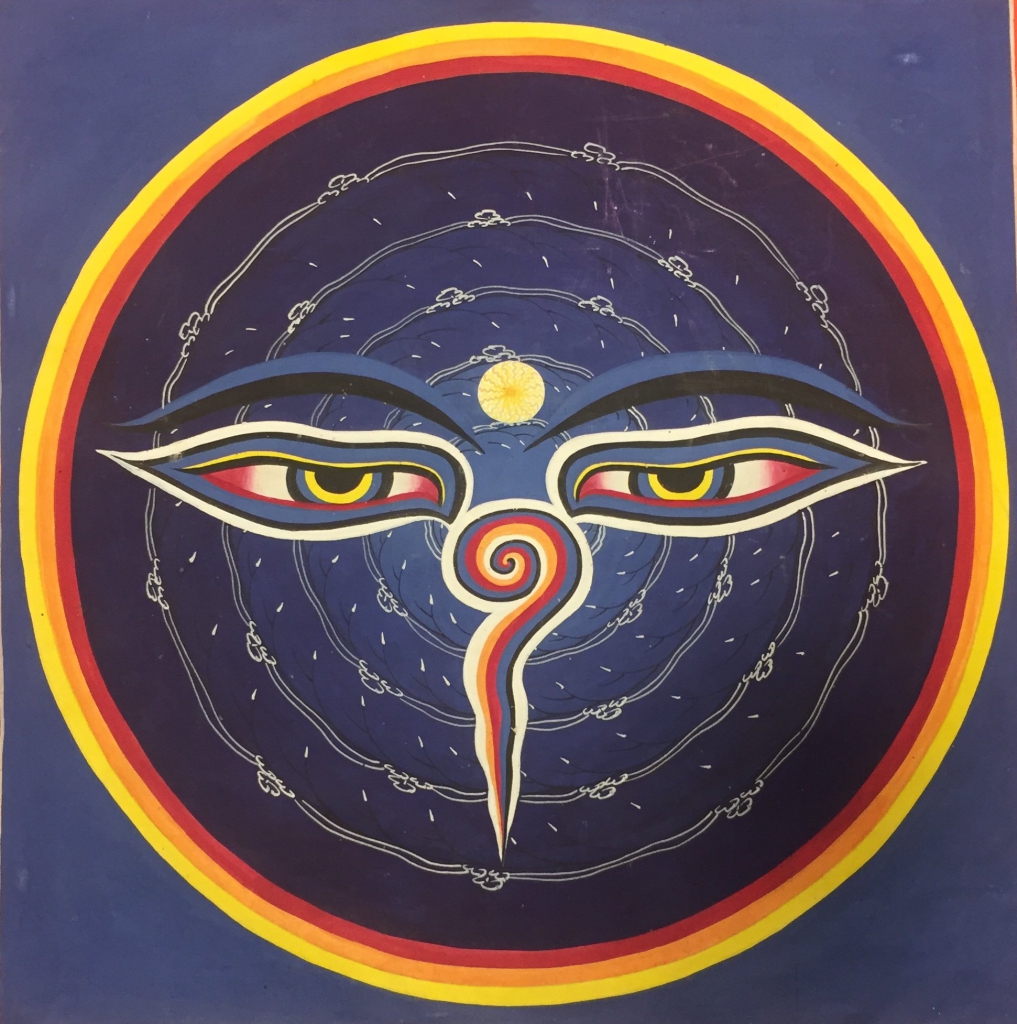 This category contains all the mandalas containing Buddha’s Eyes. Buddha’s Eyes are the symbol of wisdom.
The pair of eyes cast down as if in a meditation state and enriched with a spiritual aura.
This style has been a model for various generations of artists while depicting them in various mandalas and stupas.
In Buddhism, there are two kinds of eyes, first the inner eyes or eyes of wisdom, which sees the world of Dhamma, which is also known as the Third eye of the Buddha, while the other is called the outer eyes which are also called as material eyes which sees the outer world.