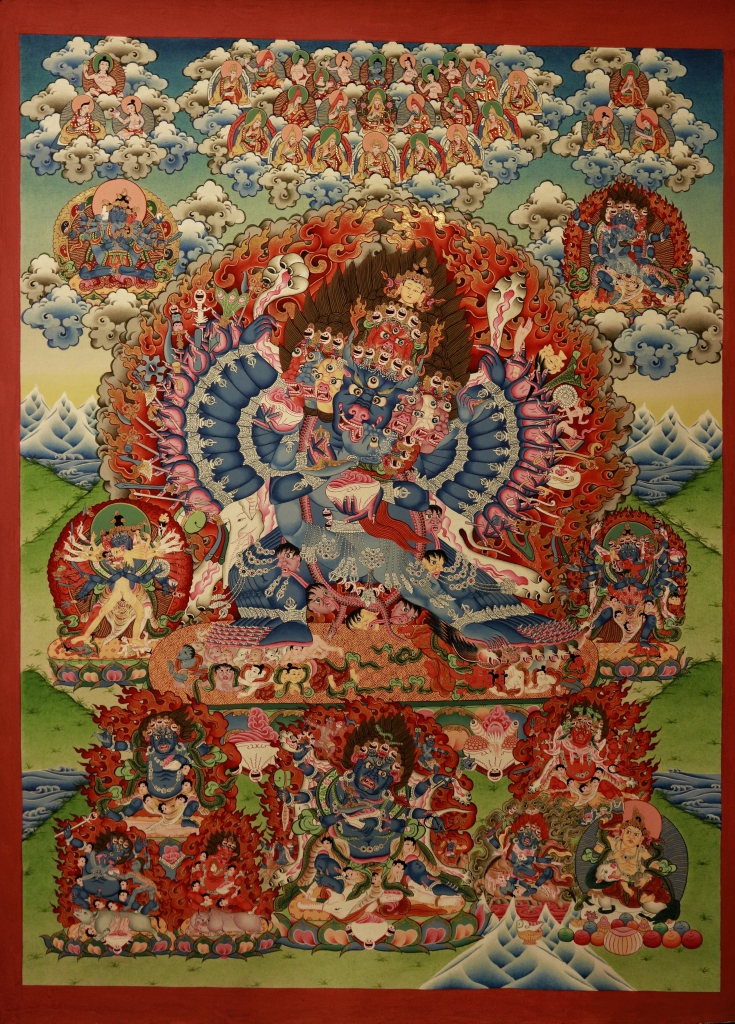 Yama is a Tantric Buddhist. Yama is called as wisdom deity and protector of the Method Class (father) of Anuttaryoga Tantra specifically used by those engaged in the practices of the Vajrabhairava Tantra. This practice is found in all of the Sarma Schools (Sakya, Kagyu, Gelug, etc.) however the Gelugpa Tradition hold Yama Dharmaraja in a special regard as one of their three main religious protectors along with the Shadbhuja form of Mahakala and Vaishravana.