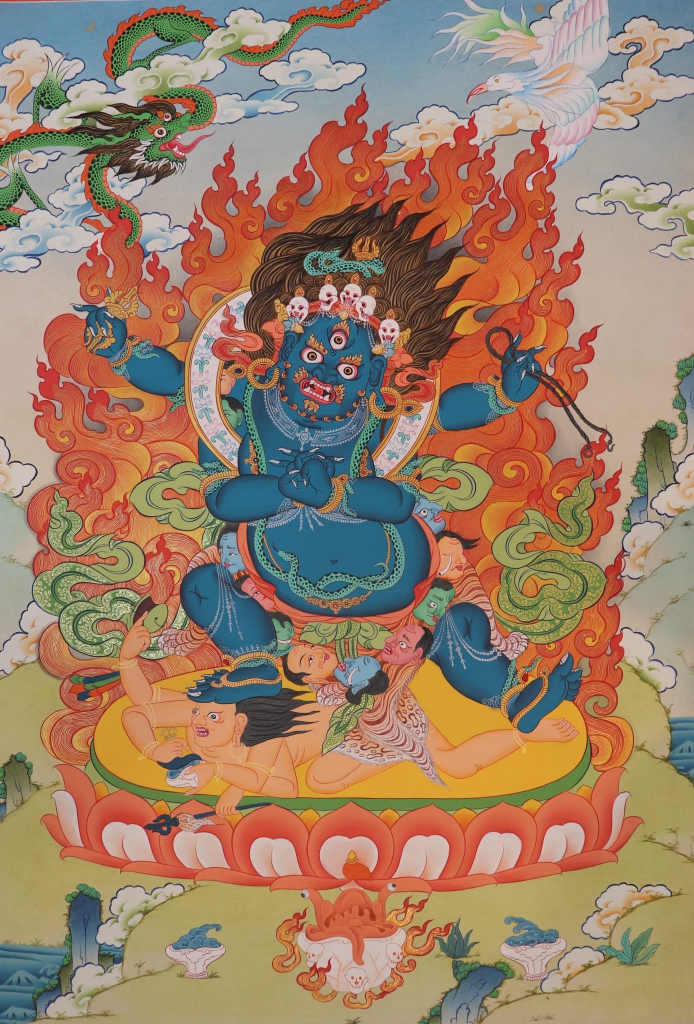 4 Armed Mahakala is a dharmapala predicted by the Buddha. Four-Armed Mahakala is a particular protector of the madhyamaka teachings and of the Chakrasamvara tantra.
He was also a special protector of Surmang. His symbolism is based on vajra anger and compassion. As described in The Myth of Freedom, his four arms represent the four karmas:
One left arm holds a skull cup of amrita, the intoxicating nectar of the gods, which is a means of pacifying.

One right arm holds a hooked knife, a symbol of enriching.

The second right arm holds a sword, which is a way of magnetizing or gathering together energies. The sword need not strike; just by its being waved, the energies are rallied.

The remaining left arm holds the trident which destroys or subdues. Its three prongs cut through the root kleshas of passion, aggression, and ignorance with one thrust.