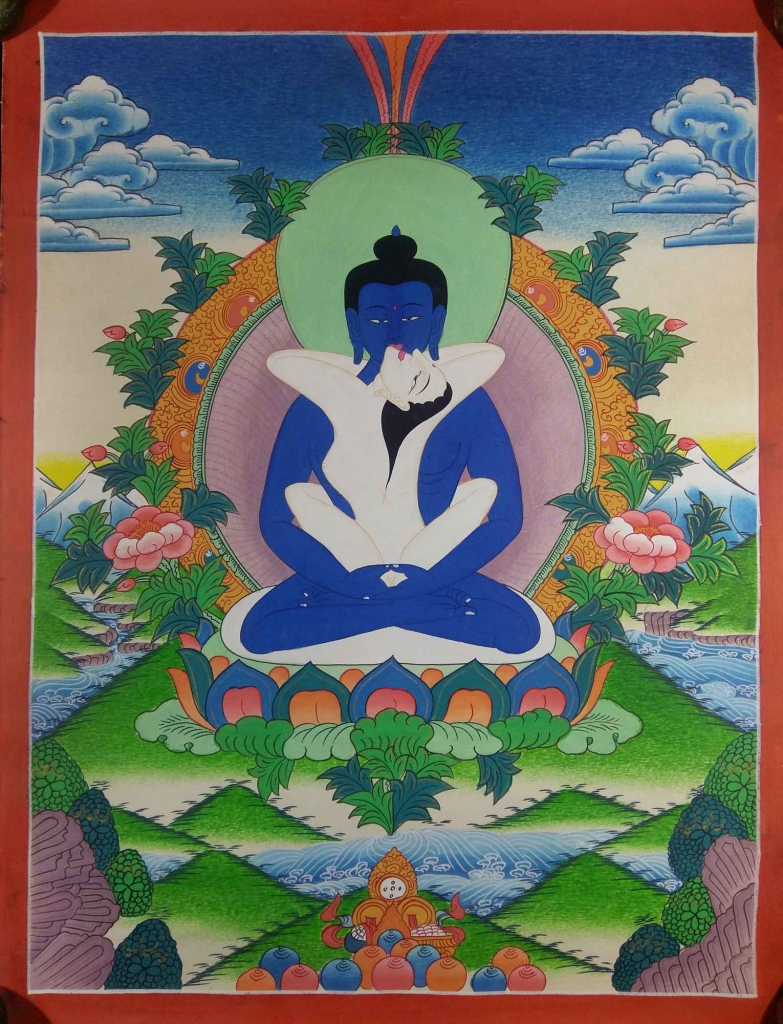 Samantabhadra is known as the Buddha as Primordial Lord of unchanging light. His Tibetan name is Kun tu zang po.

Samantabhadra Buddha arises from the early Nyingma Tantric literature of the Guhyagarbha Tantra and others. He is usually blue-black in color, naked, and has Buddha Appearance (though this is not always the case), with hands in meditation gestures and legs in a vajra stance. He embraces Samantabhadri, his consort. She is light-skinned and naked. In some textual traditions, the two are depicted with clothing and jewelry.

A second way that Samantabhadra can be depicted is as the group of Five Buddhas of the Guhyagarbha Tantra. The five are the same Five Buddhas of the ‘New’ Tantra Traditions however there are slight variations in the details of their appearance, color, gestures, consort, etc.

Samantabhadra Buddha and Samantabhadra the Bodhisattva are unrelated and not the same subject or entity. The first is a special buddha unique to the Nyingma Tantric Tradition. The second is a bodhisattva that arises from the Mahayana Sutra literature.