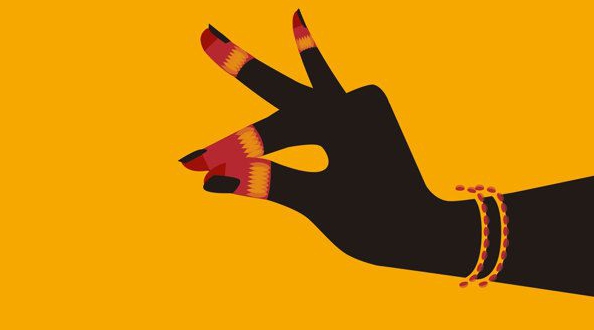 25
Oct
2020
Yoga Shila Leave a Comment
A mudra is used in yoga, Buddhism, Hinduism, and Jainism as a sacred and symbolic gesture. The most well-known mudras are used as a way of channeling the flow of essential life force energy known as prana during yoga and meditation practice. The term translates as “gesture,”‘ “mark” or “seal” that is derived from Sanskrit. Although they have been around for thousands of years and have appeared in various religions and cultures, including Christianity, .
Read More

25
Oct
2020
Yoga Samiksha Leave a Comment
Vrikshasana is also known as Tree Pose. Vrikshasana is a balancing asana. It is one of the very few standing poses in medieval hatha yoga and remains popular in modern yoga as exercise. Vrikhasana is a standing asana that improves balance, focus, and mental clarity. The name comes from the Sanskrit vrikhsa means “tree,” and asana means”pose.”This asana requires the practitioner to stand on one leg with the other leg bent so the footrests .
Read More

22
Oct
2020
Hinduism, Mantra Shila Leave a Comment
Om Namah Shivaya is an important and popular mantra in Hinduism and Shaivism. It is the mantra dedicated to Lord Shiva. Shaivism is a sect that claims that the most important God is Shiva. The origin of this mantra dates back to thousands of years and is mentioned Krishna Yajurveda in the Shree Rudram hymn. And also in Rudrashtadhyayi which is a part of the Shukla Yajurveda. It is referred to as Shiva Panchakshara or simply Panchakshara, meaning the mantra of “five syllables” (excluding Om). The Gem of All Life (Jiva-Ratnam) is said to be the name of Shiva. ‘Shiva’ simply means auspicious. The Lord is so full of love that it’s said that love itself is Shiva. Who is Lord Shiva? Shiva is Sha + ee + Va .
Read More

11
Oct
2020
Buddhism Pratima Leave a Comment
The spirit of true charity is to offer something without expecting anything reciprocally for the gift. If a person expects some material benefit to arise from his gift, he/she is only performing an act of bartering and not charity. A charitable person shouldn’t make people feel indebted to him or use charity to control over them. He/she should not even expect others to be grateful, for most people are forgetful though not necessarily ungrateful. .
Read More

11
Oct
2020
Carpets Pratima Leave a Comment
Tibetan carpet making is one of the traditional ancient crafts. Those carpets are traditionally made from Tibetan Highland sheep’s wool called changpen. Tibetan carpets, were first used for secular, utilitarian purposes, and therefore allowed for a greater range of artistic expression. For hundreds of years, Tibetans have used carpets for decorative and functional purposes, drawing upon geometric patterns, auspicious symbols, real and mythical animals, and natural imagery to create beautiful, colorful designs and subject .
Read More

11
Oct
2020
Carpets Pratima Leave a Comment
Hand-knotted carpets were specially made in Tibet to celebrate the birth of a girl by her mother. According to Researchers, Tibetan refugees started crossing the Himalayan home in April 1959, within the wake of the Dalai Lama’s flight into exile and landed mostly in Nepal and India. Tibet carpets historically were practical, everyday objects, woven locally to be used in homes and monasteries where they might over time wear out and be discarded. There .
Read More