18
Jan
2019
Biography, Buddhism, Culture, Deities, Gods kamalthakur Leave a Comment
For 2,500 years Buddhists have considered with awe the achievement of Siddhartha Gautama. What induces such tremendous respect in them is not just that he gained Enlightenment, but that he did so without a teacher. Contemplating the difficulties that the Buddha had to overcome has given Buddhism a very great appreciation of the value of a spiritual teacher. As Buddhism developed, and the three yanas unfolded, the role and significance of the spiritual teacher .
Read More

20
Nov
2018
Biography, Buddhism, Culture, Deities, Monks, Stupa, Temples sadiksha Leave a Comment
Atisha Dipamkara Shrijnana is a renowned Indian master who went to Tibet in 1042 to help in the revival of Buddhism and established the Kadam tradition. His text Light for the Path was the first lam-rim text. Pala Empire The Pala Dynasty was the ruling Dynasty in Bihar and Bengal India, from the 8th to the 12th century.  Called the Palas because all their names ended in Pala, “protector”. Atisha is a Buddhist teacher from the Pala .
Read More 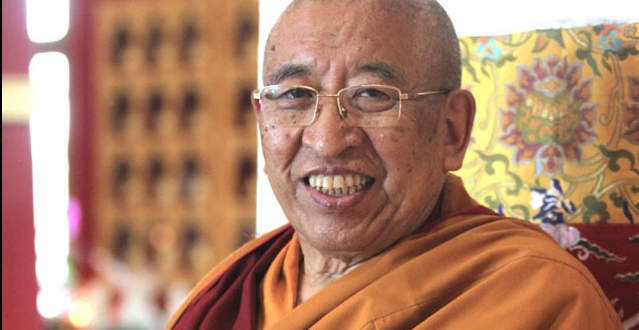 25
Apr
2018
Biography sadiksha Leave a Comment
Thrangu Rinpoche was born in Kham in 1933. At the age of five, he was formally recognized by the Sixteenth Karmapa and the previous Situ Rinpoche as the incarnation of the great Thrangu tulku. Entering Thrangu monastery, from the ages of seven to sixteen he studied reading, writing, grammar, poetry, and astrology, memorized ritual texts, and completed two preliminary retreats. At sixteen under the direction of Khenpo Lodro Rabsel, he began the study of .
Read More

3
Apr
2018
Biography, Culture sadiksha Leave a Comment
Descriptions of the kingdom of Shambhala are based both on literature said to emanate from Shambhala itself and by later commentators, mainly Tibetans, who claimed to have visited the kingdom in the material realm, on an etheric plane, in dreams, or by some other means. As the descriptions will make clear, this is not of “historical” Shambhala; i.e., a country that once existed in the time-space continuum recognized by Western historiography—for instance, the ancient .
Read More

2
Apr
2018
Biography, Monks Sadiksha Leave a Comment
I chose to become a Buddhist Monk over a Bio-Chemist Matthieu Ricard is a popular name we hear when talking about Buddhism and Buddhist monk. He is from an intellectual french family; his father is a renowned French philosopher and mother is the abstract lyrics painter and Tibetan Buddhist called nun Yahne Le Toumelin. Seems like he’s following his mom’s path. After completing the PhD degree in molecular genetics at Pasteur Institute, Matthieu decided to .
Read More

7
Jan
2018
Biography, Buddhism, Dalai Lama Quotes Sadiksha Leave a Comment
H.H. the 14th Dalai Lama, Tenzin Gyatso, is the simple Buddhist monk. He was born on 6 July 1935 in Taktser, Amdo, northeastern Tibet. Born in a small family of Tibet, he spent the major part of his childhood in farming and kinds of stuff. He grew up to be a spiritual leader of Tibet. Soon after his birth, he was named as Lhamo Thondup that means ‘Wish-Fulfilling Goddess.’ Early Education Like every Tibetans, His Holiness .
Read More