Situation of Temples After Earthquake

Situation of Temples After Earthquake

The earthquake of April 25, 2015, did not only harm the lives of Nepalese people but also did a serious damage to the historical and the religious monuments. It has already been more than two years but many temples are not still renovated. There is a number of donations coming from national and international level still temples are not repaired. Let’s have a glimpse of temples destructed during the devastating earthquake and their condition after nearly 3 years.

Situated on the hilltop of the Kathmandu Valley, Swyambhunath Temple is specially dedicated to the Lord Buddha. It is supposed to be built during the 5th century, and the earthquake of 2015 did quite harm to the temple. Though the quake did not do any harm to the main temple of the Swyambhunath, the smaller temples around the temple area were devasted. The renovation of temple area is still going on.

Baudha Stupa is one of the most visited destinations of Monks and other peace lovers. It is the major area of tourist attraction. The earthquake had done a serious damage to the Baudha Stupa. The Stupa is already in the original shape after the renovation. The repair work nearly lasted for two years and now the shrine is really majestic and beautiful as the original one. 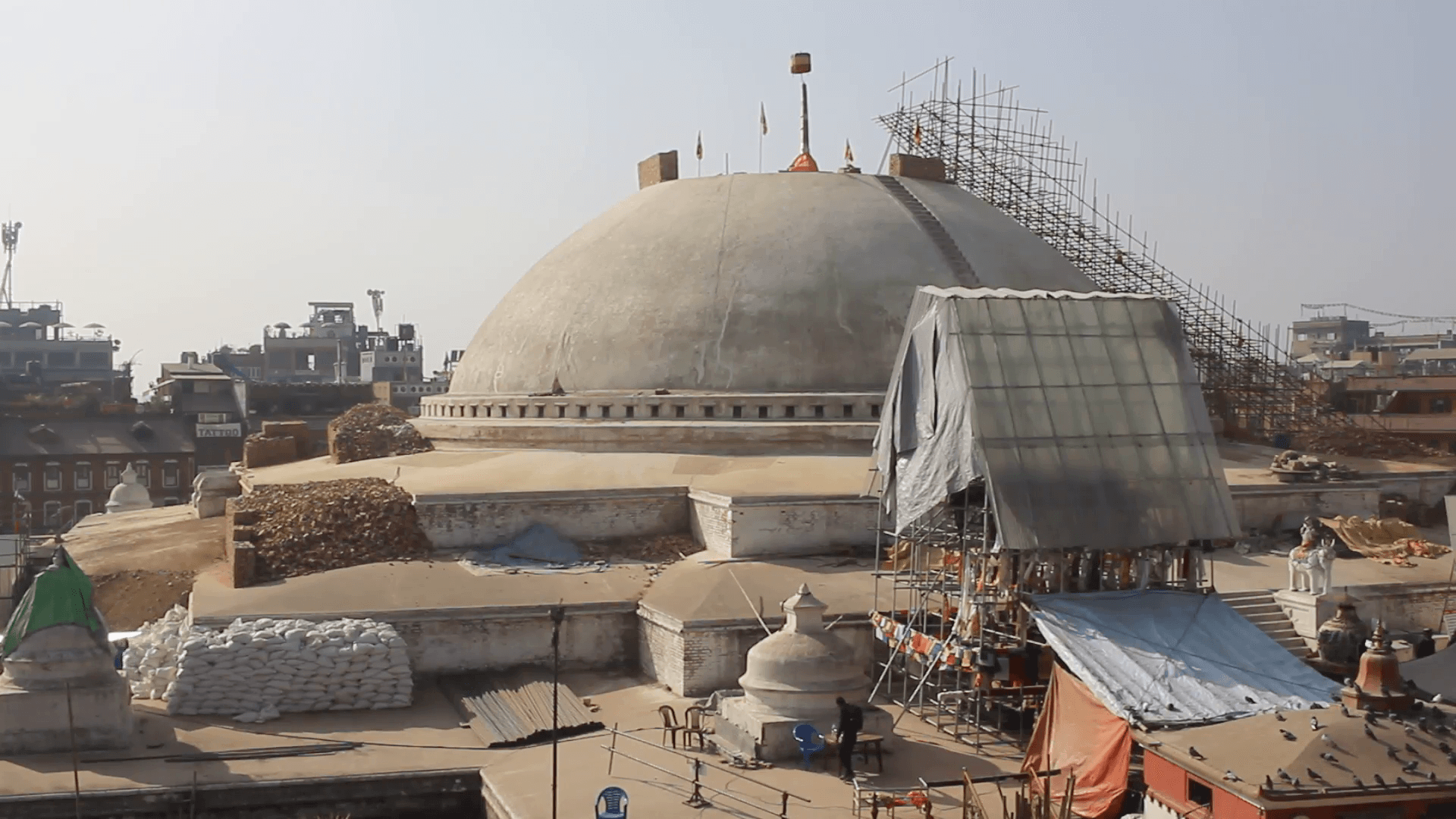 400-year-old Manakamana temple was also ruined by the massive earthquake of 2015. The temple of Hindu Goddesses Bhagwati had to stand in support of wooden pillars. The main temple including the sub-temples was hugely damaged. The temple was renovated under the supervision of the Department of Archaeology and it is in the original form already. The temple can also be reached via a cable car. More than Rs. 50 million funds were collected from devotees for the sake of renovation. 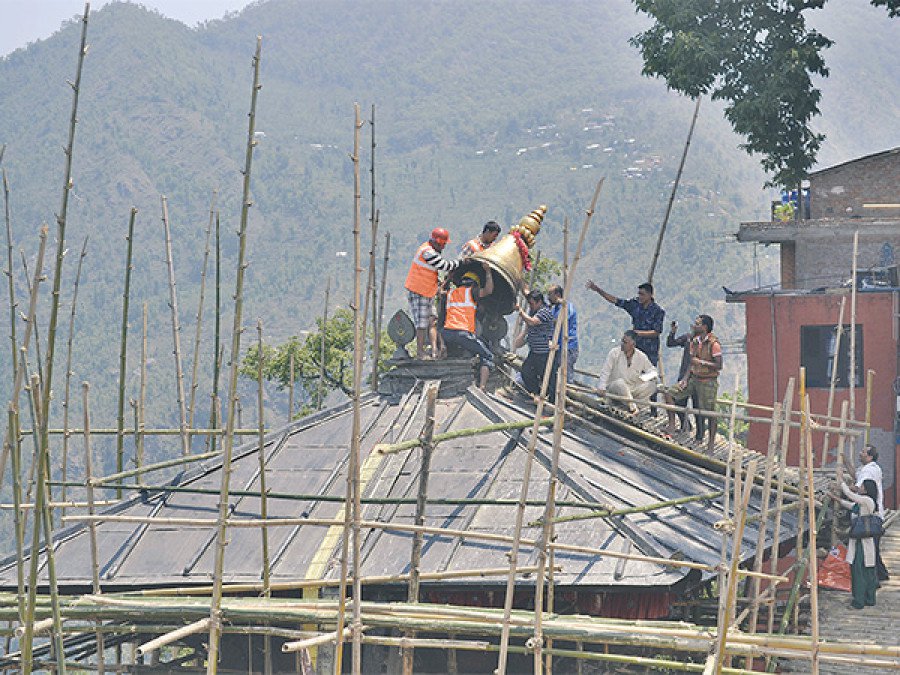 During renovation of Manakamana

Changu Narayan Temple is one of the oldest Hindu temples in the world. The devastating earthquake that took place on April 25, 2015, did not do any harm to the main temple of Changu Narayan but did a serious damage to Krishna Mandir located near the main temple. It also destroyed the living traditional museum. Though there has been some preservation works the temple does not shine like the original one. 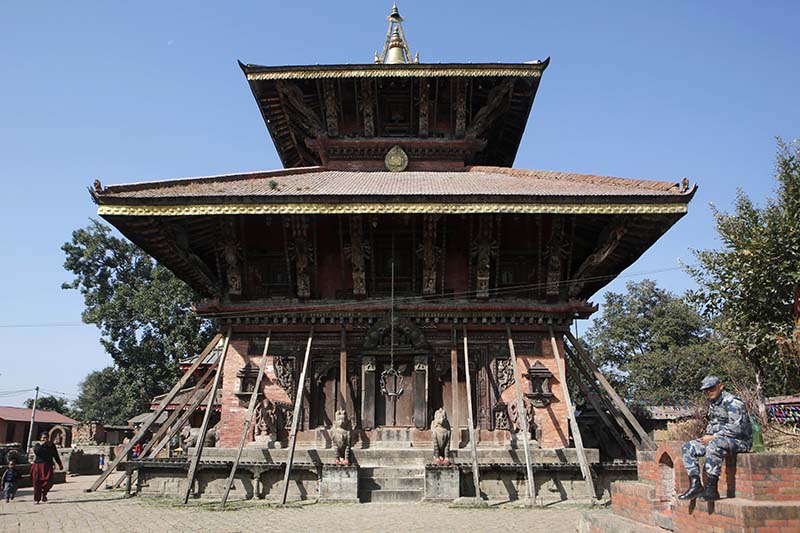 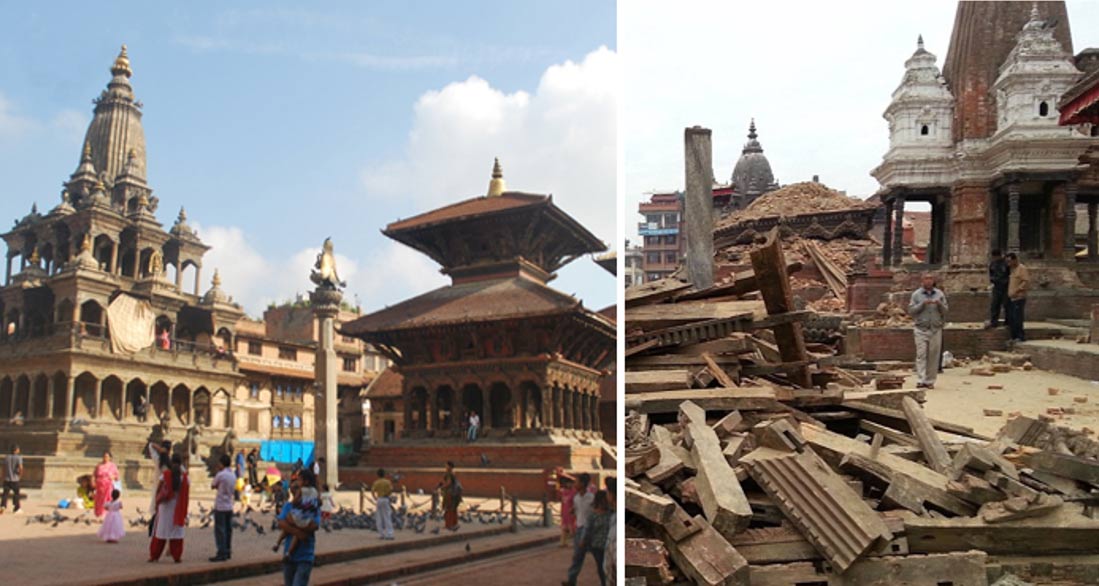 The Kastamandap was completely destroyed as a result of the devastating earthquake. The major place of tourist attraction, Kathmandu Durbar Square was also damaged. The southern part was more messily devasted. The repair of the square is happening almost after 2 years of damage and is in the process. The reconstruction Kastamandap has not been started yet. Let’s hope it will get renovated in near future.

Along with these popular temples, many monasteries and gumbas have been ruined down. What might be the possible reasons for the complete reestablishment of the shrines and the monuments? Is it lack of donations? The answer is, Big No! There have been a number of donations from different organizations in and out of Nepal. UNESCO (United Nations Educational, Scientific and Cultural Organization) has already donated a large amount of money for renovating the temples and the cultural monuments. The number one reason is due to the absence of the local government. The millions of aid from international organizations were not used effectively due to lacks effective and enforceable mechanisms to monitor the use of humanitarian support.

It’s never too late to rebuild our culture and tradition. The aids and donations can be properly circulated to the related associations and the remaining temples and monuments can be renovated. Doing so can attract a large number of tourist for tourism year 2018/19.