The Noble Truth Of Suffering 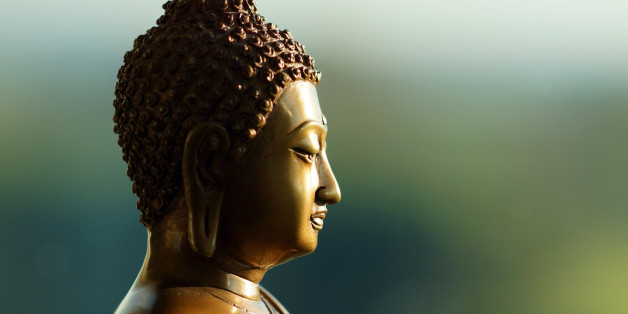 The Noble Truth Of Suffering

It has it been said by the Buddha, the Enlightened One: It is through not understanding, not realizing four things, that I, Disciples, as well as you, had to wander so long through this round of rebirths. And what are these four things? They are the Noble Truth of Suffering,

As long as the absolutely true knowledge and insight as regards these Four Noble Truths was not quite clear to me, so long as I not sure, whether I had won that supreme Enlightenment which is unsurpassed in all the world with its heavenly beings, evil spirits, and gods, amongst all the hosts of ascetics and priests, heavenly beings and men.

But as soon as the absolutely true knowledge and insight as regards these Four Noble Truths had become perfectly clear to me, there arose in me the assurance that I had won that supreme Enlightenment unsurpassed. And I discovered the that-profound truth, so difficult to perceive, difficult to understand, tranquilizing and sublime, which is not to be gained by mere reasoning, and is visible only to the wise. The world, however, is given to pleasure, delighted with pleasure, enchanted with pleasure.

Verily, such beings will hardly understand the law of conditionality, the Dependent Origination of everything; incomprehensible to them will also be the end of all formations, the forsaking of every substratum of rebirth, the fading away of craving; detachment, extinction, Nirvana. Yet there are beings whose eyes are only a little covered with dust: they will understand the truth.

THE NOBLE TRUTH OF SUFFERING

WHAT, now, is the Noble Truth of Suffering?

What, now, is Birth?

The birth of beings belonging to this or that order of beings, their being born, their conception and springing into existence, the manifestation of the groups of existence, the arising of sense activity-this is called Birth.

And what is Decay?

The decay of beings belonging to this or that order of beings; their getting aged, frail, grey, and wrinkled; the failing of their vital force, the wearing out of the senses-this is called Decay.

And what is Death?

The parting and vanishing of beings out of this or that order of beings, their destruction, disappearance, death, the completion of their life-period, dissolution of the groups of existence, the discarding of the body-this is called Death.

And what is Sorrow?

The sorrow arising through this or that loss or misfortune which one encounters, the worrying oneself, the state of being alarmed, inward sorrow, inward woe-this is called Sorrow.

And what is Lamentation?

Whatsoever, through this or that loss or misfortune which befalls one, is wail and lament, wailing and lamenting, the state of woe and lamentation this is called Lamentation.

And what is Pain?

And what is Grief?

And what is Despair?

Distress and despair arising through this or that loss or misfortune which one encounters, distressfulness, and desperation-this is called Despair.

And what is the “suffering of not getting what one desires?”