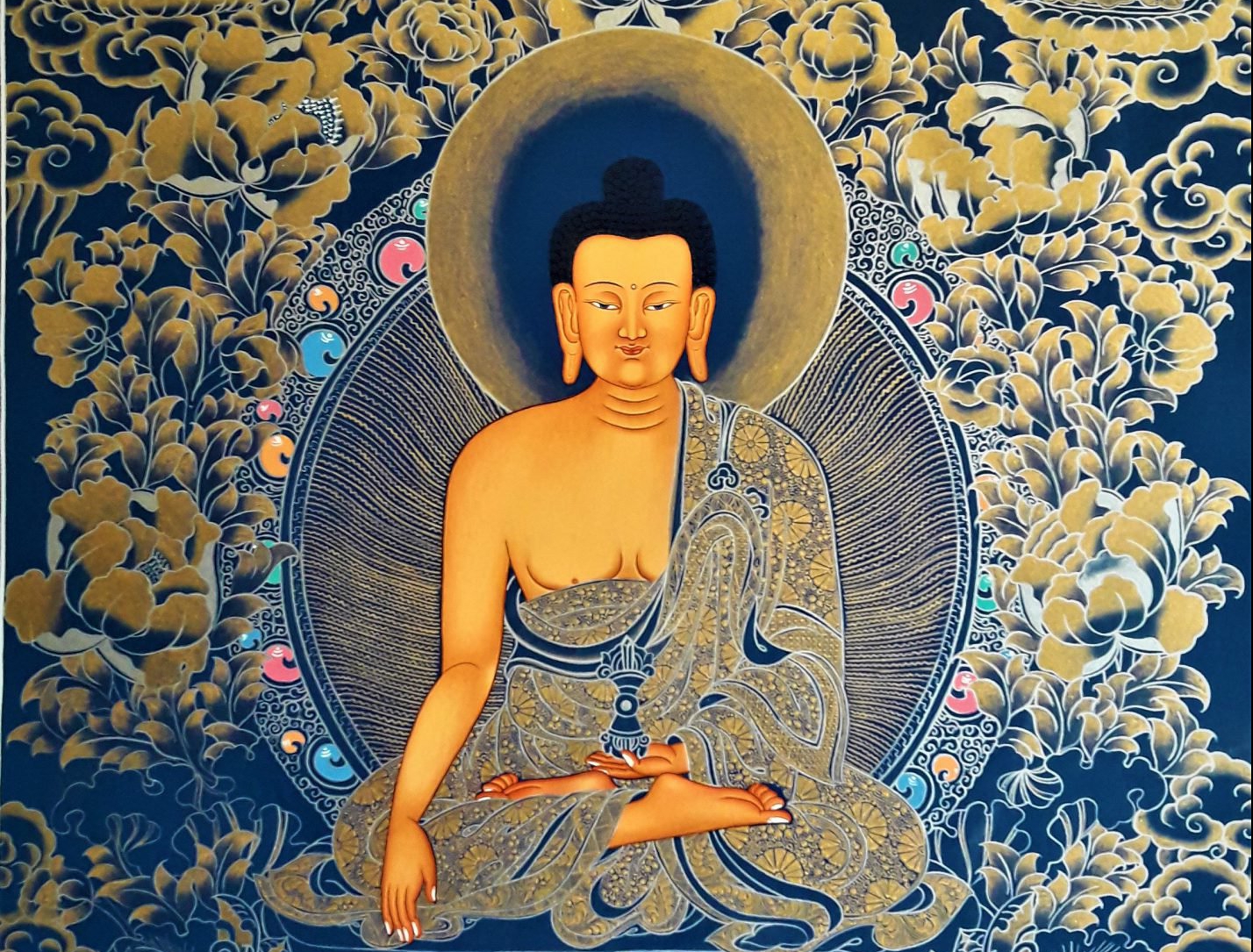 Siddhartha Guatama Buddha, also often referred to as Sakyamuni, was a spiritual teacher upon whose lessons the foundations for Buddhism were formed.

He is regarded as the Supreme Buddha and is the first enlightened individual to be visualized. Despite some confusion from those who do not follow Buddhism, it is important to note that the Buddha was not considered to be a God.

He was rather a mere human, like the rest of us, who was able to develop an extraordinary perception about existence. This perception helped him to rid his mind of the things that cause us all a level of suffering; craving, hatred, and delusion.

This, in turn, helped him to attain levels of true peace and contentment – and remain free from the suffering of sentient beings.

Shakyamuni is a name for the nirvana-kaya aspect of the Buddha and is therefore considered by Buddhists to be synonymous with the historical Buddha. In early texts the Buddha is most often referred to as Bhagavat or “the Blessed One”, or as Gautama (Pali Gotama) his clan name.

He refers to himself as tathagata or Sugata. We refer to him as “the Buddha”. Buddha is the past participle of the verb budh (‘to awaken’) and thus means ‘awakened’.

It is said that the historical Buddha grew up in a life of luxury but after seeing that everyone would grow old, become ill, and die, he abandoned his home and joined a group of ascetics seeking the way beyond death.

Subsequently, he abandoned severe asceticism as well and pursued a middle way between hedonism and asceticism that enabled him to make a decisive breakthrough known as bodhi, awakening, usually translated as enlightenment. He spent the rest of his life teaching others how they could also awaken.

In the Shingon school, the seed-syllable of Sakyamuni is bhah

This comes from the first letter of the most common way of addressing, or referring to, the Buddha Bhagavan with the visarga (ḥ).

The visarga is a common indicator of a bija in early tantra but is eclipsed by anusvara (ṃ) in later traditions.

As with the majority of mantras, there can be several types of meanings associated with the Shakyamuni Buddha mantra; however, it is possible to come up with several literal English translations so that the true essence of this powerful mantra can be better understood.

Shakyamuni Buddha together with Shariputra and Maudgalyayana Thangka 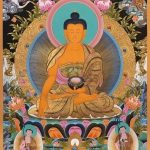 Shakyamuni Buddha together with Shariputra and Maudgalyayana Thangka is handpainted by Master Thangka Artist from Nepal. The size of the thangka is 76*50cm.
Buddha Thangka Painting

Ritual Thangka Gallery is located in Kathmandu, Nepal. It is one of the oldest galleries in Nepal. We offer all kinds of thangka paintings to Buddhist practitioners as well as art lovers alike. We strive to provide our customers with authentic and high-quality thangka paintings so that we can preserve and share this ancient form of art with all the spiritual followers and art lovers all over the world. Thank you. View all posts by sadiksha →