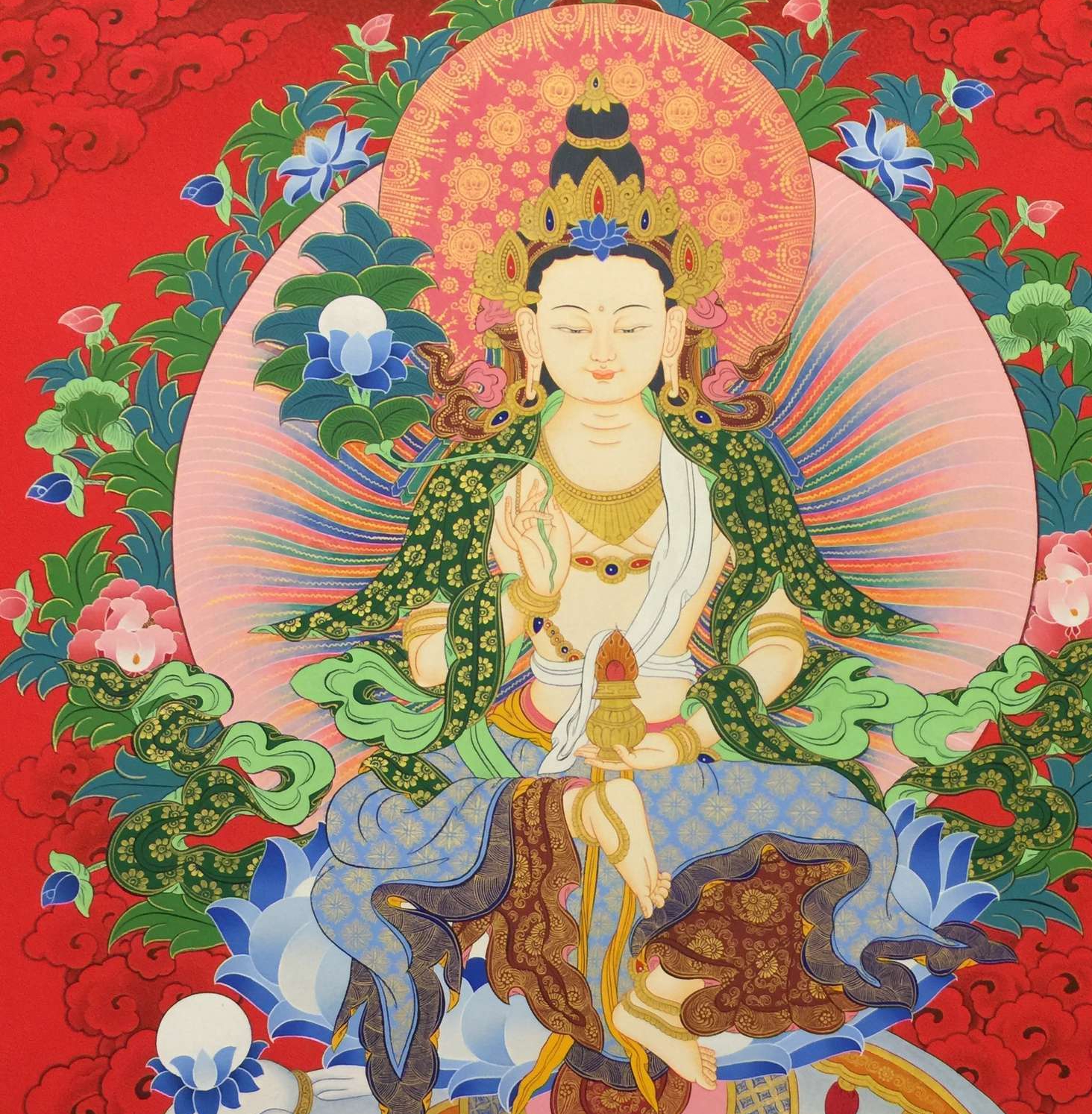 Samantabhadra (Sanskrit: ; lit. “Universal Worthy”, “All Good”) is a Buddhist bodhisattva who is linked to practice and meditation. In Mahayana Buddhism, he forms the Shakyamuni Triad with Gautama Buddha and the bodhisattva Majur. He is the patron of the Lotus Sutra and is said to have taken the 10 great vows that form the foundation of a bodhisattva, according to the Avatamsaka Sutra.

In Mahayana Buddhism, Samantabhadra is a bodhisattva (buddha-to-be) who represents benevolence or happiness. He is frequently depicted in a triad with Shakyamuni (the Buddha) and the bodhisattva Manjushri, either on a three-headed elephant or a single-headed elephant with six tusks.

What is the mantra of Samtabhadra?

The Mantra of Samantabhadra is OM SAMANTABHADRA MAHAMETTA HUM.

What is the meaning of Samantabhadra Mantra?

Om is beyond words the naturally occurring living dharmakaya.

Mahametta: Samantabhadra is great love (Mahametta), a capacity for magnanimous acceptance of the legitimacy of ‘other’ in dynamic co-existence with oneself, rooted in the growing biology of love, intimacy, and mutually interdependent responsiveness.

Hum : The flawless co-emergence (sahaja) – the seamless integration – of all the attributes listed above. 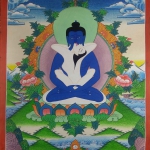 Samantabhadra art is a beautiful hand-painted thangka in cotton canvas. Samantabhadra is one of the oldest & among the most complex Buddhism. The represents the realization & flowering of pure consciousness.
Samantabhadra Art Online