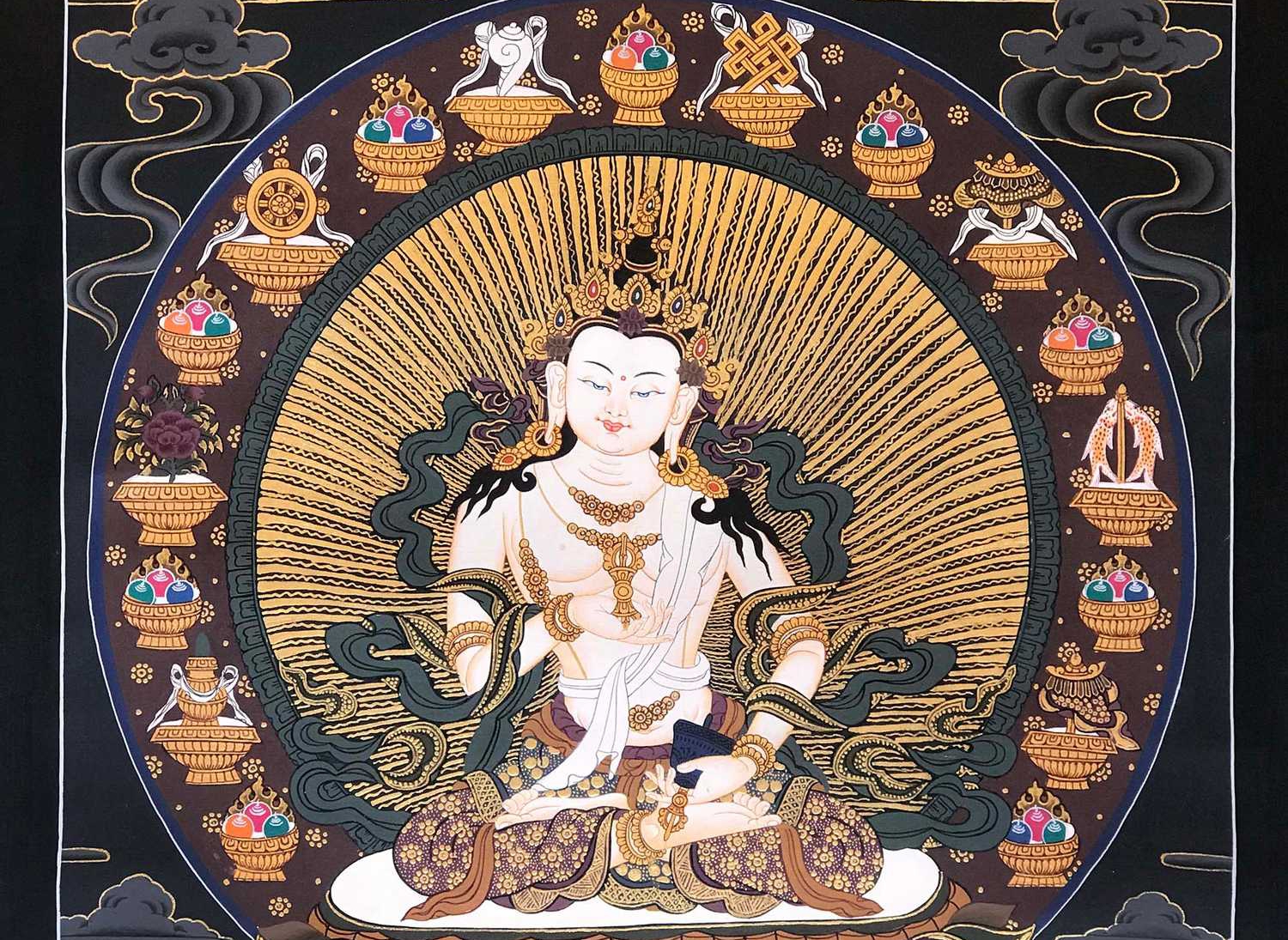 The Bodhisattva Vajrasattva represents primordial purity. We can clean our minds of greed, hatred, and delusion by meditating on him. He carries a vajra thunderbolt in his heart, which signifies his upaya, or talent in liberating creatures via compassion.

Vajrasattva is a significant figure in the tantric Buddhism of the Kathmandu Valley’s Newar people. He is commonly invoked in the guru maala, which is the fundamental ritual for all other Newar Buddhist rituals as well as the daily duty for Newar priests.\

Vajrasatva is the esoteric element of the bodhisattva Samantabhadra and is often connected with the student practitioner who gains an ever-enriching delicate and rarefied basis in their esoteric practice through the master’s teachings.

What is the meaning of Vajrasattva Mantra?

The mantra of Vajrasattva is om Vajrasattva hum. The Vajrasatva mantra is thought to have the power to cleanse karma, bring tranquility, and promote enlightened behavior in general.

What are the benefits of the Vajrapani Mantra?

Vajrasattva Mantra is often chanted to purify the negative karma of the individual. 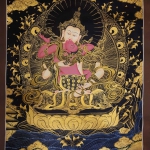 Meditation painting – Vajrasattva is handpainted in Nepal by using traditional Color. Vajrasattva (Yab-Yum) is the archetype deity. He is supplicated in the special yoga of repentance that employs his well-known hundred syllable mantra.
Vajrasattva Painting Online