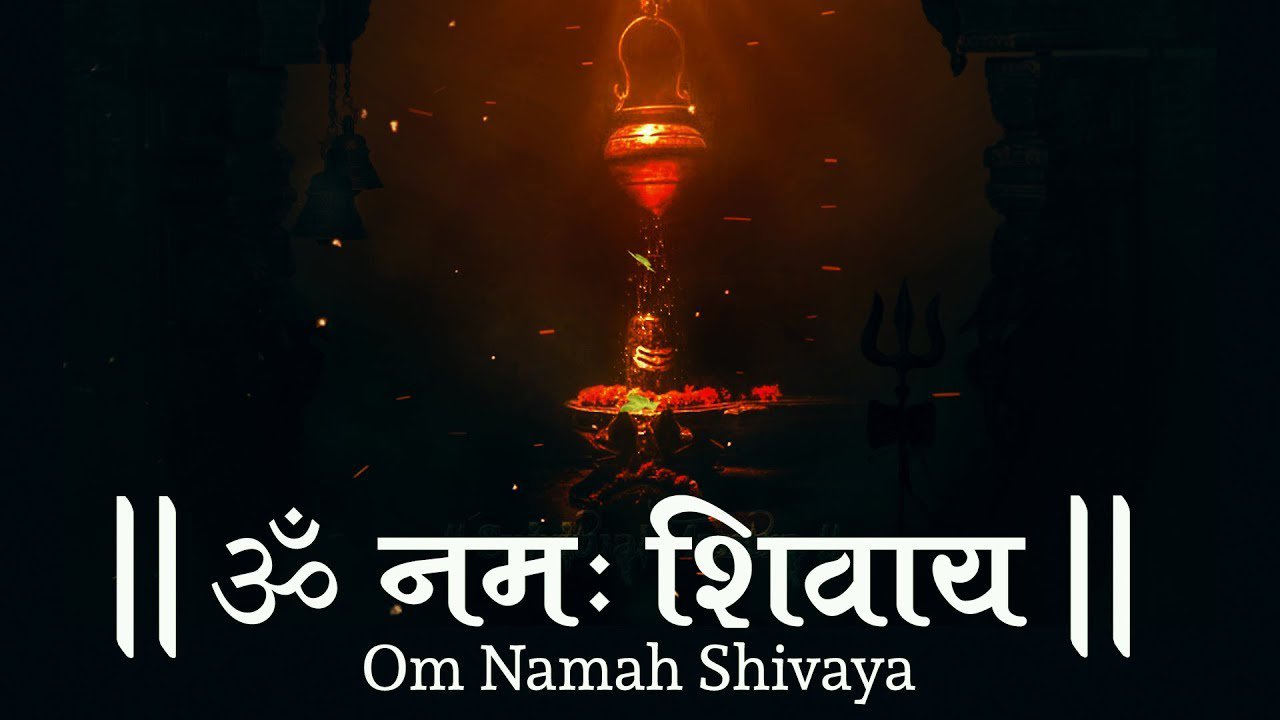 Om Namah Shivaya is an important and popular mantra in Hinduism and Shaivism. It is the mantra dedicated to Lord Shiva. Shaivism is a sect that claims that the most important God is Shiva. The origin of this mantra dates back to thousands of years and is mentioned Krishna Yajurveda in the Shree Rudram hymn. And also in Rudrashtadhyayi which is a part of the Shukla Yajurveda.

It is referred to as Shiva Panchakshara or simply Panchakshara, meaning the mantra of “five syllables” (excluding Om).

The Gem of All Life (Jiva-Ratnam) is said to be the name of Shiva. ‘Shiva’ simply means auspicious. The Lord is so full of love that it’s said that love itself is Shiva.

Who is Lord Shiva? 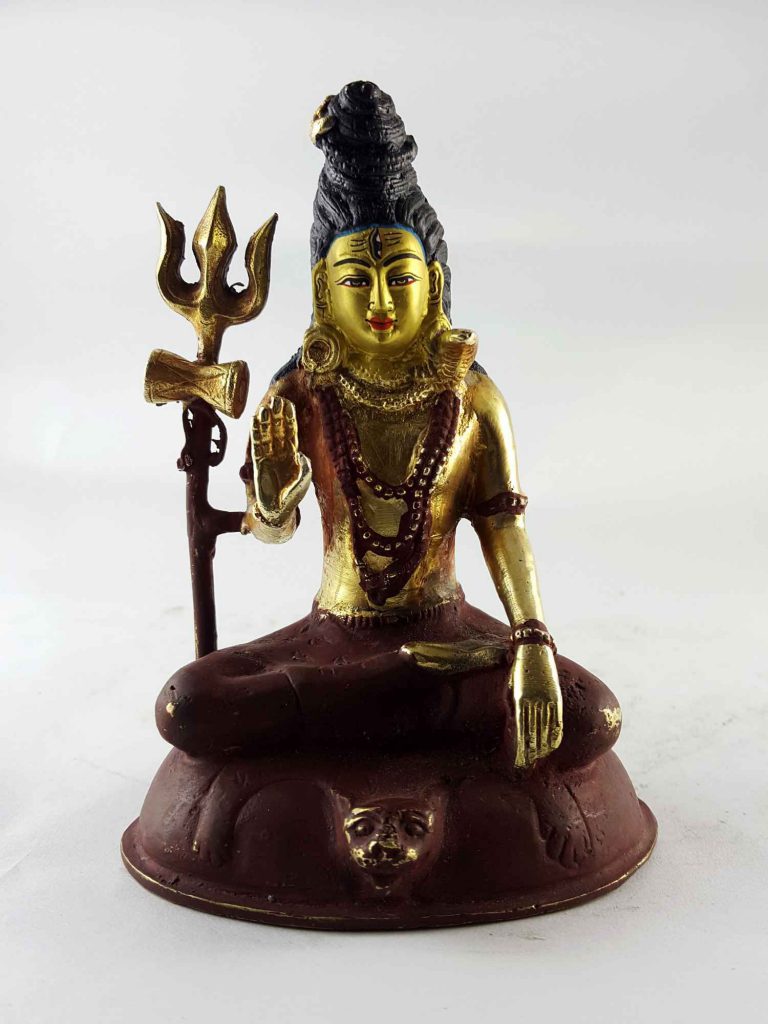 Sha stands for Shareeram or body

Va stands for Vayu or motion Thus, Shiva represents the body with life and motion.

Shiva means the universe. Shiva represents the universe as a whole and the energies within it. Whether you pray to Allah, Christ or Buddha does not matter; they are all the same energy that leads to a single path of light.

The manifestation of the formless Shiva is everything, all shapes. Shiva is the consciousness that is present everywhere; it is a field of energy.

Om, the primordial sound, also called the sound of the creation of the universe. It is the first sound that arose before existence from the emptiness and silence that has remained thereafter.

Shiva is another name for Rudra: ‘Rudra – the Benevolent’, ‘ the Destroyer of Evil’. When we pray to Lord Shiva, the Lord of transformation, all the negative energy around us (sickness, sadness, and unhappiness) transforms into peace, prosperity, and joy.

The Sanskrit word ya translates into the soul. 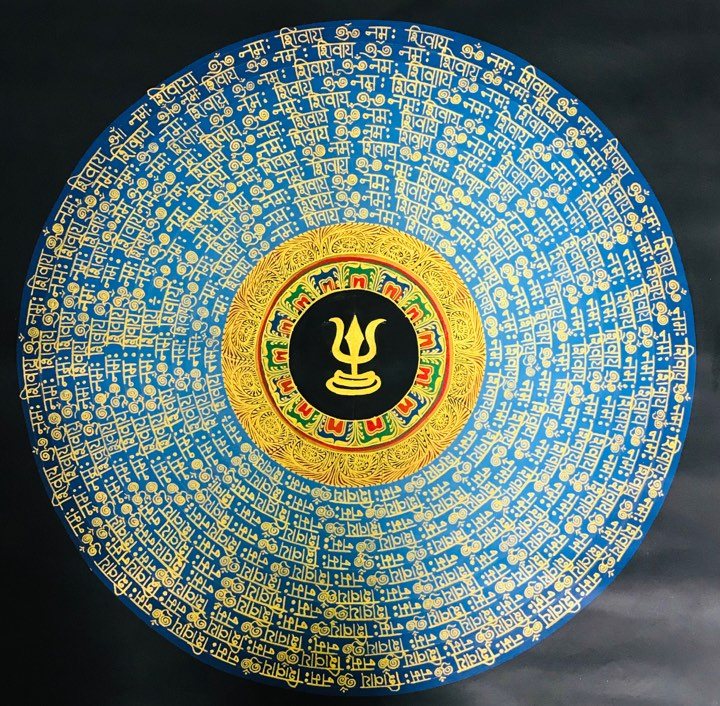 The mantra of Om Namah Shivaya has a connection with chakras, Panchavoot (five elements) in our body, different levels of existence, and also believed as the representative of the entire Vedas.

The Na falls into the first chakra, the base position that embodies earthiness and resilience and has a lot to do with an emotional life that is survival challenges, the right to belong and have. It is located at the end end of the coccyx bone at the base of the spine.

The Ma rises to the second chakra, and conflicts around lust and obsession, the right to feel and to desire. It is located four-inch above the first chakra.

The Si is located in the solar plexus and rises to the third chakra. The emotional problems are based on personal power, the right to act and stand in one’s power.

Va rises slightly higher the fourth chakra or heart. This chakra is the first to move beyond the lower three densities of the animal soul and enables an opening to love, the right to love and to be loved.

Ya resonates in the middle of the fifth chakra or throat. It also addresses the problems and issues related to speech, the right to talk and to be heard.

The five syllables (Na-Ma-Shi-Va-Ya)  represent the five elements and are as follows:

Na is earth. Ma is water. Shi is fire. Va is wind or air. Ya is space or sky.

Thus, while chanting “Om Namah Shivaya” we are bowning to Lord Shiva with all our heart, soul, body, energy, and intellect.

The best time to chant Om Namah Shivaya is during sunrise and sunset. Even if you skip these times, don’t worry, this powerful mantra will help all Prahars (a time unit in Vedic Astrology, approximately three hours long) of the day.

It is a good practice to chant Om Namah Shivaya 108 times, but  A slow chanting of each word Om, Namah, and Shivaya along with Ujjayi Breath gives the three-fold benefit of chanting, pranayama, and meditation. When you are in the comforts of your home you can do slow chanting, whereas if you are outside one can opt for normal chanting.

While chanting you should be aware and alert of Shiva Tatva that is within you. 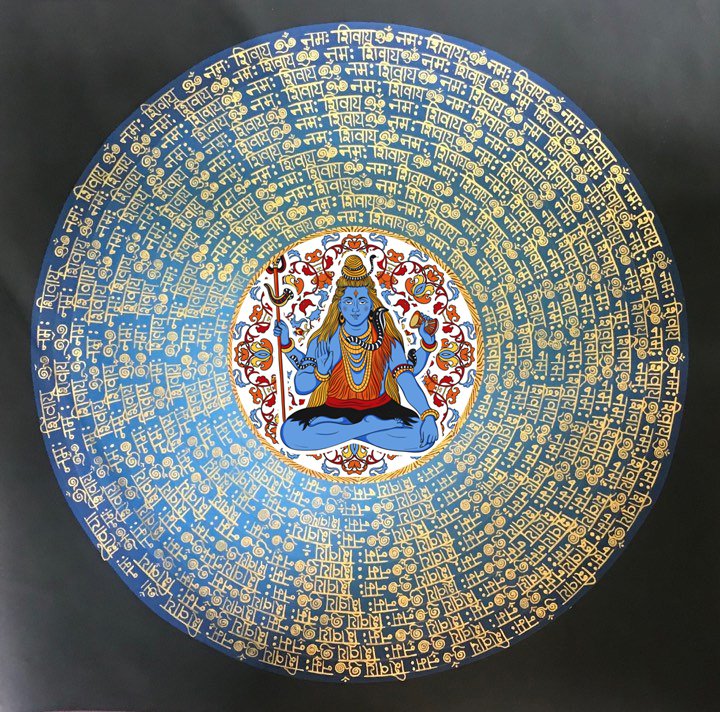 Om Namaha Sivahaya mandala with shiva in the center 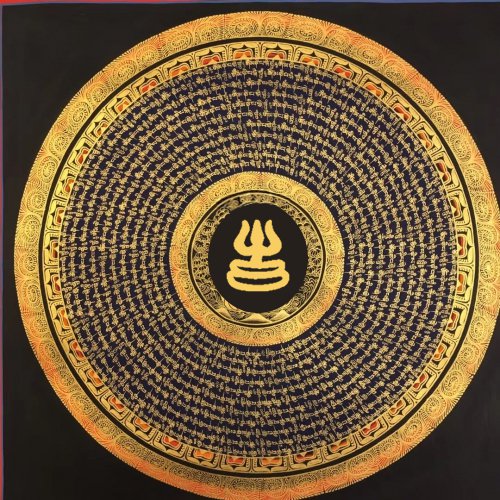 Regular chanting of Om Naham Shivaya opens up and balances all your chakras and the five elements in the body.

The nine planets and 27 constellations affect our life in positive as well as negative way. Since Shiva Tattva is the presiding force and also regulates the planets, chanting Om Namah Shivaya can help nullify the effects of malefic planets to a certain extent.

It balances your external and internal environment in a very subtle form.

It works on creating a labeling force between the macro-causal and the micro-causal, hence brings centeredness within your being, spiritually, and also balances physical aspects of manifestation.

Eventually, chanting helps one meditate. Meditation requires concentration, which is hard to accomplish. But, the mind gets concentrated when you chant with concentration. For children, this is possibly why chanting is so sweet. “It synchronizes body, mind, voice, and breath and induces inner peace, paving the way for spiritual awakening.”