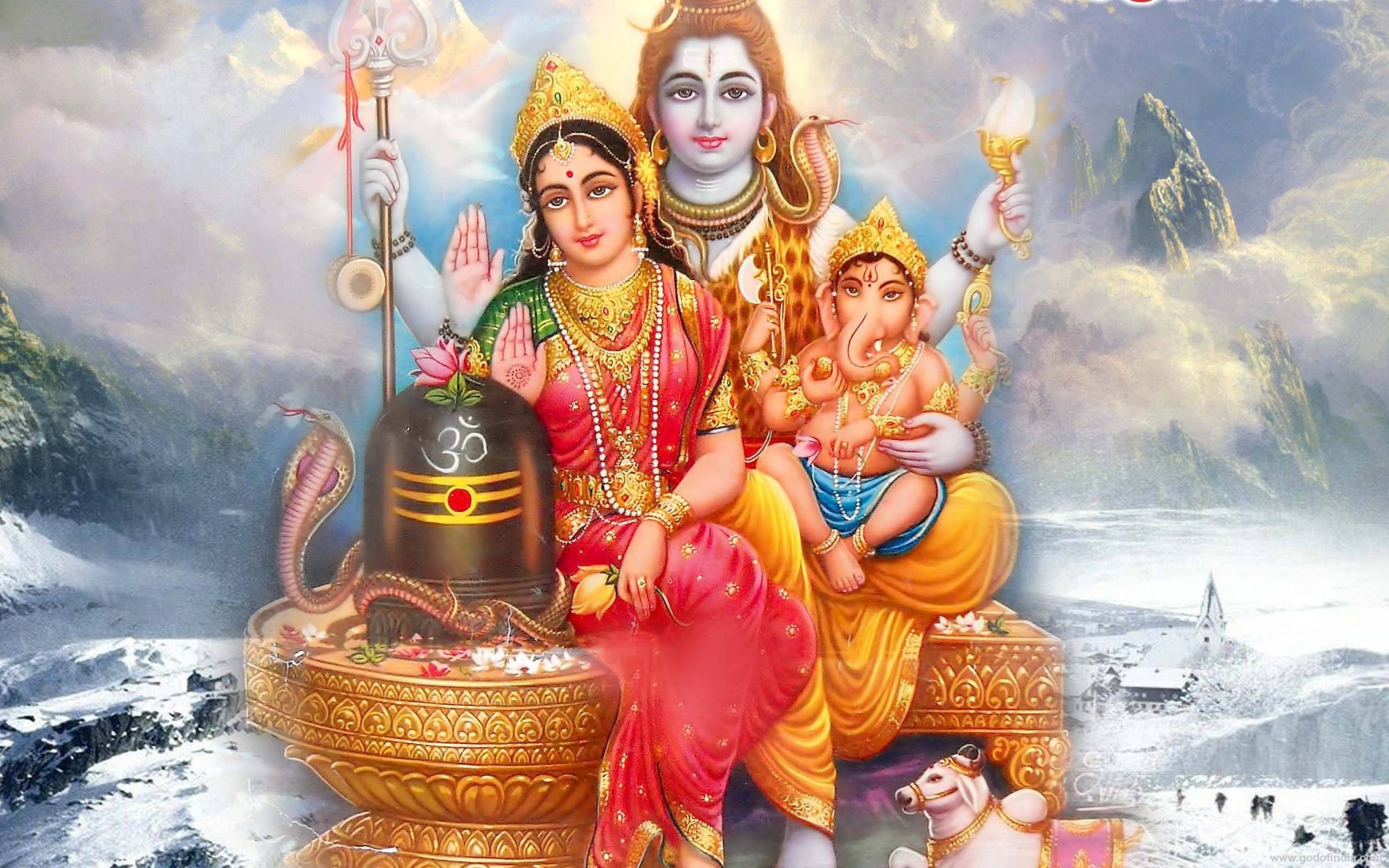 Parvati is a Hindu goddess. She is the symbol of divine strength, power, love, and productiveness. she is a daughter of the  Lord of the Mountains and queen Mena, as she was given a name “Parvati”. Parvati is known as the mother goddess in Hinduism. She is also known as Uma.

She is also known as Adi-shakti. She is called by different other names in Hindu religion such as kali, Goddess Laxmi, Adi Parashakti, Shakti, Devi, Durga, Tripura Sundari, Sati, Saraswati, Tridevi, Chinnamasta etc. Parvati is the wife of Lord Shiva. The couple had two children. They are known as Hindu deities Ganesha and Kumar.

She is the protector and generator of the Universe and all life. she is the recreational energy and shakti of Shiva and is the cause of a bond that connects all beings and a means of their spiritual release.

It is believed that Goddess Parvati has a different incarnation form. As we know that she is known with different names and power we will go through her incarnation forms and symbolism. The Followings are the list :

Goddess Durga is known as many different names such as Amba, Shakti, Parvati, Bhavani, Devi, Adi-Parashakti. She is an incarnation of Goddess Parvati. She is a warrior goddess of Hindu mythology.

Durga is also worshiped in the form of her nine epithets called Navadurga.

Durga is depicted in the Hindu pantheon as a Goddess riding a lion or tiger, with many arms each carrying a weapon, often defeating Mahishasura.

She is a central deity in Shaktism tradition of Hinduism, where she is equated with the concept of ultimate reality called Brahman.

One of the most important texts of Shaktism is Devi Mahatmya, also known as Durga Saptashati, which celebrates Durga as the goddess, declaring her as the supreme being and the creator of the universe.

Kali is a ferocious form of Parvati, as Goddess of time and change. Kali is the fearful and ferocious form of the mother goddess. She assumed the form of a powerful goddess and became popular with the composition of the Devi Mahatmya, a text of the 5th – 6th century AD. Here she is depicted as having born from the brow of Goddess Durga during one of her battles with the evil forces. As the legend goes, in the battle, Kali was so much involved in the killing spree that she got carried away and began destroying everything in sight. To stop her, Lord Shiva threw himself under her feet. Shocked at this sight, Kali stuck out her tongue in astonishment and put an end to her homicidal rampage. Hence the common image of Kali shows her in her melee mood, standing with one foot on Shiva’s chest, with her enormous tongue stuck out. 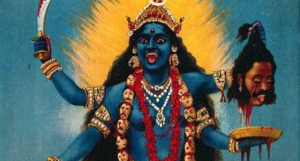 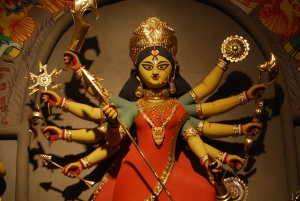 Sri Chandi is the Goddess who is the Patta Mahishi of Parabrahman. The word ‘Chanda’ hints at extraordinary traits and thus refers to the Parabrahman, who is extraordinary due to his complete independence w.r.t time and space. The word Chandi (arising from the Dhatu Chadi meaning anger) also refers to the fiery power of anger of the Brahman. The Sruti says, “mahadbhayaM vajramudyataM’, wherein the word ‘vajra’ means not any weapon but the Supreme Brahman. Thus, Chandi represents the Shakti of Brahman.

Chandi is the slayer of the demon Mahishasura.

During the Purashcharana of Chandi Navakshari, many do not know Anga Krama prescribed by the Shastras. The following are the major Anga Vidyas for Navarna Mantra.

Goddess with eyes shaped like a fish. She is Hindu goddess worshipped mainly in South India where she has a major temple devoted to her known as the Meenakshi Temple in Madurai, Tamil Nadu. She is also considered as a form of Goddess Lalitha Tripurasundari, one of the Dasa Maha Vidhyas. 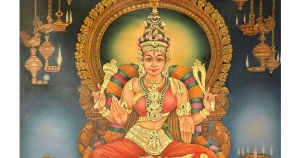 Goddess of love and devotion. The goddess Kamakshee is the form of Parvati and Tripura Sundari. The main abode of Kamakshi is the Kamakshi Amman temple at Kanchipuram. Other important forms of the goddess. Her consort is Shiva. The main temples of Kamakshi Devi in Goa are the Kamakshi Rayeshwar temple at Shiroda.

Goddess Kamakshi is considered to be the representation of Shri Vidya – Shri Lalita Maha Tripurasundari – she reigns supreme in Kanchi. The image of the goddess has been carved out of a Salagrama shila and the Meru in the temple is also made of Salagrama, believed to be consecrated by sage Durvasa, one of the renowned Shrividya upasakas. Kanchi is one of the most powerful pithas. Many literary and devotional musical compositions have been dedicated to Goddess Kamakshi.

The playful Goddess of the Universe.

Lalita is another name for Divine Mother, meaning Beautiful, Playful, and Beloved.

She is Beautiful because there is no other vision to compare with the Divinity of Existence. She is Playful because all that we perceive is part of God’s drama. She is Beloved because the Love of God is pure.

Lalita also means who orders and organizes Creation. She orders all of the karma of creation. All actions are authorized by Her, and everything we do is for Her, whether we know it or not.

When She approves actions, She gives the fruit of righteous conduct. When we stray from the path of dharma, She immediately sends us conflict and confusion. Our compassionate Divine Mother grants us the fruit of our actions, and thus, we learn which actions will bring us closer to Her.

All existence, in reality, is the Divine Play (the Lila) of the Mother of the Universe. Everything we perceive is part of this Lila of God, which plays out on the stage of consciousness. Essentially, we are all, actually, parts of Divine Mother. Whether we are aware of it or not, we are constantly seeking to show our love for Divine Mother, Lalita, through all of our actions.

Akilandeswari is one of the main forms of the Hindu goddess, Parvati. The famous abode of Akilandeswari is the temple of Thiruvanaikoil. Other important forms of Parvati are Meenakshi of Madurai, Kamakshi of Kanchipuram and Vishalakshi of Varanasi.

The deity’s name means Supreme Goddess who rules the Universe. 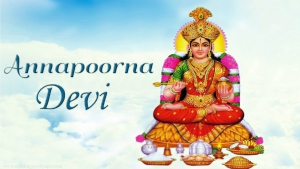 She is the goddess of food and nourishment in Hinduism. Worship and offering of food are highly praised in Hinduism and therefore, the goddess Annapurna is regarded as a popular deity. She is an avatar of Parvati, the wife of Shiva. 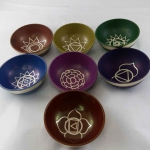