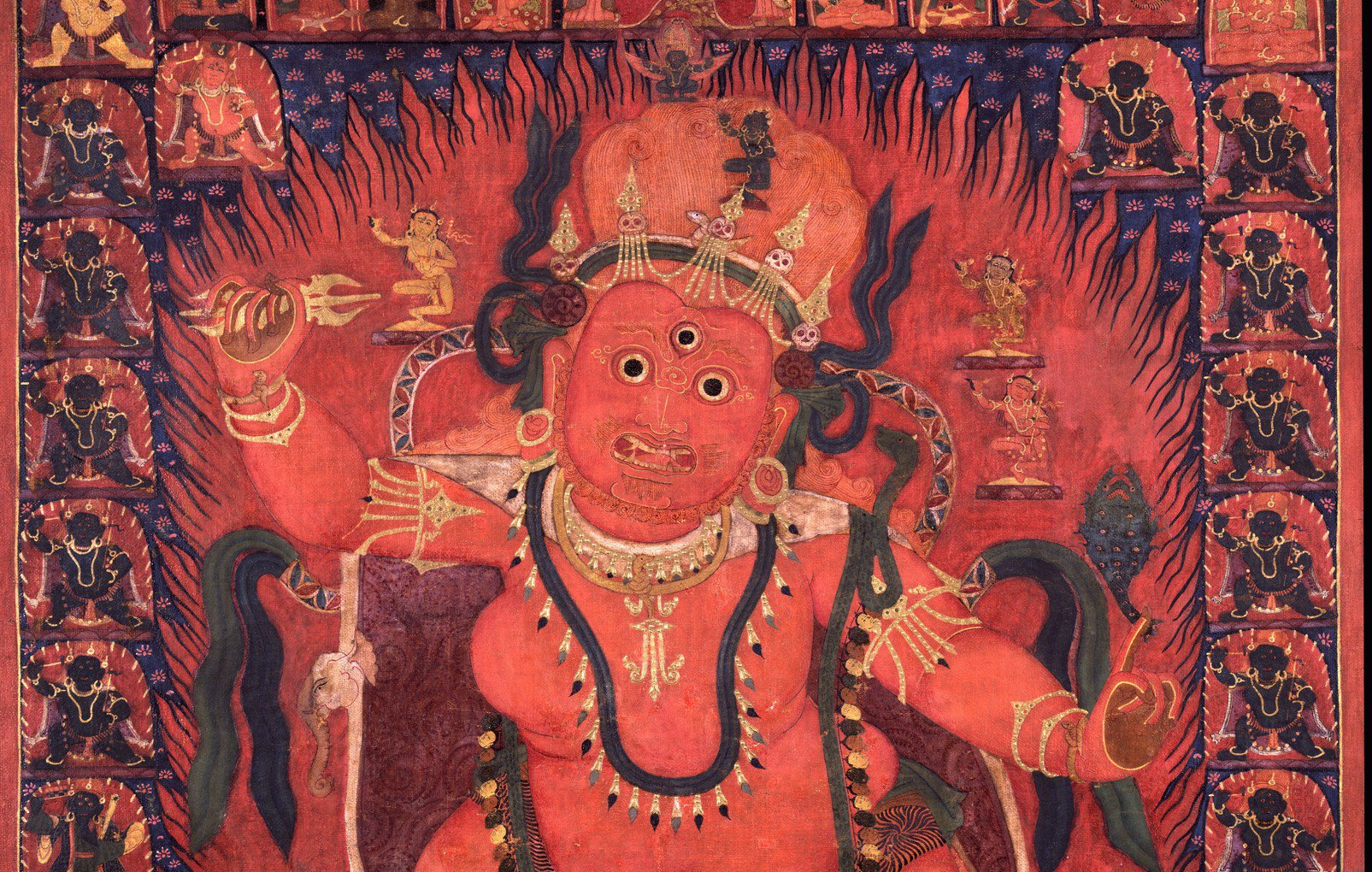 He was born out of lotus flower (the Padma means lotus-born) in the lake of Dhankasha in Udiayana, an ancient city of India. He earned a great fame as the powerful exorcist and was invited by King Trisong Detsen to come to Tibet to subdue evil opponents through his charms and spells. He lived fifty years in Tibet. He is depicted as seated on a lotus blossom. His body is flesh-colored but his expressions are varied. He wears a magical folded red hat and is always shown with a mustache. He holds a Vajra (Dorjee) in his right hand and a skull cup (patra) with a vase of immortality (ambrosia).

Padmasambhava was the most powerful apostle of Tantricism. He is a very eminent saint in the spiritual lineage of the Nyingmapa order of Tibetan Buddhism and was, in fact, the founder of Nyingmapa.

He carries a tantric staff (khatvanga) surmounted with a trident in the fold of his left arm. Reciting his mantra can dispel all negative forces and protects you from obstacles.

What is the meaning of Padmasambhava Mantra?

What are the benefits of the Padmasambhava Mantra?

Padmasambhava Mantra is often chanted to become attractive to others and without an effort you will get food, wealth and all that is necessary in life. 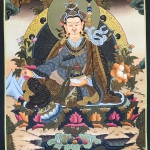