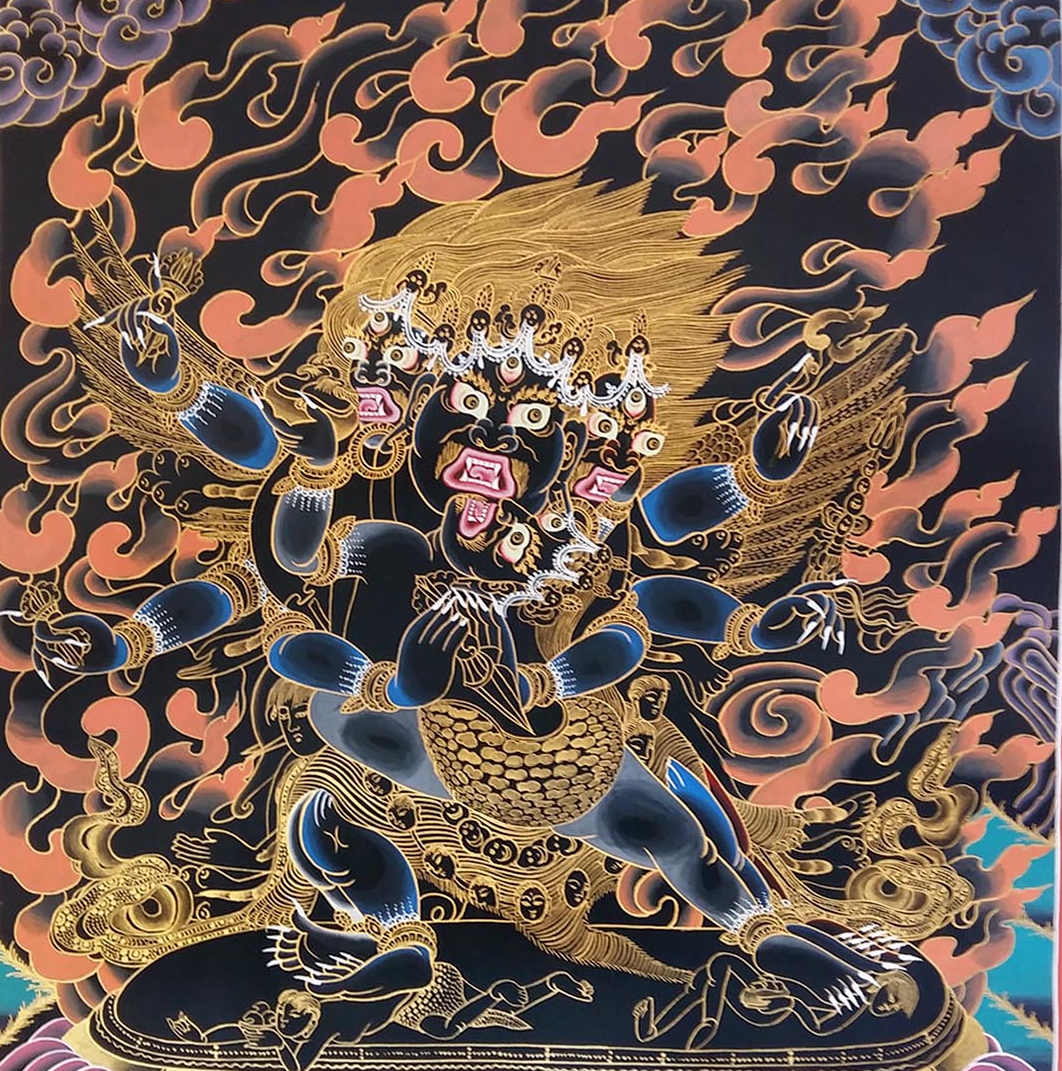 Vajrakilaya (Dorje Phurpa), also known as Vajrakumara (Dorje Zhonu, Youthful Vajra), is a wrathful Heruka god who represents all the Buddhas’ enlightened action. Vajrakilaya is one of the Nyingma tantras’ eight Heruka deities. Guru Padmasambhava’s personal meditational deity is Vajrakilaya. When several hurdles appeared in his path, he engaged in meditation on Vajrakilaya.

Vajrakilaya is the Buddha Vajrasattva’s wrathful form. He is distinguished by the fact that he wields the phurba dagger (see Kla (Buddhism)). Indeed, the word “Vajrakilaya” designated both the kila, and its ritual use, and the deity. Vajrakilaya is commonly represented with three faces of different colors in a crown of skulls.

What are the benefits of Chanting Vakrakilaya Mantra?

In Tibetan Buddhism, the Vajrakaliya mantra is regarded as one of the most powerful mantras for removing difficulties from one’s life. Vajrakilaya practice can assist all sentient beings in overcoming inner fear, cutting self-clinging, and understanding and realizing the mind’s nature. 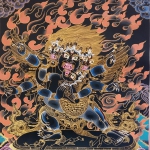 Vajrakilaya Tibetan thangka is a beautiful hand-painted thangka on cotton canvas. Vajrakila is usually the first introduction to a wrathful tantric deity. Vajrakila is a powerful personification of the diamond-tipped peg symbolizing the power of ‘one-pointed concentration which transfixes negative energies that obscure spiritual truth & awakening.
Vajrakilaya Tibetan Thangka