3 stages of Evolution of Tantric Buddhism 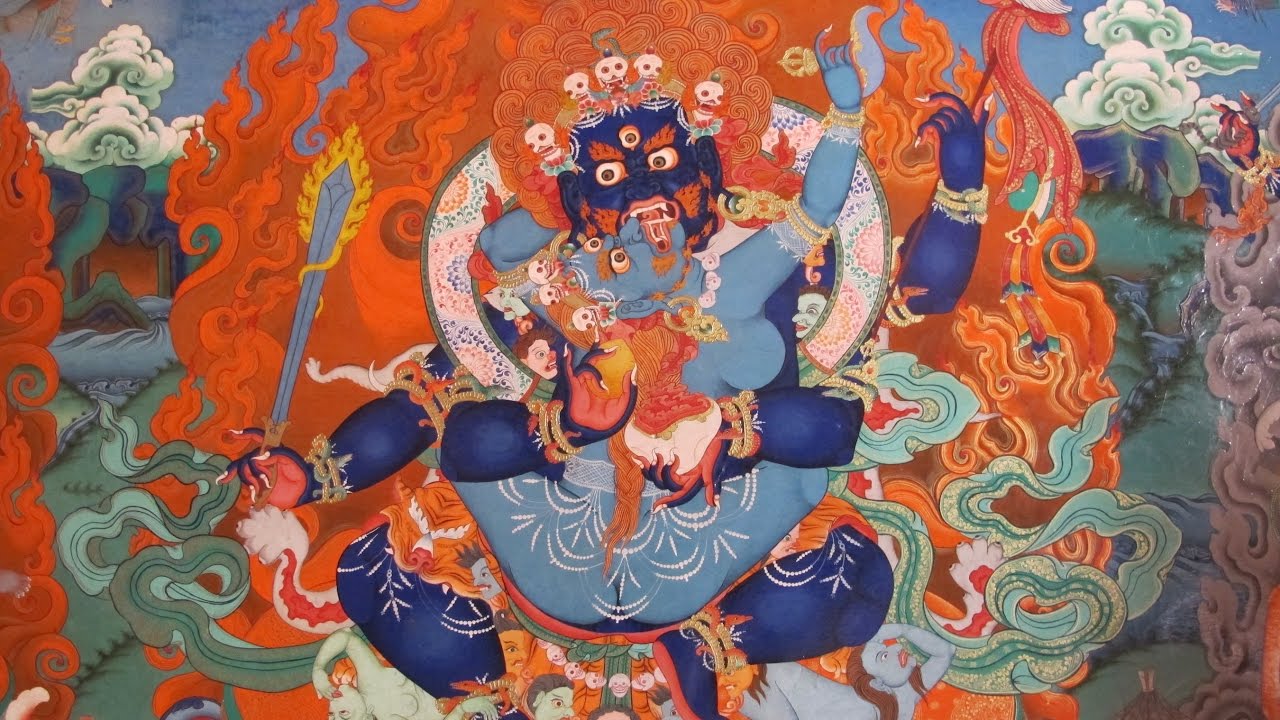 3 stages of Evolution of Tantric Buddhism

Tantric Buddhism usually refers to a special esoteric school of Buddhist philosophy, practice, and art ‘based on treatises known as tantras’.

It emerged in northeast India during the fifth or sixth centuries CE and then formed its distinctive features around the seventh century CE. Afterward, it expanded geographically outward to the Himalayas, East Asia, and Southeast Asia.

Countless practices of several Asian religions have been lumped together by western scholars under the heading “tantra.” The only commonality among these practices is the use of ritual or sacramental action to channel divine energies.

The earliest tantra probably grew out of the Hindu-Vedic tradition. Buddhist tantra developed independently of Hindu for many centuries, however, and they are barely related now in spite of a surface resemblance.

The Origins of Tantric Buddhism

The origins of Tantric Buddhism are highly obscure. Only a few references to Buddhist Tantric texts exist in India’s oldest literature. On the other hand, even if there is some evidence of the early Buddhist Tantras, their dates remain an unresolved issue debated in modern scholarship.

There are three most obvious reasons:

The Chinese and Tibetan translations can be helpful to provide some evidence for dating. Not surprisingly, in modern scholarship, there are a great number of different rescensions30 concerning when, where, how, and by whom its secret power and knowledge were passed on from master to disciple.

The Indian Tantric Movement and its Cultural Background

Just as primitive Buddhism grew out of the Brahmanic religious tradition, the evolution of Tantric Buddhism was also affected by the revival of Indian Brahmanism and stimulated by the development of a magical ritual complex in Hinduism.

Further, Tantric Hinduism had a profound and pervasive influence on Tantric Buddhism. The most evident elements can be from their emphasis upon female deities and creativity, and a perspective of regarding women as embodiments of female divinity.

These passages have no direct precedent in earlier Buddhist literature but echo passages in Hindu Tantric and Sakta texts, revealing their proximity to the Sakta cultural realm. Tantric Buddhist and Sakta texts have parallel passages urging respect of women and extending threats and punishments to those who would transgress this inviolable command.

Tantric Buddhism is one of the main differences between the two is how they each perceive the divine feminine creative power.

The 3 Stages of evolution of Tantric Buddhism

It may be helpful to consider the historical complexity of Tantric Buddhism in three stages, which are based on the development of the evolving Buddhist Tantras. Most of the Tantras are practice-orientated texts that can be divided into four categories:

From the Tantric point of view, Tantras have always coexisted with and developed alongside the other Buddhist traditions.

Some scholars agree that centuries prior to the date of the surviving historical evidence, the earliest Buddhist Tantras may have appeared as short formulas attached to sutras.

Some encouraging sparks of Tantric elements can be found in Agamas, the collections of early Buddhist manuscripts, which were presumably composed by monks around the time of late primitive Buddhism and the Eighteen Schools.

The middle phase of Tantric Buddhism

From approximately the fourth or the fifth century, a certain number of Tantras evolved in the late stage of Mahayana Buddhism and tapped into the same wellspring as Hindu Tantric traditions.

For example, Kriya Tantra, the largest class of Tantras, was written probably from the second century to the fifth or the sixth century.

In Chinese scholarship, the compositions of Mahavairocana Sutra and Vajrasekhara Tantra are regarded as the hallmark of pure esotericism, as the middle stage of Tantric Buddhism in India.

Mahavairocana Sutra is possibly the first authoritative Buddhist Tantra, which was probably compiled in southwest India during the early seventh century CE. There is the early classification of Buddhas and Bodhisattvas with their associated qualities. It is known as a system of three Buddha-families: the highest Tathagata or Buddha Family, the middle Padma or Lotus Family, and the lowest Vajra or Thunderbolt Family. They are epitomized by Shakyamuni, Avalokitesvara, and Vajrapani respectively. Awakened deities surround Shakyamuni in the Buddha-family, whereas unawakened deities in peaceful or wrathful forms surround Avalokitesvara and Vajrapani in the Lotus or Vajra Families.

Based on the system of five Buddha-families, mandalas of the five Buddha families are used to support the meditation practices in the Buddhist conceptual framework for understanding, interconnecting, and orienting the five different energies attributed to our psychological types into an integrated whole.

In Buddhist meditation, each of the five Buddhas in the mandala can be considered as a manifestation of a particular aspect of enlightenment in its purest and most natural form.

Also, the Five Elements (space, fire, water, earth, and wind/air) and five dominant colors (white, red, blue, yellow, and green) are associated with the five presiding Buddhas or Bodhisattvas, respectively. This is closely related to the transformation of the five types of neurotic energies of our own awareness into their enlightened aspects during spiritual practice.

The late phase of Tantric Buddhism

No later than the end of the eighth century or the beginning of the ninth century, a new body of Tantric scriptures with its own distinctive features had radically grown out of the models of the earlier Buddhist Sutra traditions.

Two of the most representative influential Tantras of this stage are the Guhyasamaja Tantra and Hevajra Tantra, which were probably produced around the late eighth or early ninth century. Both are classified as Anuttarayoga, which is also known as the Highest Yoga Tantra.

Since the early tenth century, the later Tantric form of scriptures has been established and made official. The Guhyasamaja Tantra maintains the five-family system of the Yog Tantras, yet regards Aksobhya as its central Buddha who is one of the Five Wisdom Buddhas that represent consciousness as a mere reflection of actual reality.

The significance of Aksobhya in the Guhyasamaja Tantra reflects a radical shift in emphasis from the Vairocana Buddha in Carya and Yoga Tantra to paving the way for more wrathful and semi-wrathful Tantric deities. Aksobhya, along with his Vajra Family, plays a dominating role in the later developmental phase of Tantric Buddhism in India. 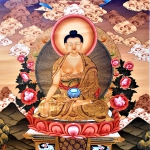 Shakyamuni Buddha, Siddhartha Gautama, was born in the 5th or 6th century BCE in what is now Nepal. Although historians believe there was such a person, much of his life story is shrouded in legend and myth.
Buy Shakyamuni Buddha Thangka Painting Online