Hevajra is one of the main Yidams in Tantric or Vajrayana Buddhism. Hevajra’s consort is Nairatmya.

The life of Hevajra

In this section, we are going to learn about the life of Hevajra, after that we will learn the short etymological description of the word Hevajra itself.

In the iconography of Hevajra, we will learn about Hevajra’s body posture, hand and leg gesture, and different representations if Hevajra in thangka and statue.

Earlier, we learn about the life of Hevajra and the iconography of Hevajra. Now, we are going to learn about depicting Hevajra thangka.

By depicting this thangka, we will learn about the presentation if Hevajra with vishvavajra and Black Gauri.

Vishvavajra is at the top of the head of the Hevajra in the thangka. Vishvavajra is known as the principle of absolute stability, characterized by the solidity of the element earth. The raised wooden throne on which the Dalai Lamas sat usually was decorated with a central Vishvavajra.

The twenty spokes of the five-pronged Vishvavajra such as the example here symbolize the purification of the ‘twenty deluded views’ of the five aggregates, conceived as a group of four self misconceptions, according to Beer (2004).

Also, all have one face, two hands, three eyes, and yellow hair flowing upward; naked, adorned with five ornaments of bone a crown of five human skulls and a necklace of fifty skulls.

With the left leg extended and the right in a half-lotus posture, in a dancing manner, they stand in the middle of a blazing fire of pristine awareness.

By depicting this thangka, we will learn about the presentation of Hevajra with Sachen Kunga Nyingpo.

Shri Hevajra is a tutelary deity of the Anuttarayoga non-dual classification. Dombi Heruka is in the upper left corner of the thangka.  Dombi Heruka is holding a snake in the right hand.

By depicting this thangka, we will learn about the presentation of Hevajra with Amoghasiddhi Hevajra, Vairochana Hevajra, and Ratnasambhava Hevajra, etc. 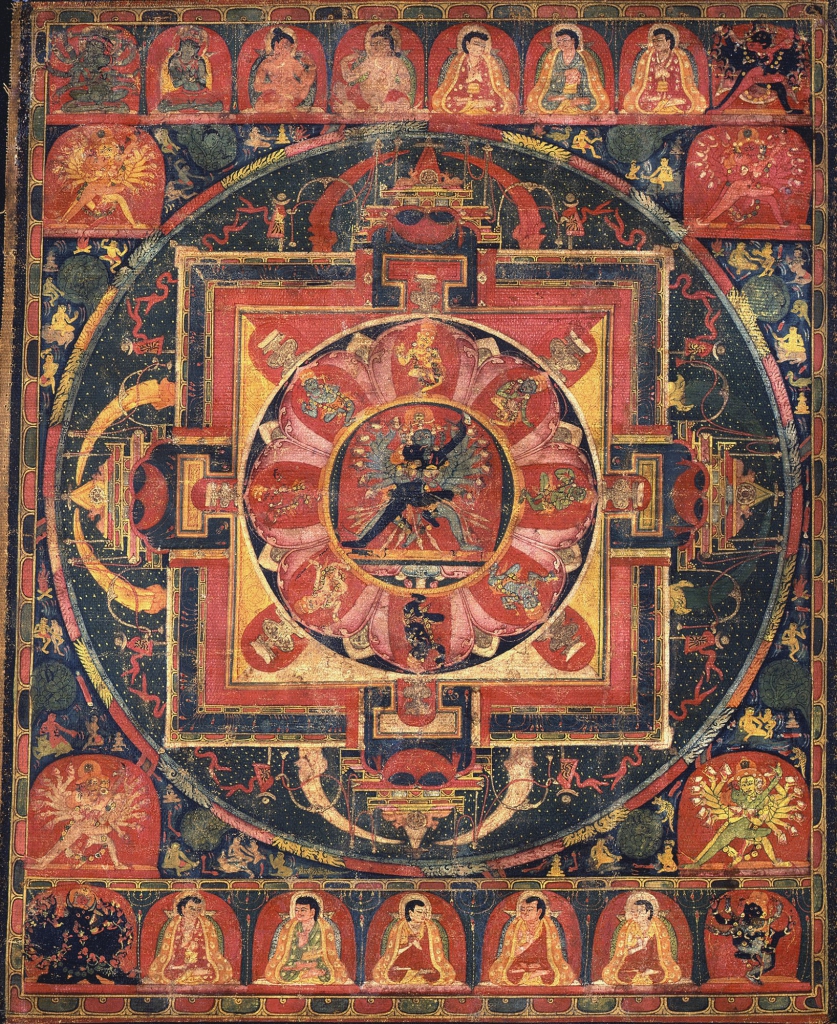 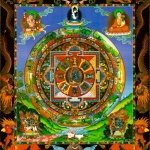 This mandala centers around Hevajra. Nairatmya, Hevajra’s consort stands in the center of the lotus seat while eight dakinis are depicted on eight petals.
Buy Hevajra Mandala