Interpreting The Father of Tantras – Vajradhara 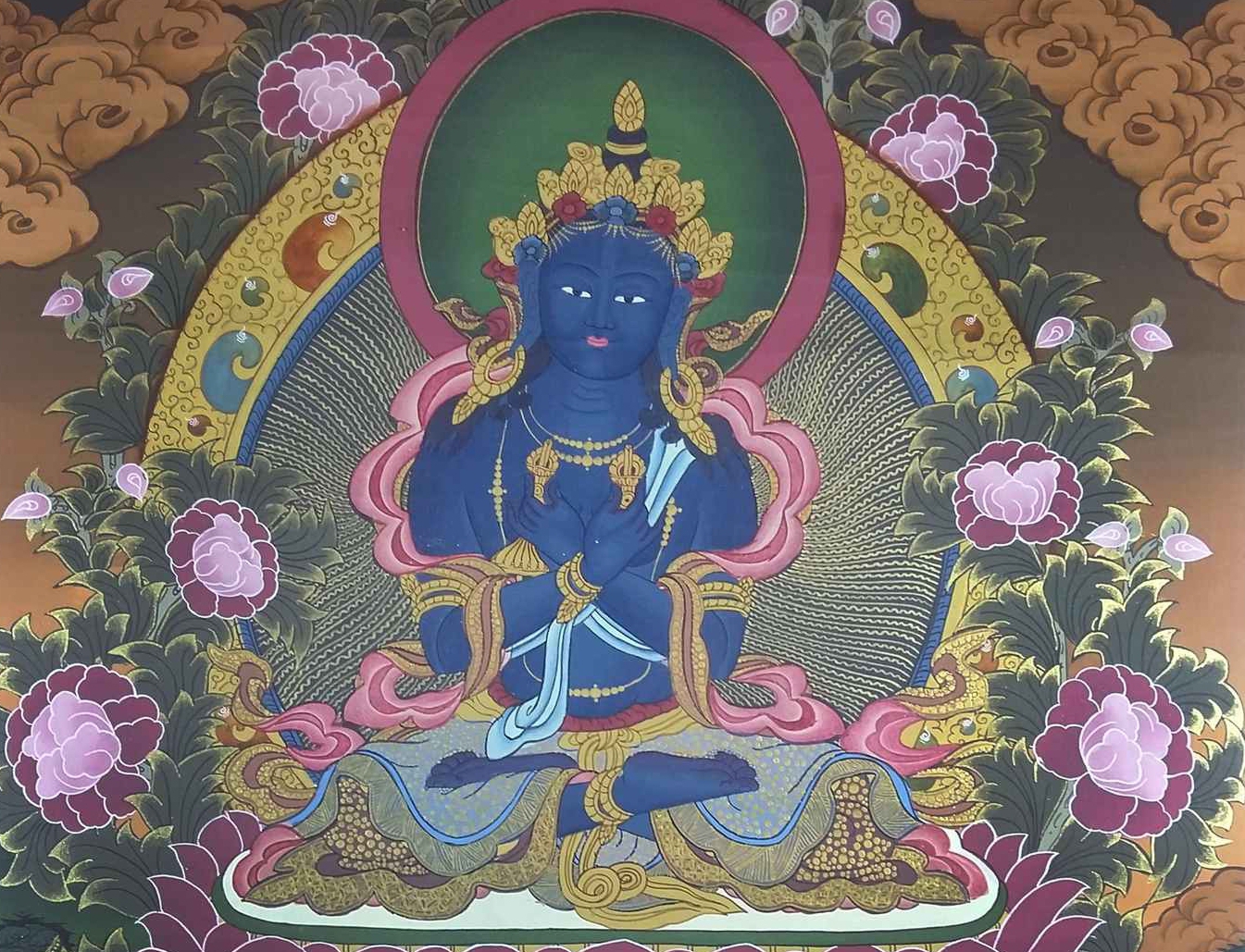 Interpreting The Father of Tantras – Vajradhara

According to the Gelug and Kagyu schools of Tibetan Buddhism, Vajradhara is also known as the ultimate Primordial Buddha or Adi Buddha. Vajradhara displaced Samantabhadra who remains the Primordial Buddha in the Nyingma or Ancient School and the Sakya school. However, the two are metaphysically equivalent.

The Esse of Vajradhara

In this portion, we are going to learn about the ease of Vajradhara, after the short etymological description of the word Vajradhara itself.

Vajradhara is known as dor Je chang, sang Gye in Tibet. Vajradhara is also known as the Vajra Holder, Enlightened One in English. He has also known the expression of Buddhahood itself in both single and Yabyum form.

He is considered to be the prime Buddha of the Father tantras such as Guhyasamaja, Yamantaka.

In this portion, we are going to learn about the tantras of Vajradhara, after the Guhyasamaja Tantra, and finally, we will learn about Yamantaka Tantra.

Guhyasamaja Tantra is one of the most important scriptures of Tantric Buddhism. In India, it was classified as a Yoga or Mahayoga Tantra. In Tibet, it is considered an Unexcelled Yoga Tantra.

It develops traditions found in earlier scriptures such as the Compendium of Reali but is focused to a greater extent on the antinomian aspects characteristic of the later Buddhist Tantra. Naropa and Aryadeva are also considered the Compendium of Reality to be a root tantra in relation to theGuhyasamaja Tantra.

Yamantaka is the ferocious spectacle of Lord Manjushri which is the supreme embodiment of Buddha’s wisdom. As a fully enlightened Buddha, he works to destroy our ignorance and dualistic conventions, the cause of all our suffering. He arises with the form of a blue-black body with 9 ferocious faces out of which the main one is a bull’s head, 34 strong hands holding various sharp implements, and 16 legs to carry the short and stout body.

Behold the  Yamantaka is a frightful experience as his ferocious compassion is beyond any wrathful Buddhas, demons, and spirits put together. He is the ultimate destroyer of the Lord of Death.

Earlier, we learn about the ease of Vajradhara and the Vajradhara’s Tantra. Now, we are going to learn about 5 wisdom of vajradhara.

From the primordial Vajradhara were manifested the Five Wisdom Buddhas (Dhyani Buddhas) which are listed below:

Vajra family is one of the five buddha families and is linked to the transmutation of anger or aggression. The family belongs to  Akshobhya, Vajrapani, and Vajrasattva. There are 5 buddha families two are associated with the Dorje.

Akshobhya is the Vajra Family buddha, the primordial Buddha associated with Vijnana sometimes described as space or aether ether in his primordial form. Vajradhara thunderbolt bearer and he is also known as two-armed and one-faced and sits in the solidly fixed Vajraparyanka pose with his left hand resting on his lap face up.

Amoghasiddhi is one of the Five Wisdom Buddhas of the Vajrayana tradition of Buddhism. He is also associated with the accomplishment of the Buddhist path and of the destruction of the poison of envy. He has considered the family of Karma whose family symbol is the Double vajra thunderbolt.

Ratnasambhava Buddha who is a principal buddha within Vajrayana Buddhism representing the qualities of enlightenment and residing in the southern quarter of a mandala. Ratnasambhava is primarily associated with Vajrayana Buddhism and originates in the Tantric Literature of the Yoga and Anuttarayoga Tantra classes. He is most commonly depicted in the set of the Five Symbolic Buddhas.

Vairocana is one of the Five Dhyani Buddhas created by Adhi Buddha. In the above mentioned Buddhism, the Buddha is seen as the embodiment of the Buddhist concept of Emptiness. While in Mahayana and Vajrayana Buddhism, Vairocana is considered a Primordial Buddha and is established at the center. Vairocana is presented in different sutras.

Earlier, we learn about the ease of Vajradhara, the Vajradhara’s Tantra, and the 5 wisdom of vajradhara. Now, we are going to learn about  Vajradhara and Sanabtabhadra.

Now, we are going to learn about Vajradhara and Sanabtabhadra.

Vajradhara and the Wisdom Buddhas are often subjects of a mandala. Vajradhara and Samantabhadra are cognate deities in Tibetan Buddhist cosmology with different names, attributes, appearances, and iconography. Both are Dharmakaya Buddhas, that are primordial Buddhas, where Samantabhadra is unadorned, which is depicted without any attributes.

Vajradhara is often adorned and bears attributes which are generally the iconographic representation of a Sambhogakaya Buddha. Both Vajradhara and Samantabhadra are generally depicted in unity with their respective consorts and are primordial buddhas, embodying void and ultimate emptiness.

Now, we are going to learn about the Trikaya doctrine.

Trikaya doctrine is important Buddhist teaching both on the nature of reality and what a Buddha is. By the 4th century CE, the Trikaya Doctrine had assumed the form.

Briefly, the doctrine says that a Buddha has three kayas or bodies the Nirmanakaya or created body which manifests in time and space, the Sambhogakaya or body of mutual enjoyment which is an archetypal manifestation, and the Dharmakaya or reality body which embodies the very principle of enlightenment and knows no limits or boundaries.

In the view of Anuyoga, the Mindstream is the continuity that links the Trikaya. The Trikaya, as a triune, is symbolized by the Gankyil. 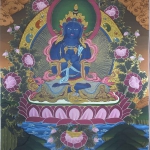