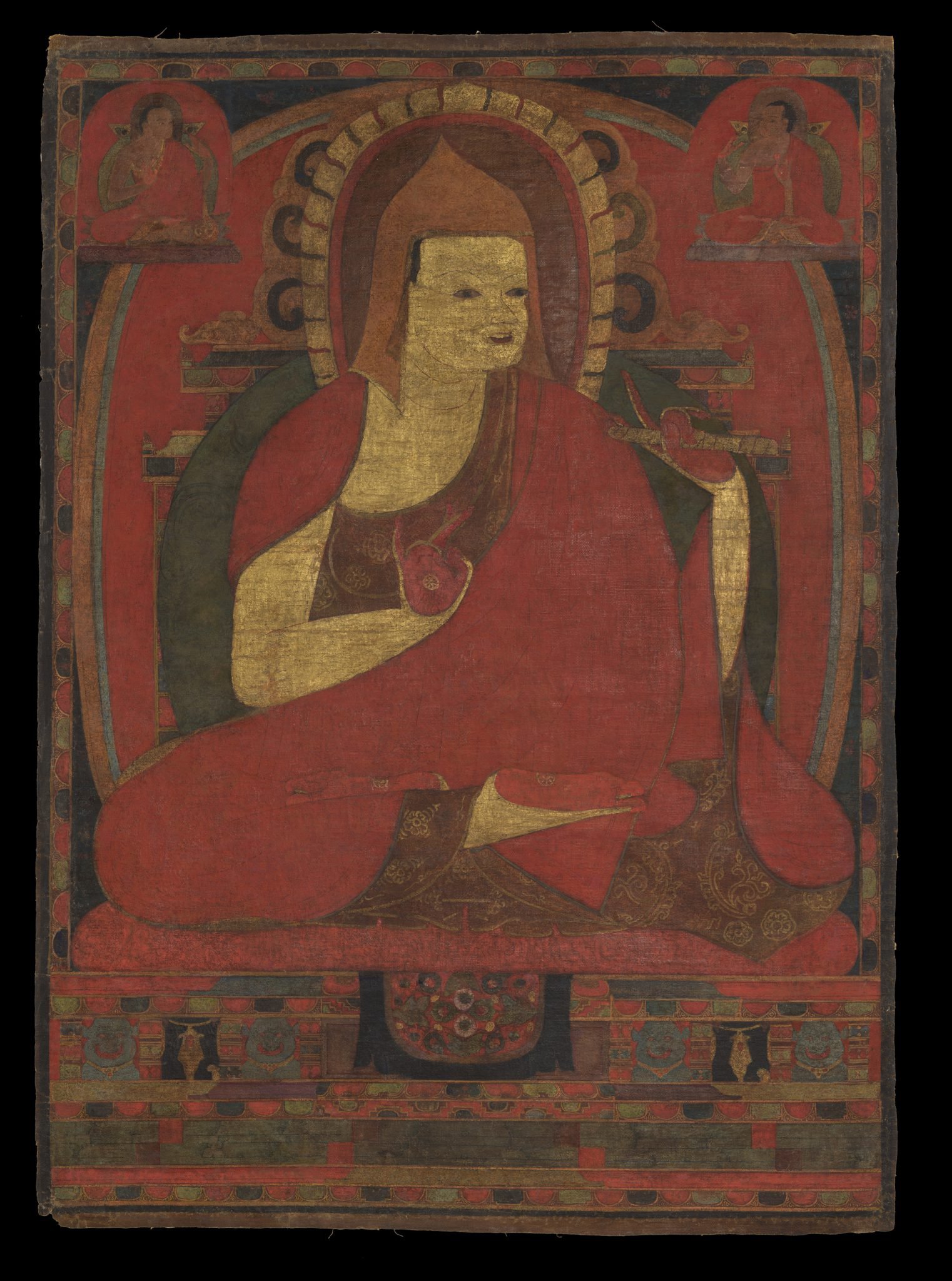 This painting of Atiśa is from the early to mid-12th century and features extensive inscriptions on the reverse side.

Atisha was the abbot of Vikramashila monastery in northern India, one of the maha viharas that granted the learned degree of Pandita, here indicated by his yellow hat.

In 1042, he traveled to Tibet at the invitation of the western Tibetan king Yeshe ‘Od to help purify Buddhist practices there.

Atisha’s authority was rooted in his lineage, an unbroken chain of pupil-guru relationships going back to the Buddha himself.

This portrait of Atisha, among the oldest preserved, shows him as an enlightened being with golden skin and a halo, seated on an elaborate jeweled throne.

His right hand is held in the teaching gesture and he holds a bound palm-leaf manuscript in his left. The tangka can be dated from a contemporary inscription on the reverse naming is known historical figures. 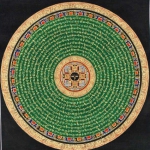