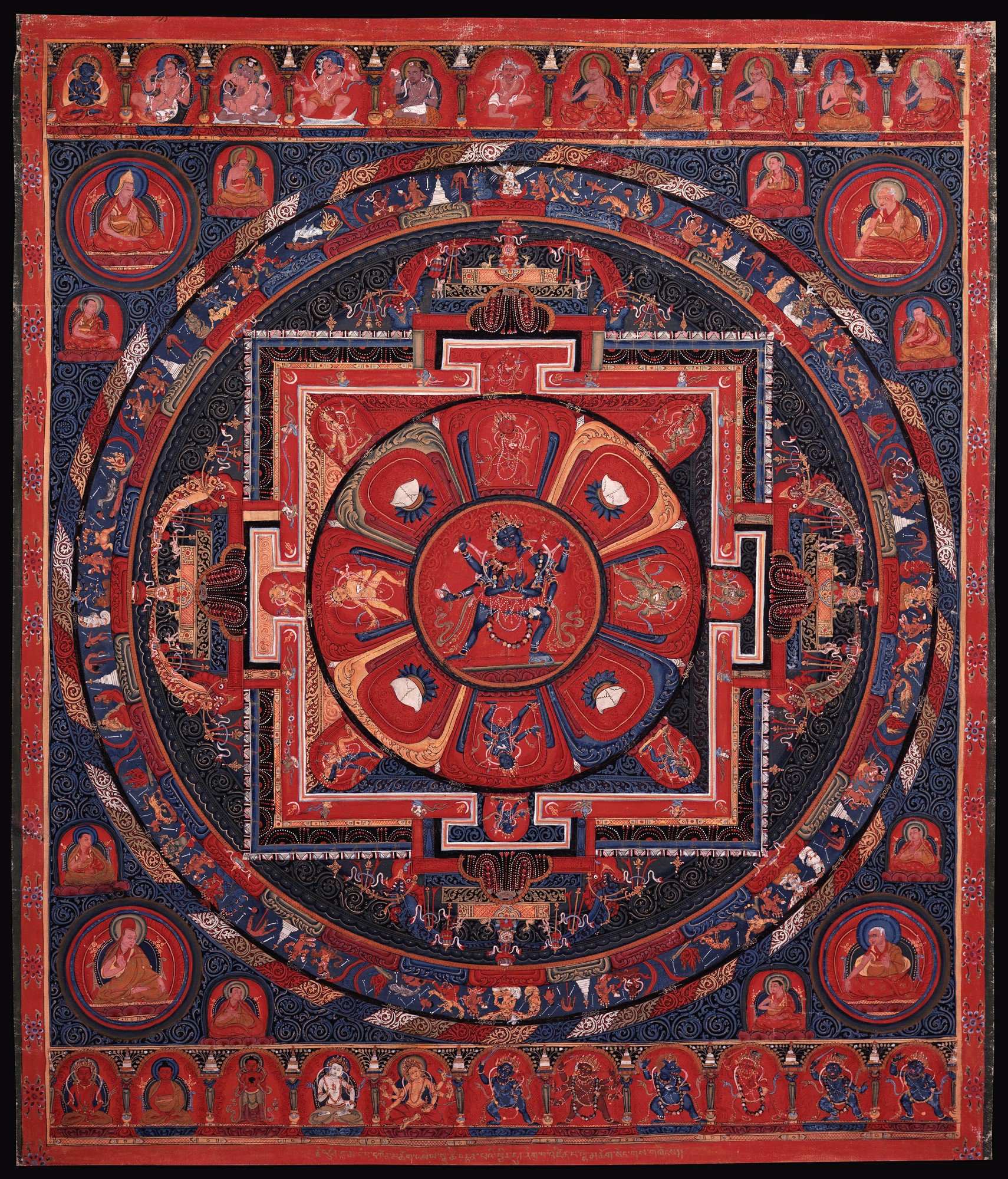 The Esse of Chakrasamvara

In this section, we are going to learn about the ease of Chakrasamvara, after that the short etymological description of the word Chakrasamvara itself.

Iconography of the Chakrasamvara

In the iconography of Cakrasamvara, we will learn is body posture, hand and leg gesture, and different representation of Chakrasamvara in thangka and statue

In the first pair of hands of Chakrasamvara, there are a vajra and bell crossed at the heart embracing the consort red Vajravarahi, surrounded by the flames of pristine awareness. The painting style is heavily influenced by Nepali aesthetics and a strong penchant for red is typical of older Sakya and Ngorpa tangkas and wall murals.

He can appear in several dozen different forms, which makes it necessary to rely on the descriptive literature in the Sanskrit and Tibetan languages to identify him. Adding to the complexity, there are more than fifty different traditions of these forms in Tibetan Buddhism.

They are meant to emphasize different types of meditation practices. Meditation practices are suited for specific types of emotional and psychological characteristics in the tantric practitioners who take on these intricate practices. The form of the subject of this painting is the Thirteen Deity Samvarodaya Chakrasamvara Mandala as described in the Sanskrit text the Shri Maha Samvarodaya Tantraraja.

Within the center of the mandala representing the view from above of a three-dimensional celestial palace and surroundings is the meditational deity. Chakrasamvarais blue in color. Chakrasamvara is with three faces and six hands.

In one first pair of hands of Chakrasamvara crossed at the heart. He holds a vajra and bell and is embracing his consort red Vajravarahi. The couple is surrounded by the red flames of pristine awareness.

By depicting this tangka, we are going to learn about the presentation of Chakrasamvara with different deities such as Four Female Deities.

Four female figures are immediately around the central figures of the thangka. Four figures deities are  Dakini, Lama, Khandarohe, and Rupini. In the surrounding square are four more figures along with another four standing at the T-shaped structures of the outer square. Lineage teachers are depicted in the top register and arranged around the mandala circle at the left and right.

A Dakini is a tantric deity that might best be described as a female embodiment of enlightened energy. Although Dakini figures appear in Hinduism and in the Bon tradition. Dakinis are particularly prevalent in Vajrayana Buddhism.

Especially Tibetan Buddhism they are of volatile or wrathful temperament. Dakinis are energetic beings in female form, evocative of the movement of energy in space. In this context, the sky or space indicates Sunyata, the insubstantiality of all phenomena which is at the same time the pure potentiality for all possible manifestations.

Additionally, they act somewhat as a muse for spiritual practice. Dakinis being associated with energy in all its functions are linked with the revelation of the Anuttara Yoga Tantras or Higher Tantras which represent the path of transformation. Here, the energy of negative emotions or kleshas called poisons is transformed into the luminous energy of enlightened awareness or gnosis yielding Rigpa.

Lama is a title for a teacher of the Dharma in Tibetan Buddhism. The name is similar to the Sanskrit term guru and in use it is similar, but not identical to the western monastic rank of abbot. Historically, the term was used for venerated spiritual masters or heads of monasteries.

Today the title can be used as an honorific title conferred. On a monk nun or advanced tantric practitioner to designate a level of spiritual attainment and authority to teach or maybe part of a title such as Dalai Lama or Panchen Lama applied to a lineage of reincarnate lamas Tulkus.

They may also have been unaware of the distinction between Tibetan Buddhism and Bon. The term Lamaism is now considered by some to be derogatory. In the Vajrayana path of Tibetan Buddhism, the lama is often the tantric spiritual guide.

The guru to the aspiring Buddhist yogi or yogini. As such, the lama will then appear as one of the Three Roots alongside the yidam and protector. 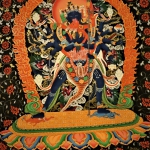