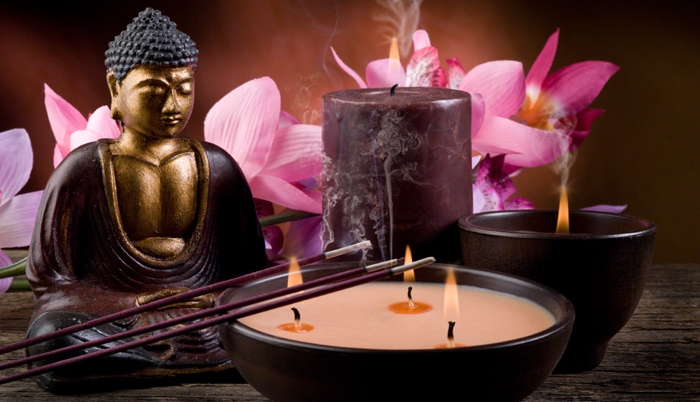 WHAT, now, is the Noble Truth of the Extinction of Suffering? It is the complete fading away and extinction of this craving, its forsaking and giving up, the liberation and detachment from it.

Be it in the past, present, or future, whosoever of the monks or priests regards the delightful and pleasurable things in the world as “impermanent,” “miserable,” and “without an Ego,” as a disease and cancer; it is he who overcomes the craving.

Dependent Extinction Of All Phenomena

Hence, the annihilation, cessation, and overcoming of corporeality feeling, perception, mental formations, and consciousness, this is the extinction of suffering, the end of disease, the overcoming of old age and death.

The undulatory motion, which we call wave-which in the spectator creates the illusion of a single mass of water moving over the surface of the lake is produced and fed by the wind and maintained by the stored-up energies. After the wind has ceased, and no fresh wind again whips up the water, the stored-up energies will gradually be consumed, and the whole undulatory motion comes to an end. Similarly, if the fire does not get new fuel, it will become extinct.

just so, this Five-Khandha-process-which, in the ignorant worldling, creates the illusion of an Ego-entity-is produced and fed by the life-affirming craving and maintained for some time by means of the stored-up life-energies.

Now, after the fuel, i.e., the craving and clinging to life, has ceased, and no new craving impels again this Five-Khandha-process, life will continue as long as there are still life-energies stored up, but at their destruction at death, the Five-Khandha-process will reach final extinction.

Thus, nirvana or “Extinction” (Sanskrit: to cease blowing, to become extinct), may be considered under two aspects:

This, truly, is the Peace, this is the Highest, namely the end of all formations, the forsaking of every substratum of rebirth, the fading away of craving: detachment, extinction-Nirvana. Enraptured with lust, enraged with anger, blinded by delusion, overwhelmed, with mind ensnared, man aims at his own ruin, at others’ ruin, at the ruin of both parties, and he experiences mental pain and grief.

But, if lust, anger, and delusion are given up, man aims neither at his own ruin, nor at others’ ruin, nor at the ruin of both parties, and he experiences no mental pain and grief.

The Arahat, Or Holy One

And for a disciple thus freed, in whose heart dwells peace, there is nothing to be added to what has been done, and naught more remains for him to do. Just as a rock of one solid mass remains unshaken by the wind, even so, neither forms, nor sounds, nor odors, nor tastes, nor contacts of any kind, neither the desired nor the undesired, can cause such a one to waver. Steadfast is his mind, gained is deliverance.

And he who has considered all the contrasts on this earth, and is no more disturbed by anything whatever in the world, the Peaceful One, freed from rage, from sorrow, and from longing, he has passed beyond birth and decay.

There is a realm, where there is neither the solid, nor the fluid, neither heat, nor motion, neither this world nor any other world, neither sun nor moon. This I call neither arising, nor passing away, neither standing still nor being born nor dying. There is neither foothold, nor development, nor any basis. This is the end of suffering.

But since there is an Unborn, Unoriginated, Uncreated, Unformed, therefore is escape possible from the world of the born, the originated, the created, the formed.