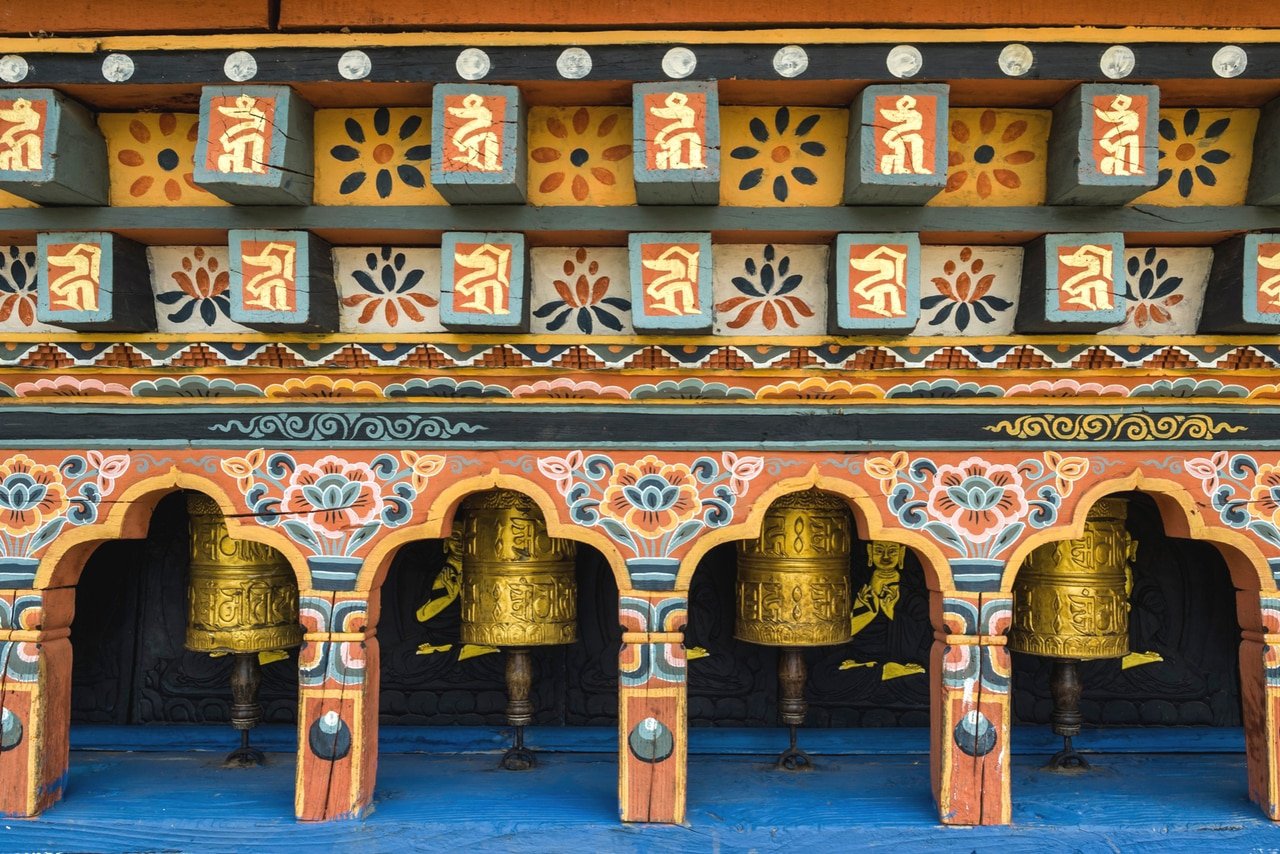 OM MANI PADME HUM is the six-syllable mantra of the Avalokitesvara, known as a savior and protector from the dangers. It is believed that one who chants this mantra, will be saved from all dangers and the misery in life. This mantra is widely used in Mahayana Buddhism for different purposes from chanting to using them in arts. The mantras are often found inscribed on rocks, prayer wheels, Chaitya walls, paths, the approaches and exits of the villages.

It is said that all teachings of Buddha Life are contained within OM MANI PADME HUM. Shortly called a Mani mantra, the Mani mantra can be chanted and recited by anyone who feels like practicing it and doesn’t require any Buddhist Master to do so. Mani Wheel found on the Stupas are spun and spinning the wheels gives the same benefit as reciting the mantra.

The mantra can be found on the small hand wheels or a large wheel with millions of copies of mantra inside.

The mantra is believed to be originated from India, and later on, moved to Tibet. The pronunciation changed because of some differences in the sounds. There are basically two forms of this mantra, the Sanskrit form, and the Tibetian form.

OM MANI PADME HUM is also inscribed in Mandala paintings. Those kinds of mandala have OM MANI PADME HUM in a circular fashion, and mantras are painted in concentric circles from the surface to the center of the circle.  They come under the categories of the Mantra Mandala. These mandalas are usually found hanging on the walls of Buddhist monasteries and are often used in meditation halls for focus and concentration purposes.

They are also cravings of the mantra outside the walls of Stupas. Sometimes there are found in the center of the Sand Mandalas.

Chanting the mantra is already beneficial for you in terms of spiritual energy you gain from it. It is supposed to bring out positive vibes and one can finally live with a pure attitude free of attachments.

As described in tantras, reciting this mantra will help you achieve the four qualities of being born in the Amitabha Buddha pure land.

The person who regularly chants this mantra has so powerful spiritual energy that seven generations of that person’s descendants won’t get reborn in the lower realms.

There are different kinds of Retreat centers in Tibet, Nepal, India, and Ladakh that focus on chanting OM MANI PADME HUM repeatedly to increase positive energy within you.