The root chakra is also called Muladhara in Sanskrit which is primary energy storage. It is located at the base of the spine in the vicinity of the coccygeal plexus beneath the sacrum. It is associated with your most basic survival needs.

Where is root chakra is located on the body?

Muladhara is located at the base of the spine, the pelvic floor, and the first three vertebrae, the root chakra is responsible for your sense of safety and security on this earthly journey.

The word Muladhara breaks down into two Sanskrit words: Mula meaning “root” and Adhara, which means “support” or “base.”

What are the Key characteristics of the root chakra?

The first chakra is associated with the following functions or behavioral characteristics:

The root chakra provides the foundation on which we build our life. It supports us in growing and feeling safe into exploring all the aspects of life. It is related to our feeling of safety and security, whether it’s physical or regarding our bodily needs or metaphorical regarding housing and financial safety.

The seed mantra syllable is लं  Lam Within the bindu, the point that forms a part of the letter is Brahma.

He is deep red, with four faces and four arms, holding a staff, a sacred vase of nectar, and a japa mala, and making the gesture of dispelling fear. Alternatively, instead of the staff and japa mala, he may hold a lotus flower and the sacred scriptures.

He is seated on a swan. The goddess Dakini, his shakti, is depicted with him. She is beautiful, with three eyes and four arms.

Dakini is usually depicted with red or white skin, holding a trident, a skilled staff, a swan, and a drinking vessel, and is seated on a swan. At times, instead of a swan and drinking vessel, she holds a sword and a shield.

The Mantra for Root Charka Chant is LAM.

The cleansing mantra chanted for your Root Chakra, which keeps us grounded and linked to the earth.

Aad such, jugaad such, Hai bhee such, Naanak hosee bhee such.

Ong Namo – I bow to the subtle divine wisdom

Guru Dev Namo – I bow to the divine teacher within.

Practices for the Root Chakra

There are many practices for controlling or balancing the energy that goes through the root chakra. The following are used mainly in the tantric and yogic traditions of Hinduism and Buddhism.

Vajra means “thunderbolt” in Sanskrit. A mudra or “seal” is a symbolic or ritual gesture. Vajroli mudra (the thunderbolt) stimulates the genitals with prana activated blood. The object of vajroli mudra is to be perfectly established in brahmacharya (purity, chastity, not lust).

Bhandha in Sanskrit means “to lock” and moola means the perineum/ bottom. Moola Bandha is a technique that creates an energy lock by the contraction of the perineum in the male and the cervix in the female. Moola Bandha is practiced to release Brahma Granthi and to stimulate and alter the activity of the Muladhara (root chakra), which represents the sexual urge, karma, and desire, and they want and need of security in life at any level.

Gazing at the nose tip, a mudra which stimulates the root chakra. Those who concentrate on the tip of the nose for a particular time develop the ability to smell psychic fragrances. This practice is also called agochari mudra (the gesture of invisibility).

Samyama meditation is a combined simultaneous practice of dhāraṇā, dhyāna, and samādhi. These techniques primarily belong to the classical yoga called Raja Yoga or “royal union.” It is said that meditating on the root chakra using this technique allows the practitioner to have full control of its power. 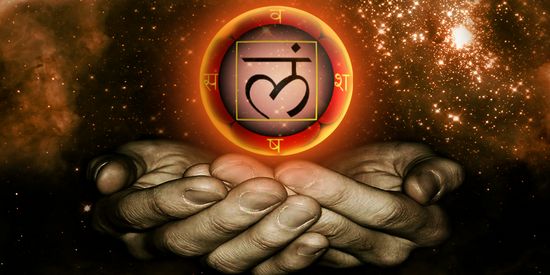 According to Hinduism within this chakra resides/sleeps the kundalini shakti, the great spiritual potential, waiting to be aroused and brought back up to the source from which it originated, Brahman.

Muladhara is the base from which the 3 main psychic channels, nadis, ida, pingala and Sushumna, emerge.

In kundalini yoga, there are various yogic practices held to incite the energy in Muladhara including asanas (such as Garudasana, Shashankasana, and Siddhasana); specific pranayama and importantly the practice of mula bandha which is endemic to appropriate body-mind discipline.

I feel centered I am home I am connected to my body My body is my home I feel safe and secure I stand for my values, truth, and justice I have what I need I am kind and compassionate to myself I am infinite possibilities I am grateful for challenges because they make me stronger I am fearless I trust myself I love myself I trust the true source which is a universal divine mother providing for my basic needs I nurture myself with healthy food, clean water, clean air, exercise, relaxation, and connection to nature

What are the foods that help Root Chakra Healing?

If you had a really traumatic childhood, especially in your first year of life, then your root is more likely to need healing.

Since the root is related to the physical world and your body’s overall health, food is a great way to heal it.

The spices associated with root chakra healing are chives, paprika, and pepper.

Most red fruits and vegetables are a good source of Vitamin C. The root chakra is connected to bone, skin, and the adrenals which all need Vitamin C to thrive.

Red apples, strawberries, pomegranates, watermelon, cherries, tomatoes, red cabbage, beets, and many more are beneficial. Root Vegetables are a vital resource because they are grown in Earth’s soil and contain the grounding and stabilizing energy of Earth. Potatoes, beets, carrots, onion, garlic, and parsnips can have a positive effect on the root chakra.

When you allow your root chakra to close, it is not a simple path to take in reopening. You may meditate and present positive thoughts while concentrating on the earth, but there is a process of emotional and physical stress that has to take place. It is all good for getting back to where you once were with a strong root chakra, but be prepared for some unusual feelings, thoughts and physical symptoms.

Feeling the Force of Grounding

Because the root chakra has a direct connection to the earth, your body may begin to feel heavier, as if planted to the ground. Look for a sudden weight gain and a sensitive feeling in the soles of your feet. The body requires a change in nutritional values and you may find yourself craving comfort foods, fresh fruit or salty products. Give in to a point without compromising your welfare.

One example of a symptom of the root chakra starting to open is with the sensation of heat in different parts of your body. The base of the spine is most noted as the energy begins to regain its place in your energy field. There can also be tingling as the vibrations become established in your body and mind.

Some people experience difficulty falling asleep from restless leg syndrome as the energy attempts to find its rightful place. Dreams may become more vivid and intense as the unconscious becomes involved in the transformation. Bizarre, non-sensical or nightmarish dreams have taken place where tranquil stories once appeared.

Not everyone’s degree of blockage is the same and not everyone has the same level of sensitivity to the symptoms. To some, these feelings may be a mere inconvenience to allowing the energy to do its job. For others, however, an acute awareness may begin to have an effect on normal aches and pains, even having flu-like symptoms. Be assured that the body is only in a state of healing and all emotional and physical occurrences will pass as your root chakra becomes fully opened. 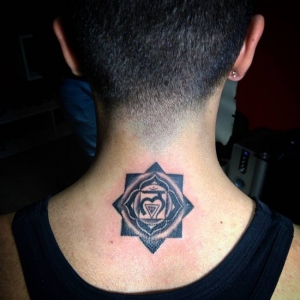 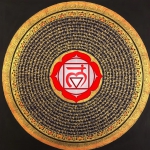