Development Of Eight fold Path In The Disciple 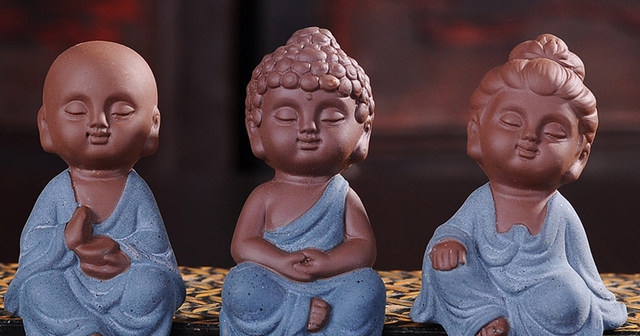 Development Of Eight fold Path In The Disciple

Suppose a householder, or his son, or someone reborn in any family, hears the law; and after hearing the law he is filled with confidence in the Perfect One. And filled with this confidence, he thinks: “Full of hindrances is household life, a refuse heap; but pilgrim life is like the open air. Not easy is it, when one lives at home, to fulfill in all points the rules of the holy life. How, if now I were to cut off hair and beard, put on the yellow robe and go forth from home to the homeless life?” And in a short time, having given up his more or less extensive possessions, having forsaken a smaller or larger circle of relations, he cuts off hair and beard, puts on the yellow robe, and goes forth from home to the homeless life.

Having thus left the world, he fulfills the rules of the monks. He avoids the killing of living beings and abstains from it. Without stick or sword, conscientious, full of sympathy, he is anxious for the welfare of all living beings. He avoids stealing and abstains from taking what is not given to him. Only what is given to him he takes, waiting till it is given; and he lives with a heart honest and pure.-He avoids unchastity, living chaste, resigned, and keeping aloof from sexual intercourse, the vulgar way.-He avoids lying and abstains from it. He speaks the truth, is devoted to the truth,  reliable, worthy of confidence, is not a deceiver of men.-He avoids tale-bearing and abstains from it. What he has heard here, he does not repeat there, so as to cause dissension there; and what he has heard there, he does not repeat here, so as to cause dissension here.

Thus he unites those that are divided, and those that are united he encourages; concord gladdens him, he delights and rejoices in Concord, and it is concord that he spreads by his words.-He avoids harsh language and abstains from it. He speaks such words as are gentle, soothing to the ear, loving, going to the heart, courteous and dear, and agreeable to many.- He avoids vain talk and abstains from it. He speaks at the right time, in accordance with facts, speaks what is useful, speaks about the law and the disciple; his speech is like a treasure, at the right moment accompanied by arguments, moderate, and full of sense.

He contents himself with the robe that protects his body, and with the alms with which he keeps himself alive. Wherever he goes, he is provided with these two things; just as a winged bird, in flying, carries his wings along with him. By fulfilling this noble Domain of Morality he feels in his heart an irreproachable happiness.

CONTROL OF THE SENSES

Now, in perceiving a form with the eye- a sound with the ear- an odor with the nose- a taste with the tongue- a touch with the body- an object with his mind, he sticks neither to the whole nor to its details. And he tries to ward off that which, by being unguarded in his senses, might give rise to evil and unwholesome states, to greed and sorrow; he watches over his senses, keep his senses under control. By practicing this noble “Control of the Senses” he feels in his heart an unblemished happiness.

ABSENCE OF THE FIVE HINDRANCES

He has put aside these five Hindrances and come to know the paralyzing corruptions of the mind. And far from sensual impressions, far from unwholesome things, he enters into the Four Trances.

But whatsoever there is of feeling, perception, mental formation, or consciousness-all these phenomena he regards as “impermanent,” “subject to pain,” as infirm, as an ulcer, a thorn, a misery, a burden, an enemy, a disturbance, as empty and “void of an Ego”; and turning away from these things, he directs his mind towards the abiding, thus: “This, verily, is the Peace, this is the Highest, namely the end of all formations, the forsaking of every substratum of rebirth, the fading away of craving; detachment, extinction: Nirvana.” And in this state, he reaches the “Cessation of Passions.”

Forever am I liberated, This is the last time that I’m born, No new existence waits for me.

However, Disciples, it may be that (after my passing away) you might think: “Gone is the doctrine of our Master. We have no Master more.” But you should not think; for the Law and the Discipline, which I have taught you, Will, after my death, be your master.

Disciples, the doctrines, which I advised you to penetrate, you should well preserve, well guard, so that this Holy Life may take its course and continue for ages, for the weal and welfare of the many, as a consolation to the world, for the happiness, well, and welfare of heavenly beings and men.