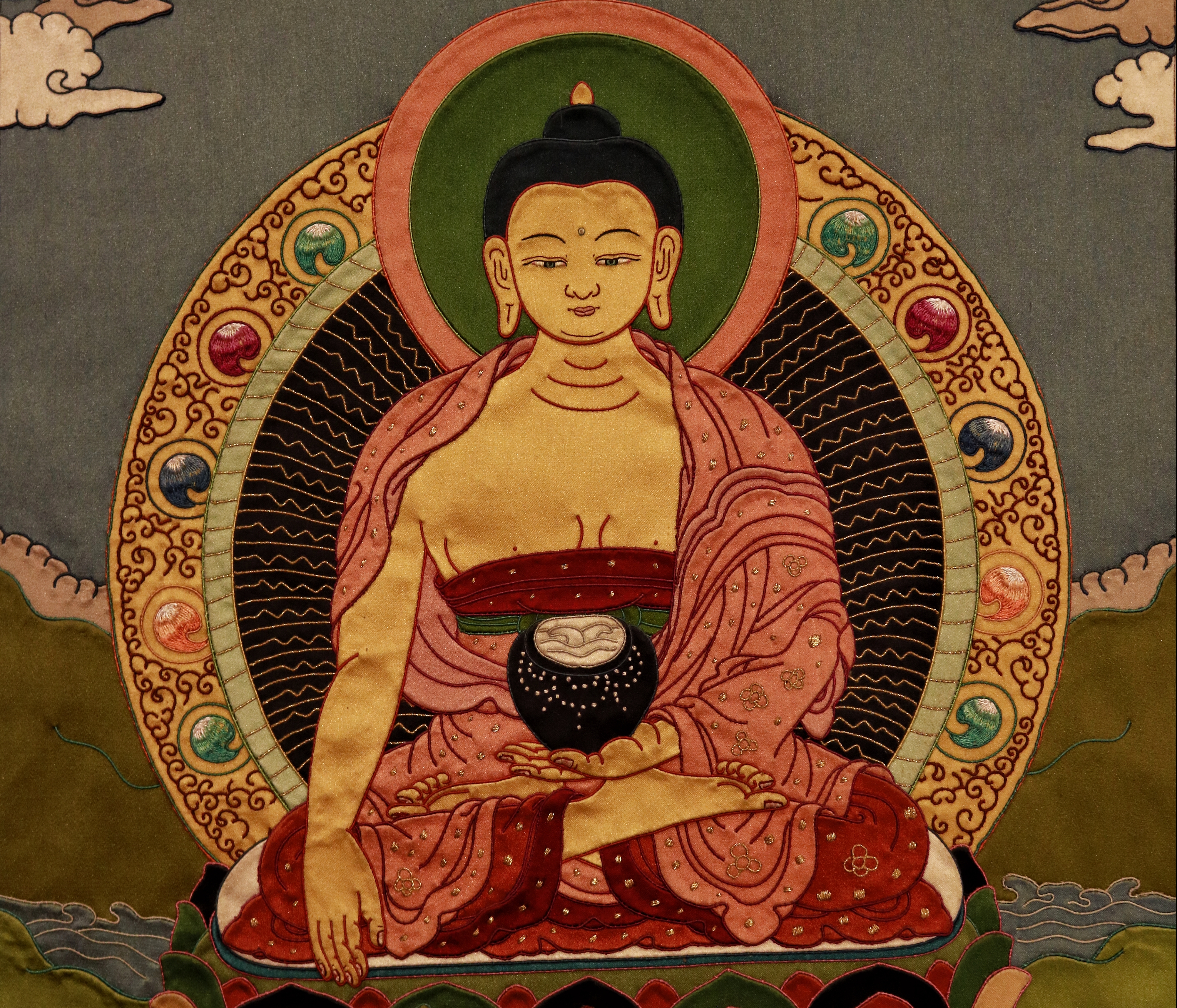 Shakya Muni Buddha, the founder of the Buddhist religion, gave up his worldly life to find a solution to the causes of sufferings – to attain enlightenment – for the sake of all sentient beings. Buddha personifies the ultimate level of wisdom and compassion.

Both his achievement of transcendence and his humanness – for he is often portrayed as a teacher – must be served in creating his image. Generally, the Buddha is represented as an idealized monk, with a set of distinguishing marks that designate his celestial statuses, such as a cranial bump and a conspicuous dot in the middle of his forehead.

In the Mahayana form of religion, Buddha’s transcendence is marked by him having three different bodies instead of just one: one that embraces the reality of this world, another that rejoices in what can be conceived as heavenly realms of bliss, and finally an encompassing body-state beyond human conception and coterminous with the entire universe, a body synonymous with the ultimate reality itself.

Buddha is neither a creator nor a judge, but one whose example offers the path towards self-realization, a path predicated upon the believer’s capacity to overcome ego and cravings. Central to Buddha’s message is the gaining of wisdom, which consists of a limitless compassion for others as well as the ability to move towards an ultimate goal of freedom from suffering, craving, and delusion.