Dhanusha the bow of Lord Shiva 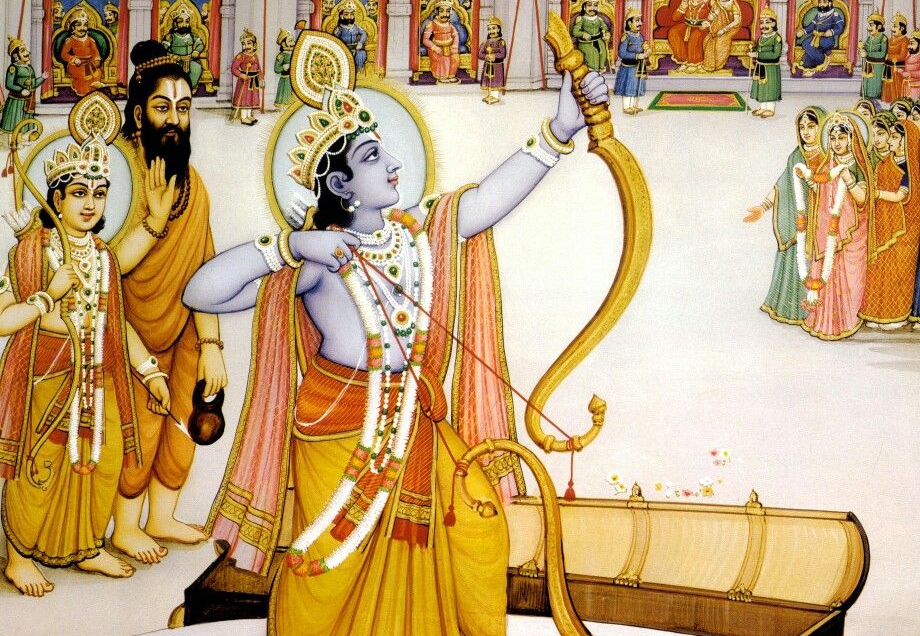 Dhanusha the bow of Lord Shiva

Dhanusha also called Pinaka or Shiva Dhanush is the bow of Lord Shiva. It is generally carried in the left hand. Lord Shiva uses Dhanusha for the destruction of the “Pralaya.”

The two big wars Ramayana and the Mahavarata used Dhanusa as a weaponry tool. These Dhanush were highly sophisticated bows capable of raining fire and water both.

“Gandiva”, the bow of Arjun, the great warrior of Mahabharat war, was also one of the rarest bows of its time.

The “Pinaka” was broken by Ayodhya‘s Prince Rama as he was trying to string the bow, during the swayamvara of Sita, and hence won princess’s hand in the marriage.

He didn’t break Pinaka for insulting Shiva. The breaking of Dhanush has following significance.

1)Lakshmi can only remain stationary near Vishnu. So Sita can only be the consort of Ram.

2)To break the egos of arrogant Kshatriyas who were also tormenting the people like Rakshasas.

3)Ravan was informed that there is a more powerful person than him on the earth.

What happened to the Pinaka after Lord Ram broke it?

Like Bajra and Ghanta, bow and arrow symbolize the complementary of method and wisdom.