A Short History of Nepal: Ancestors, Casts and Dynasties 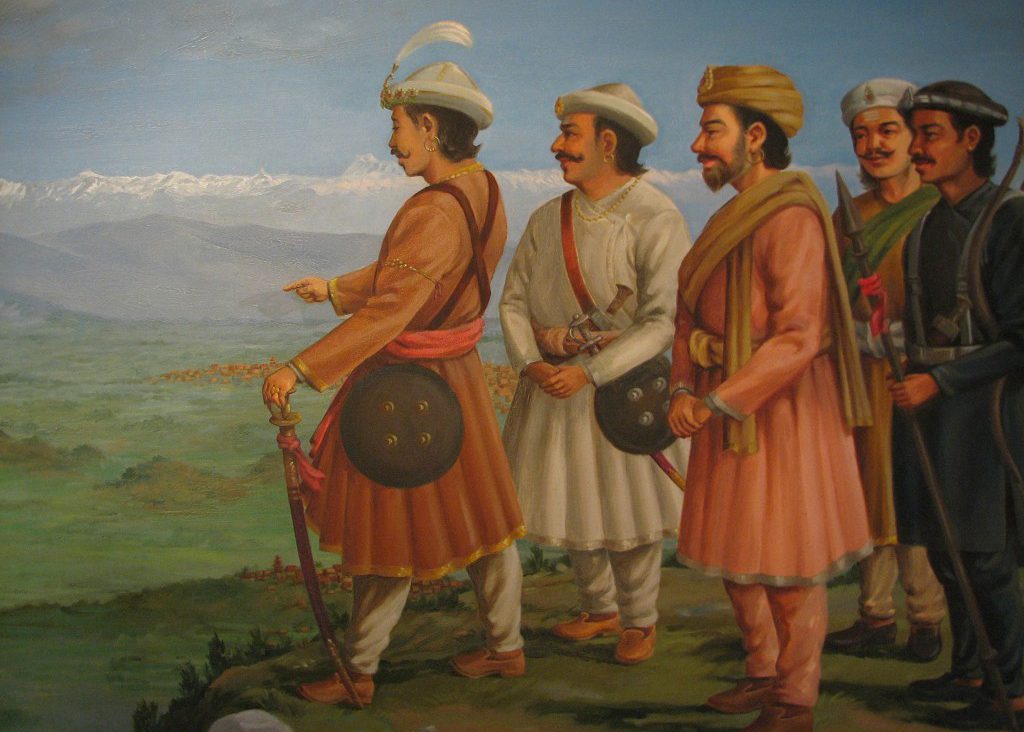 A Short History of Nepal: Ancestors, Casts and Dynasties

Nepal’s geographical location as a buffer between China and India has massively influenced its development and character, as well as its two major national religions, Buddhism and Hinduism. Nepal is revered by Buddhists as the birthplace of Buddha, and Hindu devotion is centered on Pashupatinath in Kathmandu, the site of one of Hinduism’s most sacred Shiva shrines. Shiva is Nepal’s patron deity.

Three major tribal groups have historically been present in the area we today call Nepal: the Kirat, ancestors of the Limbu and Rai; the Khas (a pejorative term no longer used), ancestors of the Chhetri and Bahun); and the Newar. The name “Nepal” may be derived from the Sanskrit nipa-laya, which means “abode at the foot” – Nepal occupies one-third of the Himalayan mountain range, a country of soaring peaks dotted with valleys that have helped to preserve distinct communities. Ancient Hindu texts name the Himalayan-dwelling Kirataas the original inhabitants and rulers of eastern Nepal, whose language derived from Tibeto-Burman languages.

Nepal has long had a caste system that reaches into almost every facet of daily life, but the indigenous Kirati mountain tribes had no concept of any kind of caste system before it was introduced with the arrival of Hindu beliefs from the south. The four main divisions in the Hindu caste system are Brahman (priests and scholars), Kshatriya or Chhetri (rulers and warriors), Vaisya (merchants and traders), and Sudra (farmers, artisans, and laborers). The Kirati rulers claimed the caste of Kshatriya (Chhetri) for themselves.

From this introduction of the caste system, the modern economic structure of Nepal began to take shape. The high-caste Hindus began to appropriate the cultivatable lowlands and introduced the system of private ownership, ignoring the Tibetan migrants’ system of communal ownership. Wealth, power and privilege converged around the high castes.

Trade and political relations developed between South and Central Asia across the Himalayas under the Licchavis, who invaded from northern India and overthrew the last Kirati king. The first reliable chronicles of Nepal’s history are documents written during the C14th century under the Licchavi dynasty, although the stone inscription at Changu Narayan temple documents King Manadeva I’s (C 464-505 A.D.) visit it to C5th. The Licchavi period lasted for over six hundred years, until the rise of the Mallas.

The suffix malla, (‘wrestler’ in Sanskrit), began to appear in the early C12th and the practice of adopting the name was continued by rulers in Nepal until the C18th. This long Malla period strengthened the Kathmandu Valley as a political, cultural and economic center of Nepal and saw the growth of the towns that eventually became the three small kingdoms of Kathmandu: Patan (Lalitpur), and Bhaktapur (Bhadgaon); the center of Newar culture. The Newari people, unlike the Kirati mountain tribes and the hill-dwelling Khas, have never been a single ethnic group. The term Newar rather designates people who historically lived in the Kathmandu Valley, a center of crossroads between Indians, Tibetans, and Mongols.

The name ‘Newar’ is a colloquialism of the Sanskrit word ‘Nepal’, which is what the older generations of the mountain tribes still call the Kathmandu Valley (a trip down into the valley for the grandparents is a trip to Nepal). The Newar have absorbed many disparate ethnicities and castes, from the south and the north, and two religions; some Newar are Hindu and some are Buddhist. It is the Newar who are responsible for Nepal’s art and architecture styles. Newari became the official language of Nepal under the Malla dynasty.

Newars are responsible for the many trading towns dotted throughout the hills of Nepal. For centuries Newar merchants handled the trade between Tibet and India, exporting rice and locally manufactured products to Tibet over the mountain track trade routes.

The Khas, the indigenous people of the western hills, whose language is modern-day Nepali, migrated from the west and have traditionally been Nepal’s fighters; they will ever be associated with the Gorkhas/Gurkhas. The Gorkhali referred to their homelands as Khas desh (Kha’s country) until the C19th.

The origins of the Gorkha dynasty are legendarily linked to warrior princes who arrived from India in the C15th. Gorkha armies expanded to Kangra in the west and Sikkim in the east, their territory to the east and pushed northward toward Tibet, where they were forced to a stop by the stronger armies of China.

Disharmony between the three kingdoms handed an advantage to the Nepali-speaking shah kings of Gorkha to the west, and they conquered the Kathmandu Valley in 1769 and established the Shah dynasty. Nepal became a state in 1769 under the Gorkhali king Prithvi Narayan Shah, who reigned from 1743-75. Shah unified over 50 small principalities, oversaw the migration of the hill people eastward into the Himalayas and shaped the face of modern Nepal.