The Origin Of Yoga 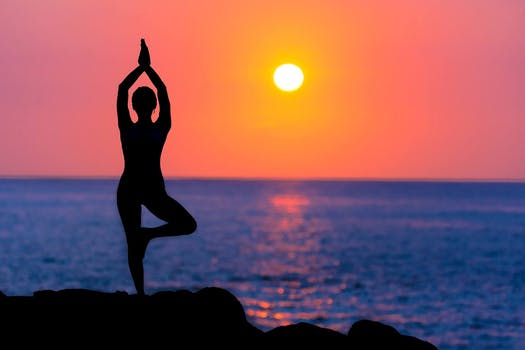 The Origin Of Yoga

The basic problem of every living creature is survival in a hostile world. Countless generations ago, from the teeming human masses of the East, where the man lived in ever-present dread of famine, disease, flood, invasion, and vengeance of the gods, Yoga, a system or method of attaining physical and mental serenity under adverse and even horrible conditions, was introduced.

Man, in his essence, has changed little in the course of historical time. The philosophy of Yoga and its practice, which enabled the Indo-Aryan to survive the stresses of his time, can also enable people of the modern Western world to achieve contentment and security in the face of the cold war, the hydrogen bomb, missile, counter-missile and counter-counter-missile and other perils in a rapidly changing world.

Scholars who have attempted to trace the beginnings of the practice of Yoga have found that its principles were well established as far back as the time when the written word was new. There are many “books” of Yoga among the oldest scripts in Sanskrit, the ancient sacred language of India. Even these refer to a distant past in which the secrets of Yoga were passed on from generation to generation by word of mouth. Only the Indian form of Yoga is well known in America and Europe, but there is strong evidence that Yoga principles were known to the Egyptians and Chinese and that there were monastic societies among the Hebrew Essenes who were, from reliable historical evidence, groups of Yoga practitioners. Perhaps the recent discovery of the Dead Sea Scrolls will reveal some of the secrets of this philosophy that have been lost in the shadows of the years.

The word “Yoga” cannot be translated into English. In the Sanskrit, it derives from the root “Yuja,” which is to join or weld together. Just as two pieces of metal are welded together to become one, so the philosophy of Yoga, the embodied spirit of the individual becomes one with the Universal Spirit through the regular practice of certain physical and mental exercises. In another definition, Yoga is the art of life and its philosophy is meant to furnish the principles that justify and explain that art.

One of the Sanskrit texts, the Bhagwad-Gita, describes Yoga as equanimity of mind which results in the efficiency of action. For those to whom Yoga represents a religion as well as a way of life, Yoga means the union or linking together of a man with God or the disunion or separation of man from the objects of physical sensation in the material world. It is the science or skill which leads the initiate by easy steps to the pinnacle of self-realization.

There are many common misconceptions which stand between the truths of Yoga and those who live in the Western world. Many Americans have heard more about Yogis, or those who practice Yoga, than about Yoga itself. They picture the Yogi as an Indian fakir, swathed in rags, who spends his life on a bed of nails or sits motionless underneath a tree until birds build nests in his hair. Their knowledge of Yoga is gained from supposedly esoteric literature or from side-show performers billed as “Swamis” or “Yogis” who stick pins through their flesh or permit themselves to be buried alive. More charitably, they may think of the Yoga convert as some mildly eccentric individual who enjoys standing on his head before breakfast.

Nevertheless, the true spirit and practice of Yoga has already spread to this country and has achieved what might be called a high degree of respectability. A number of colleges and universities, including such institutions as the University of Southern California, offer courses in Yoga. Also, such prominent athletes as Parry O’Brien, long-time holder of the world’s shot-put record, have studied and practiced Yoga. It has spread even to the halls of our national Congress where Representative Francis P. Bolton’s practice of Yoga has received nationwide press coverage. Stripping the “magic” from Yoga reveals that it is a practice that effectively enables its user to meet the stresses of modern life, and offers relaxation that may stand between its adherents and the stomach ulcers or psychiatrist’s couch that are so common today.

You need not retire to an “Ashram,” or Yoga retreat, to acquire the benefits of this system; rather, you can attain the serenity and relaxation that it affords through the information in this volume. Practicing Yoga takes but a few moments a day, although Yoga itself gradually fills the entire day of the person who pursues it with faith and belief.