The Himalayan Mountains have been the home of sages for millennia. These great sages have lived and passed on knowledge of the yogic teachings to disciples who then became masters passing on the teachings in an unbroken lineage since the Vedic period.

Twelve hundred years ago Shankaracharya organized his teaching into five centers of the Himalayan Tradition. As one of those five, our tradition is the Bharati lineage connected with the Shankaracharya at the Shringeri Seat.

The methods and philosophies of the Himalayan Tradition have withstood the test of time. Generation upon generation have followed this path and a huge reserve of knowledge has been built.

The student can study the writings of the Tradition and read about the experiences of the great masters of the past for him or herself. The Himalayan Tradition is not a tradition where a teacher proclaims himself a guru and students are expected to believe whatever he says, rather, the teachings come from the tradition and the student can look to the tradition to support and make sense of what the teacher says.

The initial purpose of the tradition is to awaken the divine flame within each human being and the goal is for each student to become a master of the Tradition in coming to know his or her true Self. It is the task of the teacher, through the Grace of the Guru to selflessly help his disciples on the way to highest enlightenment. Passing on of knowledge is done experientially through the transmission of a pulsation of energy.

The Himalayan Tradition of Yoga Meditation combines the wisdom of Yogasutras, the philosophy and practices of the Tantras, and the specific oral instructions and initiatory experiences passed on by a long line of saints and Yoga masters whose names may or may not be known.

The Tradition is not an intellectual combining of three unrelated elements, but a unified system in which all the parts are integrally linked. The principal tenets and practices of all known systems of meditation are included in the Himalayan Tradition and, for the most part, these systems have arisen out of it. For example, Vipassana emphasizes breath awareness and Transcendental Meditation concentrates on repetition of the mantra, whereas most Hatha practitioners pay attention mainly to posture.

The Himalayan meditator, however, learns to sit in the correct posture, relax fully, practice correct breathing, and then combine breath-awareness with the mantra. When one reaches the end of the practices prescribed in any one part of the Himalayan system, continuity is to be found in the system as a whole.

This statement may be explained this way: rare is the disciple who can master all of the components of the Himalayan system, but s/he may master one or two aspects and be sent out to teach. S/he will draw students who are at the level of development where they can benefit from the portion of the system s/he has to offer.

In this way, various schools of meditation have branched off from the central one. When students have reached the ultimate end of the methods taught in any one particular subsystem, their next steps will be in other aspects of the Himalayan system. This is termed the divergence and convergence of the meditational systems.

Purification of Thoughts and Emotions

Purification of thoughts and emotions is performed to prevent internally disturbances from extraneous thoughts and sentiments arising during meditation one needs to practice purifications such as: 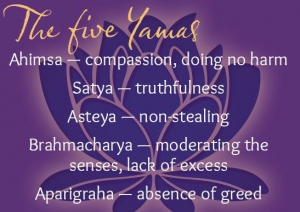 Non-violence or compassion, doing no harm, truthfulness, non-stealing, moderating the senses, lack of excess, and absence of greed.

Purity, contentment, practices that lead to perfection of body and mind and senses, a study that leads to knowledge of the Self, surrender to the ultimate reality.

The four Brahma-viharas or right attitudes

Friendliness toward the happy, compassion for the unhappy, delight in the virtuous, and indifference toward the wicked.

The antidotes to disturbing thoughts, Prati-paksha-Bhavana to ward off the thoughts opposed to the yamas, niyamas, and Brahma-viharas, and so forth. The practice of these leads to:

It is not as simple as it appears. For example, the preceptors in the Himalayan tradition state that they are able to sit in one posture for long hours because they are emotionally stable and undisturbed, and have practiced certain special mantras and tantric concentrations after having been initiated into states energizing the Muladhara-chakra.

Just reading a scholarly commentary on the Yoga-sutras’ sutra on asana will not help the disciple accomplish such a state; the entire integrated system must be followed. For example, if one has mastered a meditation posture through hatha practices and can keep that posture for some time, this will not prevent him from feeling a sensation of moving and swaying etc that many meditators suffer.

Another aspect of purification is the conquest of the vikshepas, nine disturbances in the path of concentration: sickness, mental laziness, doubt, lack of enthusiasm, sloth, craving for sense-pleasure, false perception, despair caused by failure to concentrate and unsteadiness in concentration, and their five accompaniments: grief, despondency, trembling of the body and irregular breathing  Without such a conquest one will remain bound to the first three states of mind: turbulent, stupefied, distracted by the vikshepas and will not be able to move to the next ground (bhumi), being one-pointed and then totally controlled in samadhi.

For the conquest of these distractions, special methods are employed in the Himalayan oral traditions. For example, the involuntary physical movement or swaying, or sensation of swaying even without a perceptible movement is overcome by:

Mindfulness is the practice of smarty-upa-sthana (Buddhist satipatthana) takes many forms, the details of which are taught in personal instruction. For example, the Himalayan tradition teaches the method of asanas coupled with the full awareness of the states of the body, breath, and mind in a detailed methodology. In fact, a major the component in the practice of postures is self-awareness, a deep self-observation, in all states of body, breath and especially the mind.

It starts as part of mindfulness and becomes specialized as the very first step in the practice of meditation. Here, it is essential to learn diaphragmatic breathing that is slow, smooth, without jerks and without a break between the breaths. The living Himalayan tradition of meditation does not encourage practices like kumbhaka. It teaches the disciple simply:

The practice of breath awareness branches off into many other modes of meditative experience. For example :

Nadi-shodhana or purification of subtle energy channels. At least seven different forms of this category of pranayama, together with:

Pratyahara is the least understood of the components of yoga. Pratyahara means:

Under a capable preceptor, one feels the movement of the subtle wind of prana vayu moving from one point to another in the body in a systematic progression from point to point, until:

This is the first step in the tantric path, the awareness of an energy flow in the spine, imagining and then feeling it, as though the breath is flowing through an imaginary hollow in the spine.

It is commonly understood to mean the practice of kumbhaka with a mental concentration on a mantra. The Himalayan system of pranapana-smarty-up-sthana means the awareness of a mantra along with the awareness of the breath flow in all its various stages. Again, this is taught in an initiatory process. We shall include it in our description of japa also.

This is not simply a mechanical recitation of a randomly-chosen mantra. The science of mantra is based on an understanding of sound vibrations which are primarily centered in the various stations of the kundalini and cannot be grasped without initiation. The ultimate purpose of japa is to go into supreme silence. One first absorbs the articulate level of speech into the mental level. Then one silences even that and enters the realm of pashyanti, the vibration of revelation, such that oneself may become the channel for revelation.

From there one goes into the supreme absorption in the para, the transcendent, which is known as it exists in the Divine Principle. A preceptor trained in the Himalayan tradition leads the students into further and further refinements through nine major stages of mantra practice as taught in the tantric systems. Some of the variations of japa practice are as follows:

There are many other methods of using the mantra which needs to be taught by an experienced preceptor who not only teaches the method but also leads the disciple’s mind and energies through his own power, that is, he initiates him into the practice.

Shavasana practices serve as ways of entering one’s own subtle body. The interior exercises are detailed and complex and go far beyond mere relaxations. They may be practiced at the levels of annamaya kosha, pranamaya kosha, or manomaya kosha in a logical progression.

The last of these in Shavasana is, as stated above, yoga-nidra at several different levels. For example, one may use it:

Dharana or concentrations and pra-vrttis or resultant experiences. A proficient preceptor in the Himalayan tradition is trained in various methods of concentrations,

The Vijnana-bhairava Tantra teaches a hundred different ways in which an altered state of consciousness may be triggered, and the Malini-vijayottara-tantra enumerates nearly thirteen hundred dharanas. And these lists may not be exhaustive. A preceptor trained in the Himalayan tradition needs to know the basic ins and outs of all of these concentrations even if s/he has not practiced them all personally.

All the methods described above are integral parts of the approach to meditation, but meditation proper begins at the level of manomaya kosha. One may enter that kosha in many ways, such as through:

How high one may go through such a conferring of grace depends on the degree of the preceptor’s own advancement. If one has guided the student as far as one himself has reached, he passes the student on to the higher preceptor.

A qualified preceptor in the Himalayan tradition fulfills at least the following requirements. S/he should:

This is the central point of the Himalayan tradition. From times immemorial the tradition has been passed on experientially in an unbroken chain of master-disciple relationships. A meditation guide in this tradition must have at least some degree of the power of transmission, to transfer shakti to those being taught.

S/he should be able to create a common mind-field when leading a class or a group in meditation and be able to induce a meditative state by her/his mere presence and voice. One may do so only up to the degree to which s/he is qualified and authorized.

One cannot advise a concentration on, for example, the heart chakra unless one can trigger the experience of the energy configurations there at least to some degree. Advanced preceptors teach meditation through such a transmission while using their voices to gently guide their students into a meditative state.

The uniqueness of Himalayan Yoga 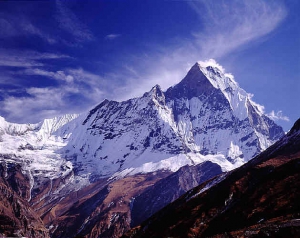 The Himalayan Tradition of Yoga Meditation is distinguished in that it: