According to Tibetan Buddhist myth, Gyalpo Pehar ( Tibetan: རྒྱལ་པོ་དཔེ་ཧར ) is a spirit belonging to the gyalpo class.

When Padmasambhava arrived in Tibet in the eighth century, he subdued all gyalpo spirits and put them under control of Gyalpo Pehar, who promised not to harm any sentient beings and was made the chief guardian spirit of Samye during the reign of Trisong Deutsen.

The protector deity Pehar Gyalpo is depicted with three Geluk masters above. 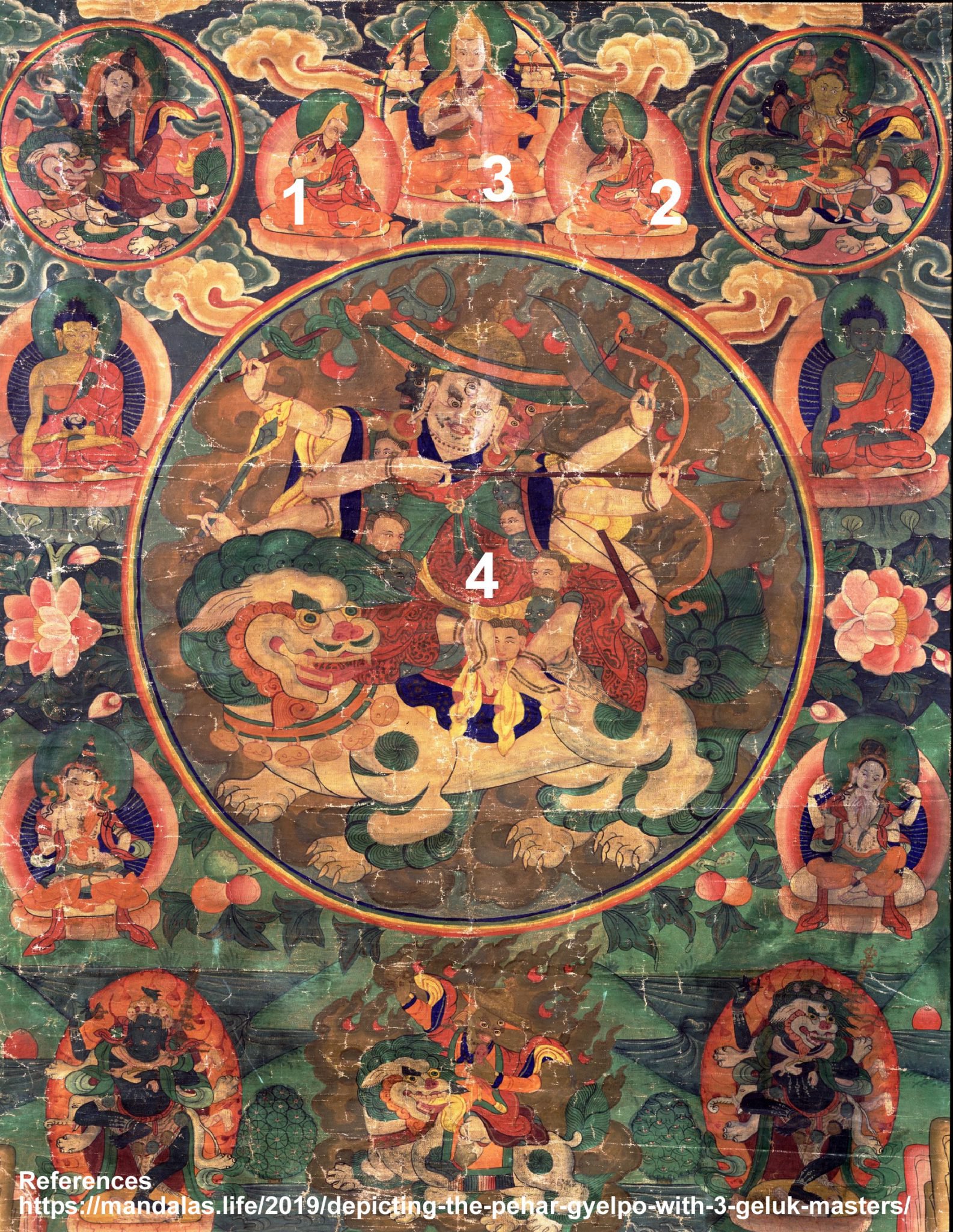 He was a famous student of Je Tsongkhapa, and actually became the first Ganden Tripa (throne holder) of the Gelug tradition after Je Tsongkhapa’s death.

Khedrup Gelek Pelzang, 1st Panchen Lama (1385–1438 CE) – better known as Khedrup Je – was one of the main disciples of Je Tsongkhapa, whose reforms to Atiśa’s Kadam tradition are considered the beginnings of the Gelug school of Tibetan Buddhism.

Khedrub Je is considered to be an emanation of Manjusri, the Buddha of Wisdom.

As a young man he distinguished himself through his study and his intellect.

The last thirty years of his life were dedicated to teaching, writing, founding monasteries and other activities that greatly contributed to the revitalization of Buddhism in Tibet.

Pehar is the leader of a band of five gyalpo spirits and would later become the protector deity of Nechung Monastery in the 17th century under the auspices of the Fifth Dalai Lama.