The Chronicles of Pimbahal: History, Mystery and Enchantment 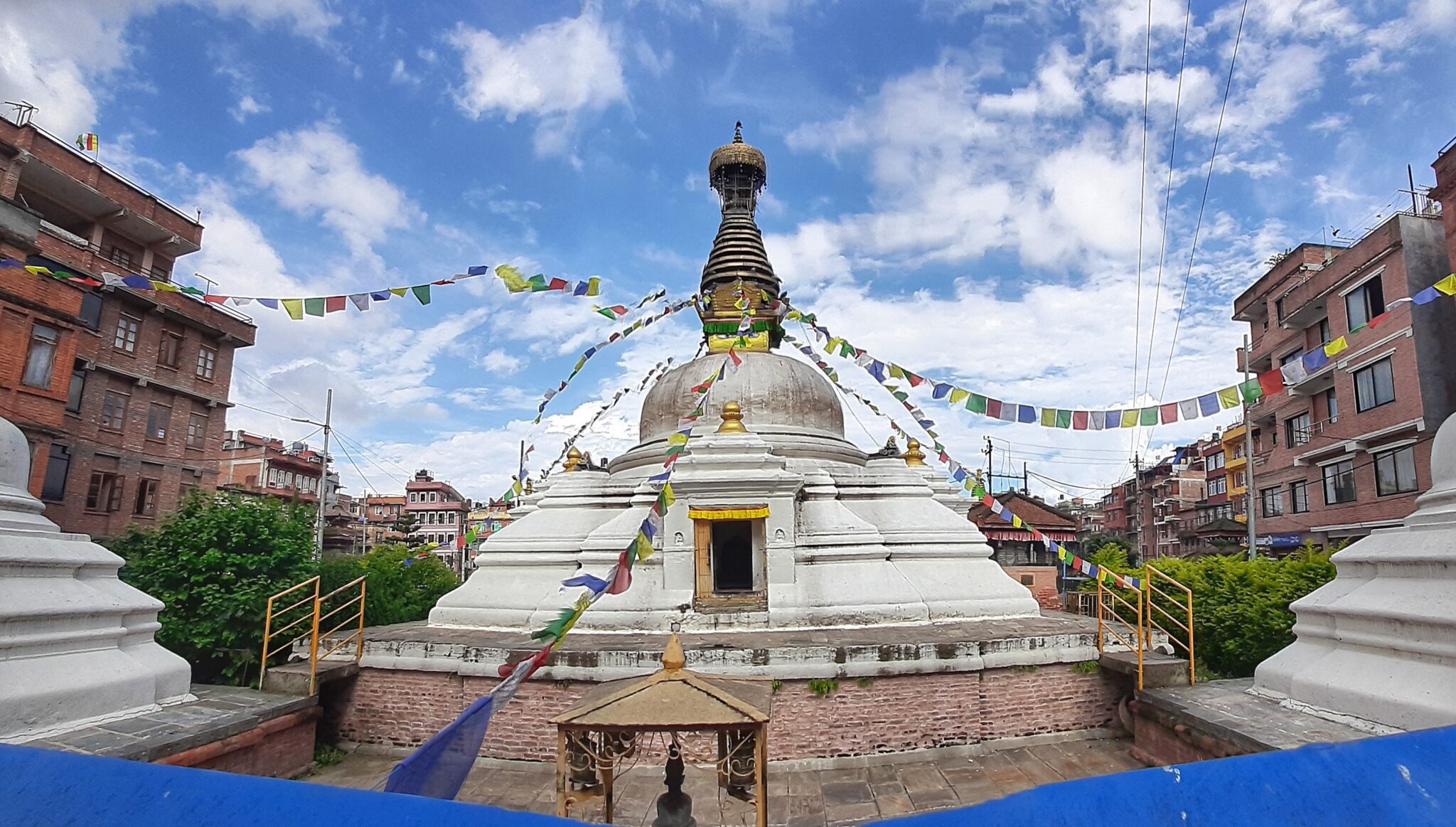 The Chronicles of Pimbahal: History, Mystery and Enchantment

The stories have baffled the local residents of Lalitpur for quite a long time and the mystery doesn’t cease to intrigue the researchers either.

Heritage of the Kathmandu valley

Kathmandu valley is laden with heritage sites and monuments cloaked in history, stories and folklore. It is also a land of priests who practice tantra, gurus with magical powers, witch doctors and fortune tellers. It is a sacred place that blends history with the ethereal.

Renowned for being one of the centers of Hinduism and Buddhism in Kathmandu valley, Patan is home to marvelous Buddhist structures admired by people all over the world for their sheer exquisiteness and grandeur.

Stupas in the city in particular have preserved treasured relics and teachings of Buddhism. Among the several stupas that are scattered across Patan, Pimbahal is the most mysterious and intriguing.

A spiritual and sacred place

While there is disagreement on the precise date of its construction, it is believed to be close to 2000 years old. Some people claim it is one of the Ashok Stupas of Patan, built by Emperor Ashoka, when he visited Kathmandu, while others believe it was built later.

Although there are no certainties regarding its construction, the Pimbahal stupa, situated about 650 meters away from the Patan Durbar Square is considered a spiritual and sacred place and remains a well-known stupa among Buddhist pilgrims.

Reconstruction of the stupa

The stupa has been renovated and reconstructed several times over the years. It was partially damaged in the 14th century. It is said that in the year 1349, three decades after the demise of the powerful Alauddin Khilji, Sultan Shamsuddin Ilyas Shah, the founder of Bengal kingdom, wreaked havoc in Kathmandu valley. His army destroyed several pilgrimage sites including temples and stupas.

The Pimbahal stupa was also damaged by the invaders. After the Nepali forces successfully repelled the invasion, the stupa was later rebuilt along with many of the other Buddhist and Hindu monuments.

The enigmatic pond of Pimbahal

The Jagamadu pond also known as Pimbahal Pukhu, next to Pimbahal Stupa is said to be about 600 years old and it is even more enigmatic. But what makes this historical pond so mysterious?

The pond is said to have no base or substrate. According to ancient legend, the Pimbahal pond is neither natural nor made by people. It’s alleged that it was created by Lakhes (Demons in Nepali folklore).

The stories have baffled the local residents of Lalitpur for quite a long time and the mystery doesn’t cease to intrigue the researchers either.

As the story goes, many centuries ago, Lakhes caused mayhem in Patan. They terrorized the locals every night and caused destruction in the town.  Even the king’s best trained and armed soldiers couldn’t stop the fierce demons.

The local residents went to Gayaḥ Bajya (Brahmin named Gaya) of Patan for help as last resort. Gayaḥ Bajya was a legendary figure of Patan who practiced tantrika and spent most of his years seeking spiritual excellence and mastering his tantra powers.

After listening to the plea of Patan’s residents, he summoned the demons using his magical powers and made them dig the land every night until a pond was created.

A magical stone in the pond

Other version of the story suggests it was created in a single night. Another intriguing legend of Pimbahal is regarding a magical stone in the pond that remains hidden in the water most of the year.

It is only visible during the winter months when the level of water is low. The locals have ascribed magical powers to this stone and is believed to be powerful enough to turn day into night. In fact, the more people study this site, the more intriguing it gets. History is often intertwined with myth and Gayah Bajya was indeed a real man.

In the 1950s, Gayah Bajya’s house near the pond was excavated and to everyone’s surprise, an underground passage was discovered leading to his meditation room. The excavation then descended into a water table making it impossible to dig any further.

The attempt to figure out the original purpose of this amazing pond is a challenge for the imagination since there are still so many unanswered questions. There are so many things about the pond that we still don’t know.

But a single certainty among other less definite facts is that it served as an important source of water for people in Patan for centuries and was even used to put out fires in ancient times.

The legend of tantric powers continues with the Chandeshwori temple beside the pond. It was established in the 17th century.

According to legend, a demon named Chanda caused mayhem after he got a boon from Lord Shiva that made him immune to attacks from both gods and men.

With gods and men powerless to stop him, they approached the goddess Chandeshwori to stop Chanda. After a destructive war in Banepa, Chandeshwori killed the demon with her trishul (holy trident).

It is believed that the goddess came to Patan to watch the Harisiddhi dance, one of the the oldest masked dance festival in the country.

There were thousands of spectators watching the epic dance of people wearing masks of gods and goddesses.

One woman in particular stood out from the crowd. A priest with tantric powers was able to spot the goddess in the crowd.

It is said that he used his tantric spell to summon her and she later agreed to stay in the vicinity. Was the priest Gayah Bajya? Or was it another powerful figure? It remains one of the many unsolved mysteries of Pimbahal.