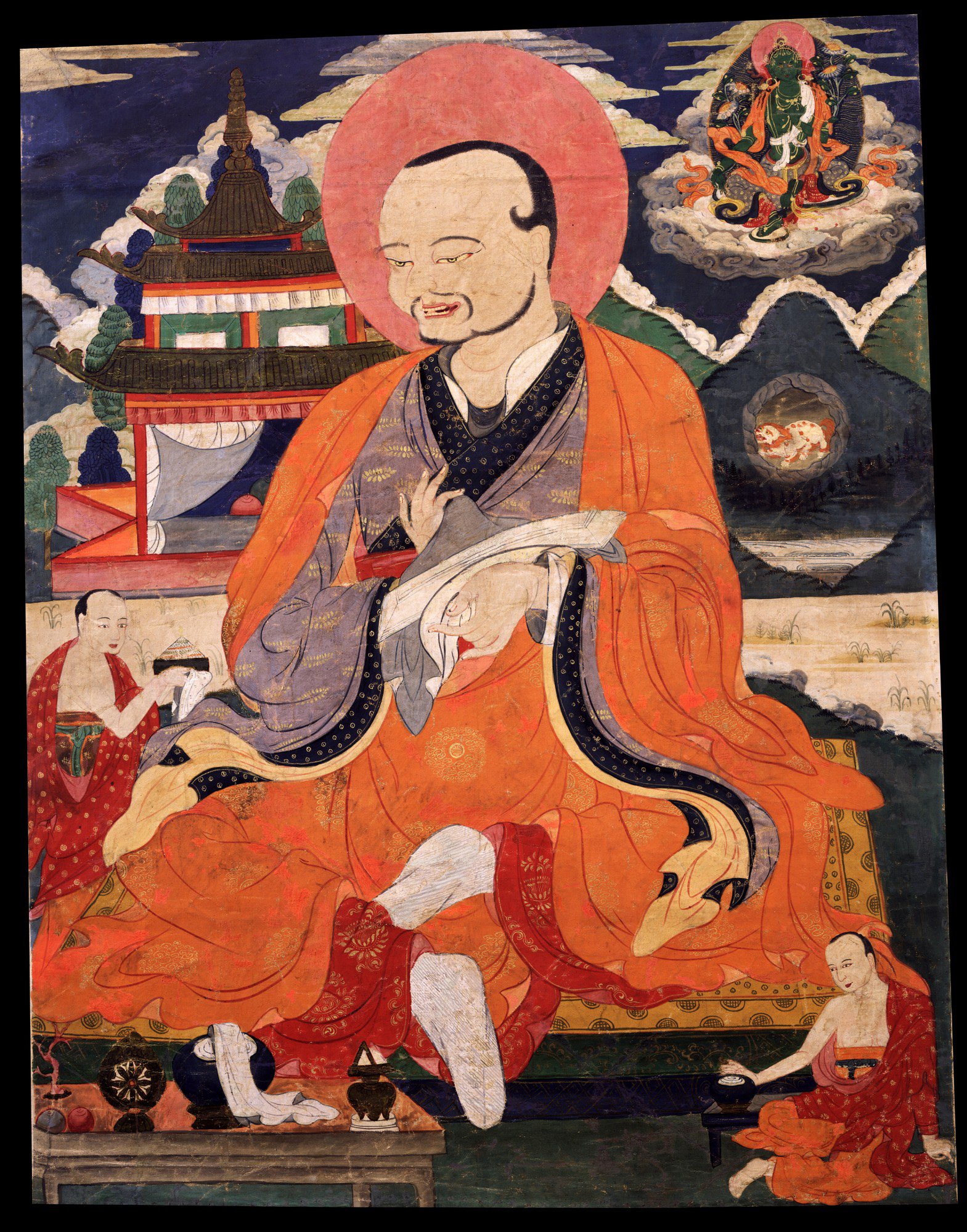 Gopaka has dark hair, mustache, and a goatee. The mouth of Gopaka is slightly open. Gopaka looks to the side.

With the left hand of Gopaka, he holds a religious folio book. And with the right of Gopaka, he unwraps the cloth covering. Gopaka is wearing a bright orange outer robe adorned with gold design.

Gopaka has an inner garment of purple with long sleeves and black trim. The feet of Gopaka are covered with white socks. And he sits in a relaxed posture with the right leg forward atop a square yellow mat.

The head of Gopalka is encircled by a pink areola. A low table in front supports a black begging bowl, branch of red coral, an upright Dharma wheel, and an incense bowl. At the left of Gopaka, there is a standing monk with dark red robes that offers a mandala plate a symbolic representation of the universe. At the lower right of the Gopaka, there is a monk is seated in a casual posture alongside a small table and begging bowl.

At the upper left of the Gopaka, there are trees, billowing clouds, and dark blue sky frame a large pavilion with a three-tiered roof of gold. At the middle right of the Gopaka, there is a white snow lion with an orange mane stands at the opening of a cave. Above, floating on grey clouds is Green Tara with one face and two hands.

The right performs the mudra of generosity and the left at the heart the mudra of blessing. Both hands of Gopaka hold the stems of lotus flowers blossoming over each shoulder. Richly Gopaka is adorned with jewels and silks and he sits in a relaxed posture with the right leg extended.

On the king of mountains, Bihula is the noble elder Gopaka who is surrounded by 1,400 arhats. And Gopaka is an homage to the One holding a book with the two hands. The Sixteen Great Arhats are generally painted as a set. The full group would include the buddha Shakyamuni, the 16 arhats, the attendant Dharmatala, the patron Hva-shang and the Four Guardians of the Directions  Vaishravana, Virupaksha, Dhritarashtra, and Virudhaka. 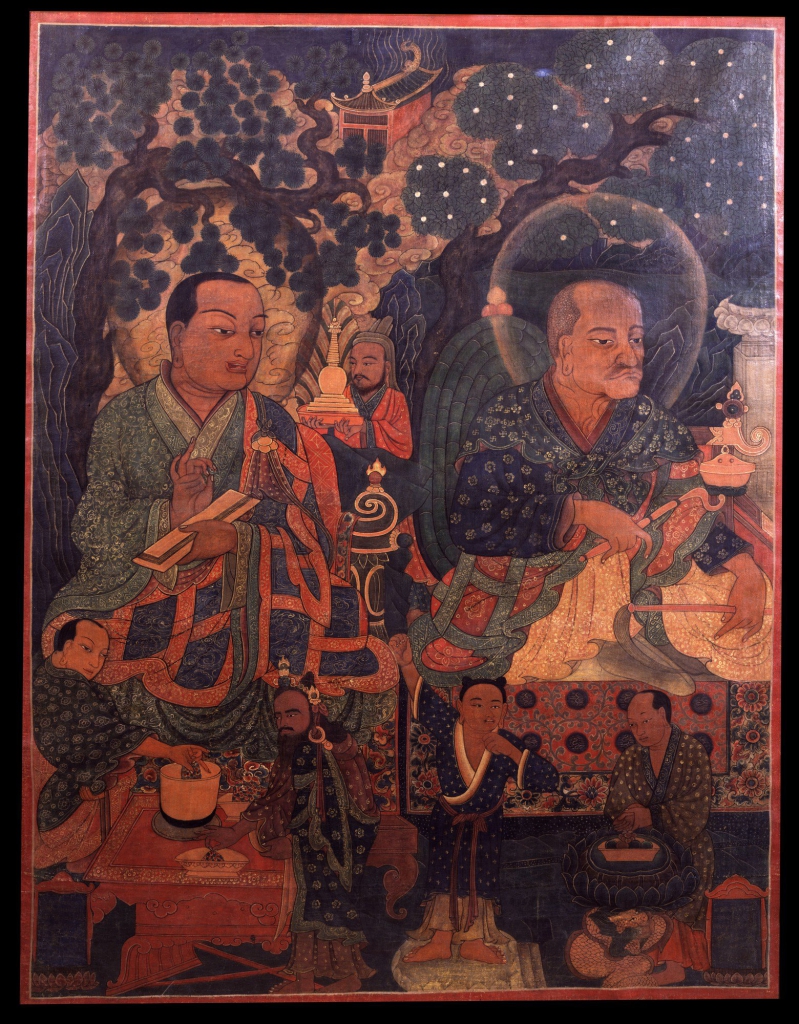 Gopaka is the Elders who are known as the 15th and 1st arhats from the set of 16 great arhats. Gopaka is also called principal students of the Buddha Shakyamuni. Gopaka is handsome in appearance with dark hair and the mouth slightly open.

Gopaka holds the right hand to the heart in the mudra of religious explication. The left hand of Gopaka is placed below holds a religious text. Gopaka is draped across the left shoulder of a dark green jacket is an orange and blue patchwork robe.

Gopaka is seated atop an ornate throne, the head is surrounded by an areola of light. Gopaka is an attendant standing behind at the side offers a golden stupa. In front of Gopaka is busy with preparations two attendants work at a table.

At the right of the thangka, there is Angaja who is mature in appearance with grey hair and a pronounced frown. The right arm of Angaja is supported on the raised knee. The hand of Angaja is holding an incense bowl.

The left hand of Angaja is loosely extended across the leg holds a flywhisk. In a coat of blue and gold brocade covered with a patchwork robe of green and orange. Angaja sits in a relaxed posture atop an ornate throne and the head surrounded by an areola of light. In the front two attendants appear active in their duties. 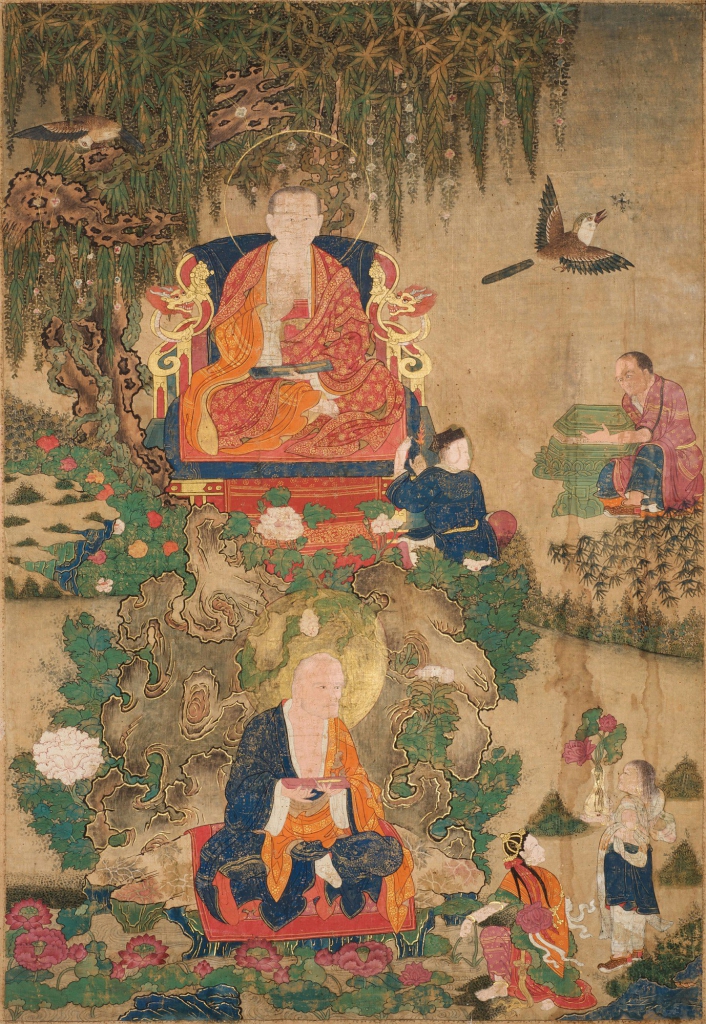 The Arhats Gopaka is likely from a set of eleven paintings. The Sixteen Great Arhats are generally painted as a set. The full group would include the buddha Shakyamuni, the two principal students Shariputra and Maudgalyayana, the sixteen arhats, the attendant Dharmatala, the patron Hvashang and the Four Guardians of the Directions  Vaishravana, Virupaksha, Dhritarashtra, and Virudhaka.

The total number of figures in the composition is twenty-five. In the largest sets of thangkas, each figure is depicted within a single composition except for Shariputra and Maudgalyayana. These two are shown standing to the right and left of the Buddha.

In this, the largest set of thangka compositions the number of works is twenty-three. The next most common way of presenting the arhats is in a nine thangka set. Each arhat is doubled up with another arhat in a single composition.

The arhats can be found in sets of eleven paintings, five, and three compositions. It is also to have Shakyamuni Buddha at the center of a thangka with the two principal students, Sixteen Arhats and other figures in a single painted composition. 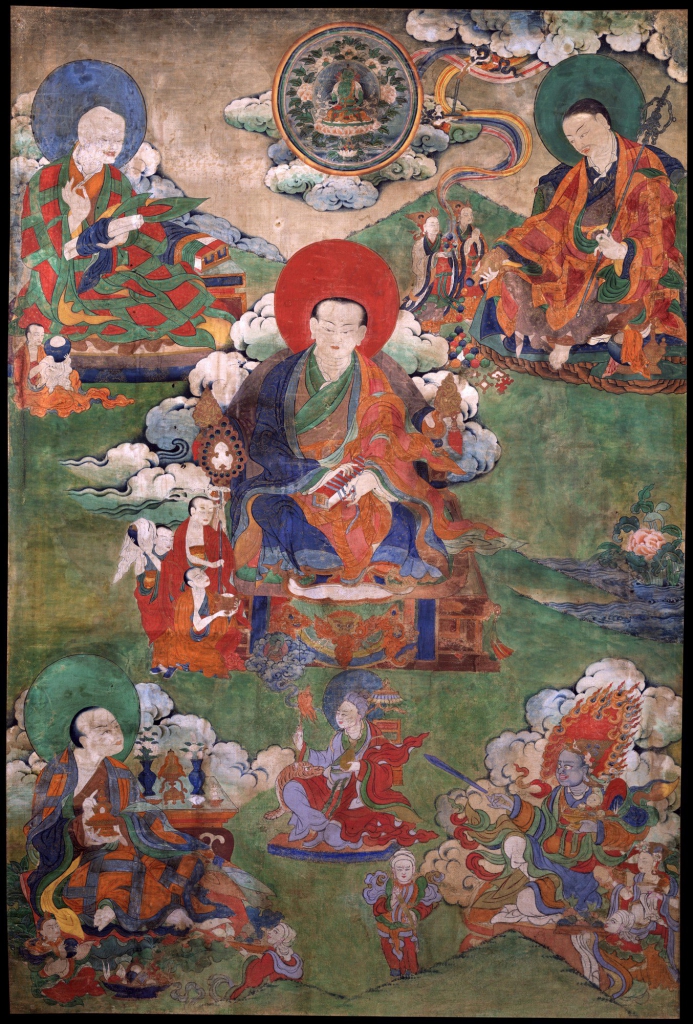 Gopaka was born in 1700. And the Gopaka was dead in 1799. Four Arhats and a Guardian King from five thangkas set depicting Shakyamuni Buddha and the Sixteen Arhats. 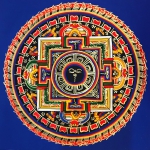