Art Of Nepal: Thangkas And Paubhas 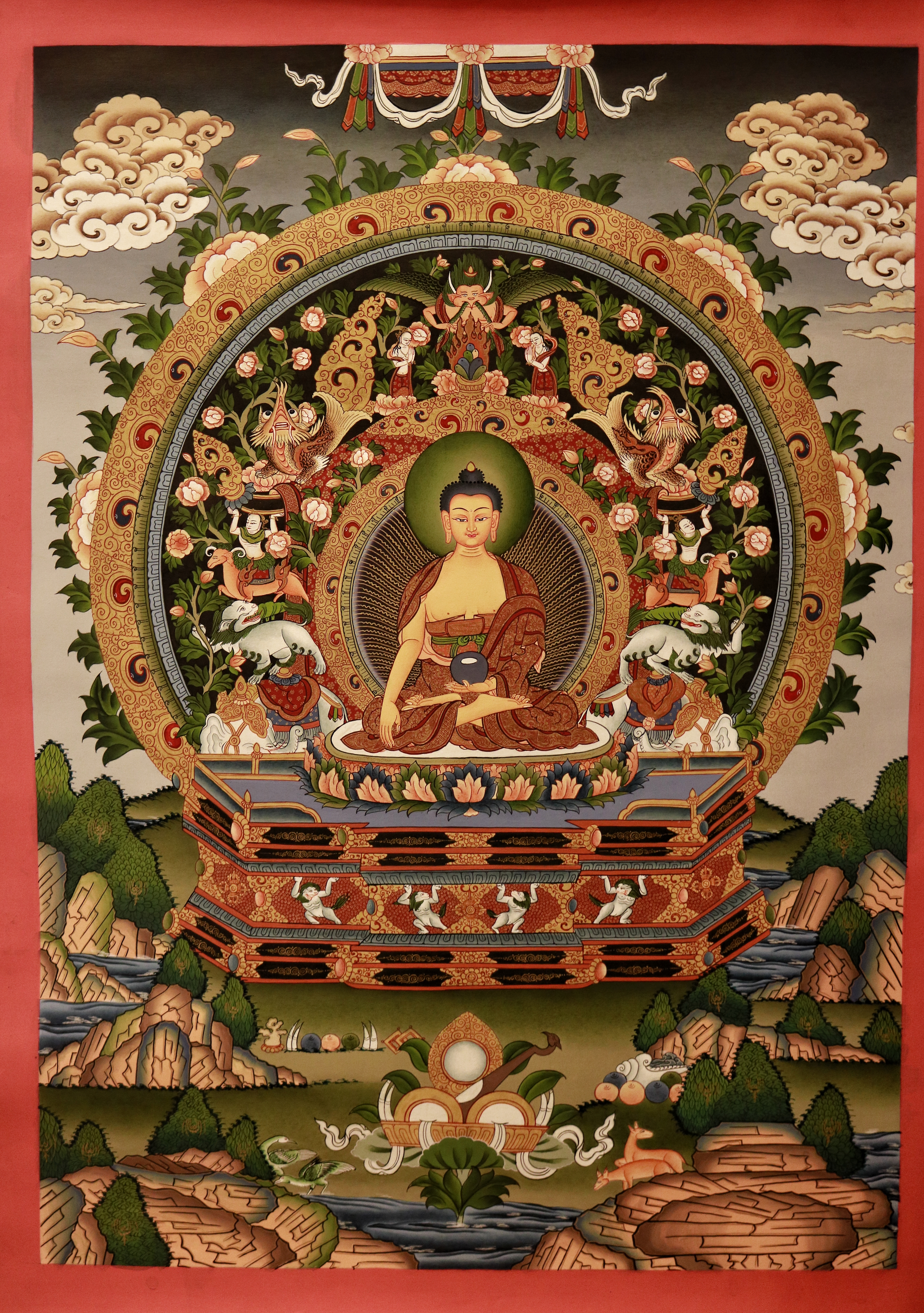 Art Of Nepal: Thangkas And Paubhas

Paubhas is a traditional religious painting made by the Newar people of Nepal. Paubhas depict deities, mandalas or monuments, and are used to help the practitioner meditate. The Tibetan equivalent is known as Thangka. For more than eight thousand years an artistic tradition of great skill and beauty has flourished in the Kathmandu valley.

As long ago as the 12th-century Newar painters, bronze casters and architects were famed across Asia and highly sought after for their talents. The emperor Kublai Khan in distant China invited them to work for him. They were patronized by great lamas and monastic institutions in Tibet.

The Malla kings of their own homeland competed for their skills to enhance their palaces and temples.

Generation after generation, century after century, the painters of Nepal demonstrated their extraordinary gifts. In nearly every remaining great monastery and temple in central Tibet, the indelible print of their hand and the influence of their vision can be seen in the wonderful frescoes and breathtaking statuary.

Traditionally, painting in Nepal is a family profession. Artistic techniques are passed on from father to son or uncle to nephew and survival of their heritage has depended almost entirely on either royal or religious patronage. After the l8th century when the Malla dynasty in Nepal came to an end, the demand for Newar art declined. The ruling Rana’s taste in art and architecture drifted towards the West, towards secular motifs, Victorian ornaments, and sensual European statuary.

There was little demand for Newar paintings of the traditional kind or “paubhas” as they are called. The tradition of Tibetan thankas or religious scroll paintings continued, however, and those ethnic communities in the Nepalese hills whose culture was based on Tibetan Buddhism supported their own village thanka painters often sending such artists to spend many years in the monasteries of Tibet.

Thanka paintings depict the sacred images of the Buddhist Mahayana or Vajrayana religion. They are hung in temples, monasteries, private houses and nomad tents. In Tibet, on special holy days, vast appliqué thankas are displayed in the open air on hillsides, to be viewed from miles around. Used for ritual evocation, meditation and devotions there is great merit to be obtained by donating a thangka to a monastery or by commissioning an artist to paint one.

Using a thangka for the correct visualization of certain peaceful or wrathful deities can assist in protecting and purifying the body, speech, and mind.

Thankas used for these purposes be accurate in terms of form, color, and content. When preparing a canvas for painting it must first be properly primed. Thangkas need to be supple and the ground and paint have to have proper adhering qualities if they are to survive for long. Rolling and unrolling in the course of transport to the sites of rituals from household to household and from storage to public viewing soon crack and damage a poorly crafted painting.

So care must be taken that the cotton cloth on which the painting will be painted is well stretched on its hardwood frame and sized with yak or buffalo skin glue. Several layers of chalk white paint are applied according to the correct formula and polished often with especially smooth river stones.

Only when a perfect surface has been achieved will the design of the images be mapped out. Ideally, a thangka represents divine form and balance. A Buddha should never resemble a misshapen demon and each of his emanations, each deity, and his or her retinue have not only prescribed proportions but also a predetermined place on the surface of the thangka. Drawing out the composition requires great skill and the measurement of body width to height, head to torso, is calculated in units – the length of a barley grain, the width of a finger and so on – balanced against the perfectly vertical and horizontal axes of the canvas.

The same rigor applies to the use of pigments. Fine quality stone colors, highly prized for their luminosity, are costly and require careful grinding and preparation. Only patient work with a pestle and mortar and extraction of impurities will provide an artist with glorious sky blues, cinnabar reds, and mountain greens. Special meditations are undertaken by those well taught in mixing color, which help heighten the quality of the painter’s vision as well as that of the pigment.

Of course, recent access to commercially prepared paints has meant that many thangka painters today bypass some of the arduous processes of paint preparation.Today there has been a wonderful artistic resurgence in Nepal. Tourists, travelers and other visitors from abroad have become some of the most important sponsors of Sherpa, Tamang, Newar and Thakali artists. Coming from industrialized nations, travelers recognize the time and application it requires to produce these lovely paintings. And while they may not fully understand them, they are moved by the wise compassionate smiles of the Buddha images, the fearless energy of the wrathful deities and the curious birds and beasts that accompany them.

Thanka painting was traditionally an entirely male occupation. Inevitably Nepal’s recent exposure to other cultures has brought innovation. The different community has recently inaugurated a workshop for training girls.

”We can’t pretend that the 10th century and the 20th century are the same. The mentality has changed and the painting will change with it”.

There is no confusion this is true, and with new vision and inspiration, the skill that is the heritage of Nepalese artists will continue. Among the Buddhas and graceful gods and goddesses they are painting today, some undoubtedly rival their ancestors in the great fine art museums of the world and will continue to do so.