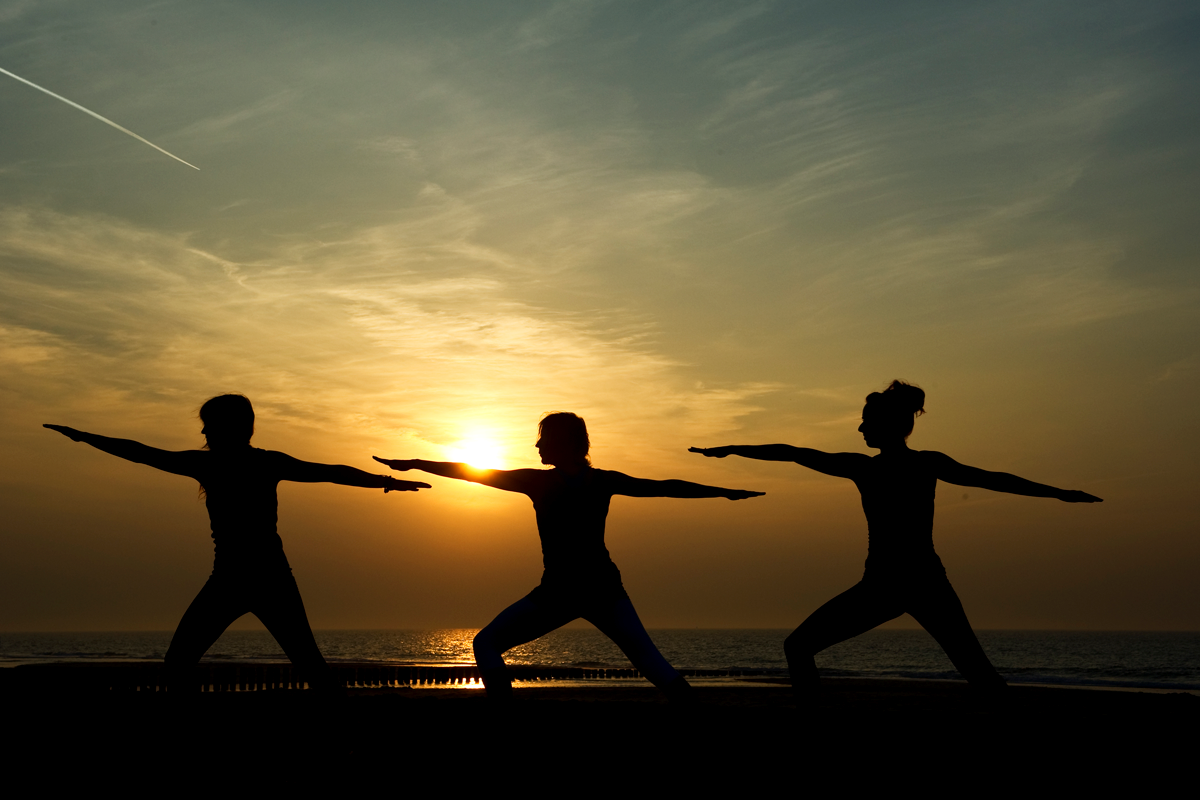 The slim, svelte figure is a goal of our culture, especially for the female sex, so that the next series of asanas may be of particular interest to women. From the point of view of Hatha Yoga, the elimination of excess fat has been one means of achieving body-mind harmony.

Even before modern insurance actuaries pointed out the correlation between excess weight and high mortality, Yogis had determined that every pound of weight above normal (particularly for persons over forty) shortens life by one year. While many persons have ruined their health and even courted death by attempts to lose weight through chemical pills or starvation diets, the Yoga reducing method improves body tone while it trims excess poundage.

Recent medical findings on overweight, which were also foreshadowed by the Yogins, indicate that the accumulation of body fat is a symptom rather than a disease. In the great majority of cases, obesity is due to psychological rather than physical causes. In a small number of persons, obesity may result from the faulty or subnormal functioning of the endocrine glands.

However, most fat people owe their condition to overnutrition or underoxidation of the food consumed, or a combination of both. Unused surpluses of ingested food are deposited in the body tissues as fat and accumulate in those parts of the body which are least affected by the muscular action. Fatty deposits in certain parts of the body may not be too noticeable, but deposits in the area of the hips and abdomen are both unsightly and difficult to remove by ordinary means.

Everyone has heard the complaint of the dieter that “my face looks thinner, but the fat stays on my hips and stomach!

Another aspect of obesity which is generally overlooked by the reducing faddist and the Western exercise “schools” is that improper elimination is a great contributor to stoutness. One of the basic objectives of the Yoga postures in the reducing regime is to exercise the trunk and mid-trunk.

It has been found that the first successful step in the removal of excess fat is to combat constipation by eliminating the use of laxatives and substituting proper Yoga exercises. These postures and movements, which massage internally and invigorate the muscles and walls of the abdomen, have been found to be successful in the treatment of cases of functional and chronic constipation.

While the Yoga postures discussed above enhance tonicity of the extremities, hygiene of the trunk is important for general good health and is especially important for tense or obese persons. The daily postural exercises already described will supply adequate tonicity to the thorax.

However, special attention is needed for the abdomen and the waist. Abdominal tonicity can be achieved in two ways: by the systematic exercise of abdominal muscles by anterior and posterior movements, and through mechanical effects on the inner muscles by intra-abdominal compression.

The Toe-Finger Pose offers a variation for forwarding and sideward movements. Stand erect with your legs straight, chest was thrown forward and hands at your sides. While exhaling, slowly raise one leg straight forward, until it is at a right angle to your body.

Avoid bending your knee. Balancing your body on one leg, stretch your arms forward, and either touch or take hold of the raised leg with the fingers of one or both hands. Maintain this position for only a few seconds at first, during the suspension of breath. Inhale while returning to the starting position.

Repeat this posture three times in one minute, lifting each leg alternately. For best effects, do it in the morning. To establish harmony between motion and breathing:

A variation of this pose is to raise your leg sideways instead of forward. Other movements remain unchanged. If you are unaccustomed to exercise, start by lifting your leg without attempting to touch or hold your toes.

You will probably find that in the early stages your fingers cannot be made to touch your toes, or that your knee tends to bend. Try to rectify these errors each time you practice the posture.

If, however, you feel the muscular strain, place your hands on your hips and practice the leg movements with the appropriate breathing. An analysis of the benefits of this pose shows that the flexion of the hip, followed by exhalation, increases abdominal compression.

In addition, slow, steady, alternate movements provide a mild internal massage to the viscera by utilizing the muscles and tendons of the normally inactive lower abdomen and hips.

Consistent practice of the Toe-Finger Pose should improve the flexion of your hips. As this proceeds, you should also try to increase the intra-abdominal pressure through an exercise which induces maximum stretch of the posterior muscles.

This may be achieved by utilizing the Yoga Hand-Leg Pose, or Hastapadasana, and its variations.

Start this pose with the now-familiar Triangle Pose, standing erect with your feet together. Next bend forward at a right angle, while reaching your toes.

With your legs straight, exhale and bend forward from the waist slowly. The aim is to be able to hold your ankles with your hands, keeping your head pointed downward.

Maintain this position for a few seconds, while suspending your breath. Then return to the starting position, while exhaling.

Repeat the exercise with a two-second pause after each movement. Complete four rounds in one minute.

Grasping your ankles will be difficult in the beginning, but with regular practice it will become easier. When you can comfortably hold your ankles tightly, try to fold your arms near the elbows. Then draw your head closer to your knees.

This practice should be continued for several weeks. Finally, try to rest your forehead between your thighs just above your knees. Try this pose with slow, normal breathing at first, especially if you plan to hold it for more than four seconds. As a precaution, do not breathe in deeply during this pose, for there is a possibility that this could injure the delicate internal organs which are now in a condition of intra-abdominal pressure.

This is probably the first really difficult posture that you have attempted. For the best results, allow a fairly long time for the completion of the posture.

Keep in mind that the goal is not to become proficient at holding the pose, but to acquire the benefits of regular practice. Undue effort that causes muscular strain or a feeling of personal inadequacy will be harmful.

A posture which cannot be achieved in the morning may often be attained in the evening, since the day-long use of the body may make the limbs and trunk more supple. Women should not practice this posture or any other which involves intra-abdominal pressure during the first three days of menstruation or during pregnancy.

Purpose of These Poses

The benefits derived from the poses just discussed result from their twofold action. They effectively stretch the posterior muscles which support the abdomen, hips, and waist, thus increasing the tone of the abdominal and pelvic organs.

They also help to loosen and reduce unhealthy and unnecessary fatty tissue. Above all, they effectively reduce constipation and induce natural, regular elimination. Much tenseness and stress is not due to the pressures of outside influences or nerves, but results from bodily discomfort because natural functions are hampered.

The noxious effect of autointoxication is caused by a lack of proper tonicity. This is what the Yoga postures and exercises can overcome if followed faithfully—the achievement of “mens sana in corpore sano”—a sound mind in a sound body.