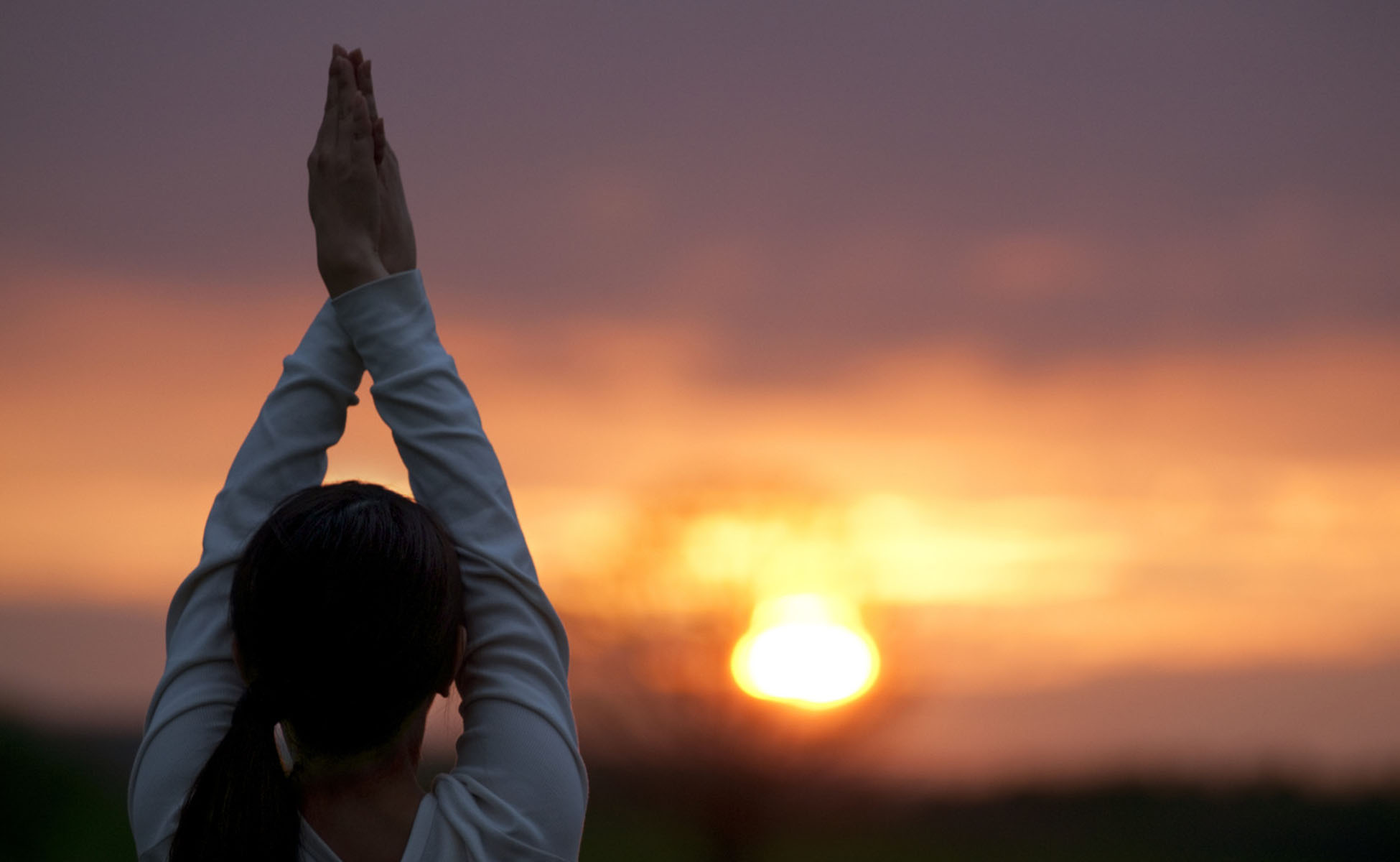 While the great majority of the asanas have a curative or therapeutic value, there are several which are purely for the purpose of relaxation. Relaxation should not be mistaken for inertia. It is not a state of lethargy; rather, it is rest after effort or, perhaps, conscious rest after the conscious effort. One definition of relaxation is “a complete resignation of the body to the power of gravity, surrender of the mind to nature, and the whole body energy being transferred to a deep, dynamic breathing.”

In many parts of the world, where human beings still transport heavy loads, it is amazing how far they can carry burdens that most individuals could not even lift from the ground. Observation of porters in many parts of the Orient and the Arabic world has shown that their endurance may be due to the ability to relax. During long, heavy hauls, they often stop and lie down in apparently semi-lifeless states for as long as an hour. Then they rise, refreshed, and resume their arduous journeys.

Proper, purposeful relaxation offers the greatest amount of renewed strength in the shortest length of time. After extended exertion or stress, perfect rest in the form of relaxation is the principle which revitalizes the nerve centers, collects the scattered forces of energy and invigorates the body. The three poses of Yoga for complete relaxation are Dradhasana, Shavasana, and Adhvasana.

This is considered best for sleeping, as it is the most comfortable. To take the pose, lie relaxed with your right arm under your head, using it as a pillow. By lying passively on the right side, you favor emptying of the stomach and make breathing movements easier. In practice, it has been found that sleeping in this manner generally inhibits dreams and nocturnal emissions and improves digestion. A short period of sleep becomes the equivalent of a longer sleep for recuperative purposes. It is also recommended for short periods of waking relaxation.

This is recommended for use when the student of Yoga experiences fatigue during any of his exercises. This pose is described in the tracts as “destroying fatigue of the body; quieting the agitation of the mind.” Lie faceup with your feet extended. Remain motionless with a sense or feeling of sinking down like a corpse. Gradually relax every muscle of the body by concentrating on each individually, from the tip of the toe to the end of the skull. Exercise absolute resignation of will by trying to forget the existence of your body and detaching yourself from it. Hold this posture until you feel restored.

Medical authorities have confirmed that the Shavasana pose brings about a fall in the blood pressure and pulse rate and establishes an even rate of respiration. If this pose is kept for more than ten minutes, the deepened respiration and lowered circulation in the brain will probably bring about a tendency to sleep.

Lie down with your head on your folded arms, as if on a pillow, and concentrate as in Shavasana. Relax all your muscles. Then stretch your hands and legs out fully, and permit the power of gravity to take over the weight of your body as you relax every voluntary muscle.

Another group of asanas, or postures, specifically provides for the care of the nervous system. These exercises have been found to be especially helpful to persons of a neurasthenic condition. An individual in this state will be mentally vague, lack determination, and have continual feelings of inferiority, fatigue, and distraction, accompanied by a state of anxiety. Lack of willpower and other forms of nervous or mental debility are all indications of a lack of tonicity in the brain-nervous system.

In many ways, symptoms of the neurasthenic are similar to those of an older person who is approaching or has reached senility. Yoga investigators feel that the condition may be due to a degeneration of the nerve cells with resultant subnormal functions. While the Yoga process may not reverse the situation in the case of an aged person, it has resulted in relief for neurasthenics of young and middle age. In addition, the normal person who utilizes these asanas will find that he derives from them a new keenness of mind and an ability to utilize his nerve-energy to the utmost for whatever personal goals he may have set for himself.

The anterior and posterior stretching offered by the Snake Pose is said to be ideal for spinal exercises, preserving or restoring tonicity in the spinal column and nervous channels. Lie on your stomach, with your legs stretched and toes pointed outward. Keep your arms at your sides, with palms down, and your forehead on the floor. Then, slowly raise your head and neck upward and backward.

When your head and neck are slightly raised, plant your hands on both sides of the abdomen. Inhale, and gradually raise your thorax and the upper part of your abdomen by increasing the angle between your hands and rising shoulders. From the navel downward, your body should remain fixed to the ground. Only the upper portion of your body should be raised. In some texts, this pose is called the “Like a hooded cobra striking” pose. Work toward this pose gradually, avoiding muscular strain or “jerkiness” in your efforts to raise the upper part of your body. As you practice this pose, you will feel the pressure on your spinal column gradually working down the vertebrae until you feel a deep pressure at the coccyx.

At first, concentrate on the posture. Having achieved the correct pose, exhale and return to the starting position. Lower yourself slowly. In contrast to the pressure which you felt as you entered this posture, you will experience a feeling of relief along with your spine as you lower yourself. This asana should not be utilized by women during menstruation or advanced pregnancy, or by men suffering from a hernia. Persons with a weak physical structure should approach this asana slowly and drop it if they find it too arduous. It may be attempted later when the other muscle-tone asanas have shown their effects.

It is suggested that the Snake Pose be practiced for at least a month, by which time its effects should be felt. Practice it daily, preferably in the evening before dinner.

The Snake Pose is actually the first of a linked pair of postures, the second being the Halasana or Plough Pose. This pose should be undertaken when you are fully rested. To start, lie on the floor with your face upward and arms resting at your sides, palms downward. Then raise your legs together, slowly inhaling until your legs are brought at a right angle to the body. Next, while exhaling slowly, raise your hips and lower your legs beyond your head. Keep your legs together and straight. As you become practiced in this posture, stretch your toes further and further beyond your head.

If you find this posture too difficult, keep your legs folded or bent and raise them as high as you can. Practice in the following manner:

Do not overdo this posture. At first try it once daily, then, as it becomes easier, work toward the completion of six rounds in a minute. It may be easier at first in the evening when the body is more supple. When perfected, it should be practiced in the morning on an empty stomach. Those who are extremely overweight may find this pose impossible, as will those with stiff muscles. Also, it is not recommended for those with any form of a hernia. In addition to its cerebral-nervous system therapy, this pose is highly effective in ridding the body and nervous systems of toxic accumulations and its perfection and regular use will aid largely in achieving purification of the nervous-energy channels.

This is the climactic pose of the series suggested for nerve-spinal adjustment. Generally, it is impossible to achieve before the two previous posts have been perfected. Kneel and while supporting your body on your toes gradually lean backward, after fixing your arms behind you, with your palms to the ground, fingers pointed outward and thumbs toward your toes. Keeping your arms straight, slowly lift your hips while inhaling. Then, push your body above the waist slowly outward and upward, throwing your neck downward. As you come into this posture, you should feel the pressure traveling upward toward your shoulders and neck, finally reaching your neck and facial muscles. It is suggested that this pose is practiced in the morning, but not more than once daily. In timing, the body-lift should take three seconds with inhalation; retention, six seconds; return to the kneeling position while exhaling, three seconds.

TIME SCHEDULE FOR PRACTICING THE ASANAS

The time schedule has been established to enable the person of ordinary muscular development to follow a routine of Yogic exercises. After reading the text and gradually taking the step-by-step procedure for the postures and exercises, you should make a copy of this chart and place it on the wall of the room in which you practice the asanas. Do not overdo, as the Yoga exercises are designed for a gradual program of improvement. This is not an easy, one-day course.

Those who have been reading popular articles on Yoga may notice that there are no standing-on-head asanas recommended. Those and the other drastic asanas may actually be harmful unless they are preceded by a full program of physical preparation under a competent teacher of Yoga. The sequence recommended here goes from easy to difficult movements and will exercise alternate sets of muscles. Where breathing routines are shown with the asana, it is of utmost importance that they are followed closely for maximum benefits.

In a few months, the benefits of this program will be evident and the exercises, diet and mental therapy suggested in this book should be made a lifetime project.