All you need to know about Bikram Yoga 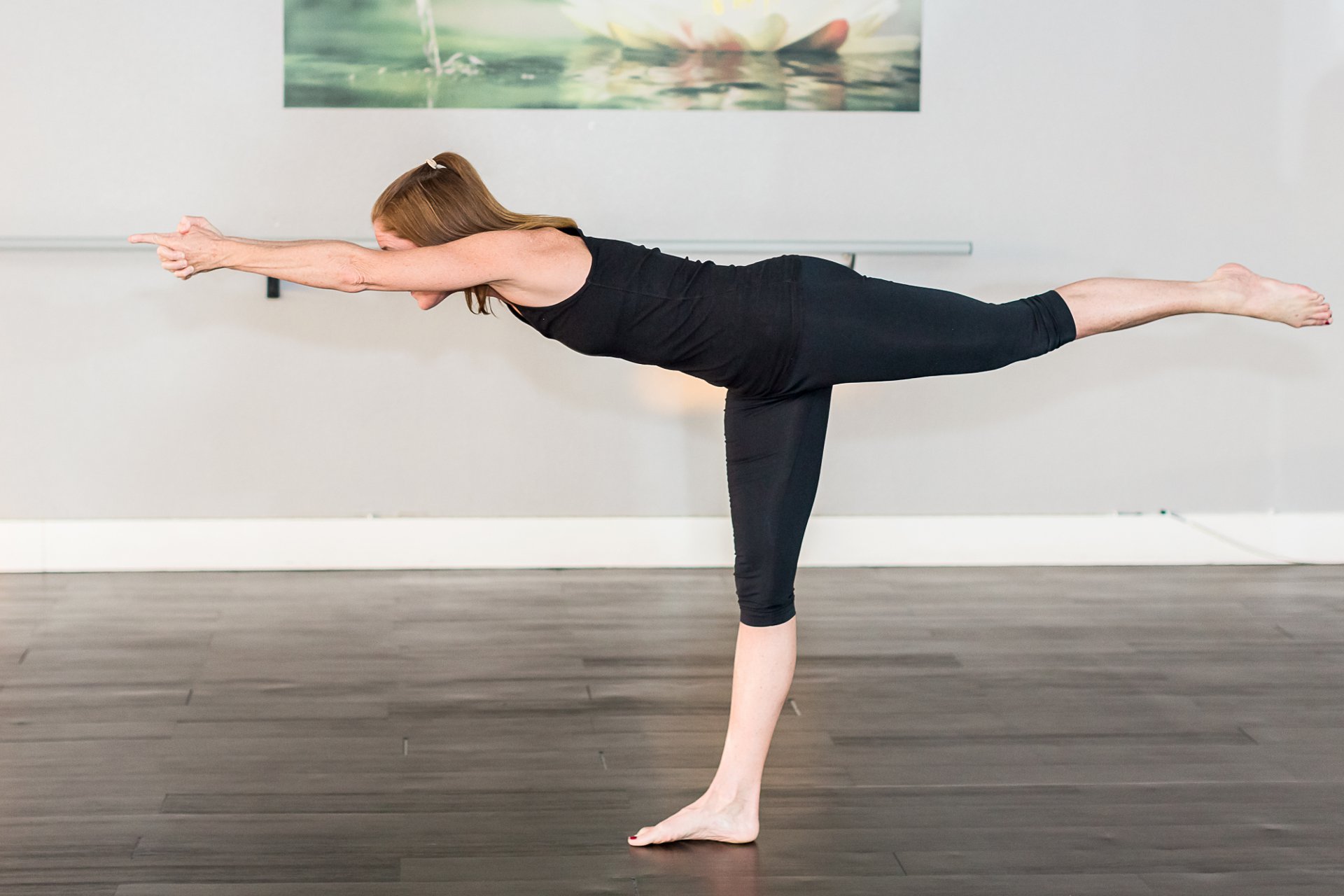 All you need to know about Bikram Yoga

Bikram Choudhury was born in Calcutta in 1944. He began studying yoga in 1969. He arrived in America in 1971 and soon began to teach yoga in health resorts in California.

In 1974, two pupils, Shirley MacLaine and Anne Marie Bennstrom helped him to open his own school at 9441 Wilshire Boulevard in Los Angeles. He attracted celebrity pupils including the Hollywood dancer Marge Champion and the actor’s Keir Dullea, Martin Sheen, Susan Sarandon, and Raquel Welch. Yoga classes were initially free with a donation box.

Maclaine told Choudhury he could not run an American yoga school like one in India. He began to charge $5 for classes and attendance started to grow at once. Choudhury later devised the 26-posture sequence of Bikram Yoga which is based on the writings of B. C. Ghosh.  He did not study under Ghosh from an early age as he has claimed.

Bikram Choudhury is the founder of the worldwide Yoga College of India. Bikram began Yoga at the age of four with India’s most-renowned physical culturist at that time, Bishnu Ghosh, the younger brother of Paramahansa Yogananda. Bikram practiced Yoga at least four to six hours every day at Ghosh’s College of Physical Education in Calcutta.

At the age of thirteen, he won the National India Yoga Championship. He was undefeated for the following three years and retired as the undisputed All-India National Yoga Champion. At seventeen, an injury to his knee during a weight-lifting accident brought the prediction from leading European doctors that he would never walk again.

Not accepting their pronouncement, he had himself carried back to Bishnu Ghosh’s school for he knew that if anyone could help to heal his knee, it was his teacher. Six months later, his knee had totally recovered. Ghosh was a celebrated physical culturist and the first to scientifically document Yoga’s ability to cure chronic physical ailments and heal the body.

Bikram was asked by Ghosh to start several Yoga schools in India. The schools were so successful that at Bishnu’s request Bikram traveled to Japan and opened two more. He has since brought his curative methods of Yoga therapy around the world.

Some of the benefits of doing Bikram Yoga are:

You may already know that stretching after you warm up your muscles is safer than stretching cold muscles. So, it follows that an environment like a hot yoga studio can make yoga poses easier and more effective. The heat allows you to stretch a little further and achieve a greater range of motion.

A 2013 study trusted Source of Bikram yoga found that after 8 weeks. Yoga participants had greater flexibility in their low back, shoulders, and hamstrings than the control group.

A 160-pound person can burn around 183 calories an hour with traditional yoga. Turning up the heat can help you burn even more calories. According to researchers at Colorado State University, the calorie burn can be as high as 460 for men and 330 for women during a 90-minute Bikram yoga session.

Hot yoga, even if it’s not quite as intense as a Bikram session, will burn more calories than a traditional yoga workout.

This leads the authors of the study to believe that Bikram yoga may be an effective option for reducing the risk of osteoporosis in women.

Many people turn to yoga as a natural way to deal with stress. A 2018 study trusted Source of stressed, physically inactive adults found that a 16-week program of hot yoga significantly reduced the participants’ stress levels. At the same time, it improved their health-related quality of life, as well as their self-efficacy — the belief that you have control over your behavior and social environment.

Yoga is well known as a technique to help you relax and improve your mood. According to the American Psychology Association, it may also be a helpful therapy for reducing the symptoms of depression. Additionally, a 2017 review trusted Source of 23 different studies that focused on yoga as a treatment for depression concluded that yoga is an effective way to reduce depressive symptoms.

Striking different yoga poses in high heat can give your heart, lungs, and muscles a more challenging workout than doing the same poses at a lower temperature. According to a 2014 study, just one session of hot yoga is enough to get your heart pumping at the same rate as a brisk walk. Bikram yoga also revs up your respiration and metabolism.

While any type of exercise can help burn energy and reduce circulating levels of glucose (sugar) in your bloodstream. Hot yoga may be an especially helpful tool for people at higher risk for type 2 diabetes. A 2013 study trusted Source found that a short-term Bikram yoga program improved glucose tolerance in older adults with obesity, but it had less of an effect on young, lean adults.

Sweating, and a lot of it is one of the main objectives of hot yoga. One of the benefits of sweating in a warm environment is that it can improve circulation, bringing oxygen- and nutrient-rich blood to skin cells. This, in turn, may help to nourish your skin from the inside.

There are 26 steps of  Bikram Yoga. They are:

A Bikram yoga sequence starts out in a standing position with a pranayama breathing exercise. You should Utilize optimal lung capacity, a deep inhale, and a deep exhale is practiced to provide the body with oxygen, increase circulation, and improve focus.

The next posture is Ardha Chandrasana or Half Moon Pose. The name is different in Bikram yoga than in other yoga styles where this pose is called Standing Side Stretch. This pose strengthens the abdominal muscles and the spine and stimulates organs necessary for digestion.

In Awkward Pose, you Often referred to as Chair Pose in other lineages of yoga. This pose strengthens your lower body while increasing blood circulation.

Challenge your balance with Garudasana, or Eagle Pose. This is the only posture that taps into all major joints of the body by strengthening, stretching, and providing greater mobility.

This posture Dandayamana Janusirsana, or Standing Head-to-Knee Pose is a highly challenging balance posture that engages the entire body. Specifically, this posture strengthens and stretches the legs, core, and arms while boosting concentration. Just make sure to work into the pose slowly.

It’s not a race, and the last thing you want is an injury.

Continuing with balancing, the next transition is into Dandayamana-Dhanurasana or Standing Bow-Pulling Pose. This pose improves strength and flexibility throughout the body and increases attention and patience. In addition, the Bikram style touts this pose as being the only posture that has a circulation effect of flowing blood from one side of the body to the other, equalizing circulation.

A very similar posture called Dancer’s Pose is taught and practiced in other forms of yoga. Here are some great instructions on how to do it.

The next pose in the Bikram sequence is Tuladandasana or Balancing Stick Pose. Once again you should require balance, determination, and core strength. This pose also increases your circulation.

This pose is commonly practiced in other styles of yoga by the name of Warrior 3.

You should take a break from balancing with Dandayamana-Bibhaktapada-Paschimotthanasana also called standing Separate Leg Stretching Pose. This pose stretches the legs, spinal muscles, and specifically the sciatic nerve. It’s believed to improve the functioning of the abdominal organs and their associated functions.

Trikonasana, or Triangle Pose, is practiced next in the Bikram series to revitalize, strengthen, and stretch the body and mind. You should focus on this pose would be the hips, legs, and core. This version of the Triangle pose practiced in Bikram yoga is very different from the norm in other styles

Specifically, this pose would be called Extended Side Angle in other various yoga classes- it’s a great stretch for your side body.

Translated from Sanskrit to Standing Separate Leg Head to Knee Pose, Dandayamana Bibhaktapada Janushirasana is an intense stretch in the legs and opens the shoulders. The posture is practiced for the benefits of massaging the internal organs and increasing metabolism. If you aren’t a Bikram student, you may have practiced a similar version of this pose called Intense Side Stretch.

Tree Pose or Tadasana in Bikram gets you back to balance. This pose improves posture while strengthening the joints of the ankles, knees, and hips.

You should finish off the standing series with Toe Stand, or Padangustasana. This pose is important for your strengthening feet. This pose expands the range of motion in the ankles, knees, and hips.

It also requires and builds mental stamina and focus.

Everyone’s favorite yoga is Corpse Pose which between the standing and seated series in Bikram yoga. Beyond being highly relaxing and increasing mindfulness. You should always practice this pose for awesome benefits.

Before moving to the seated series, take a minute to open your hips with Wind Removing Pose (Pavanamuktasana). This pose is beneficial for relieving lower back pain by gently stretching. In addition, this posture engages the core and increases hip flexibility.

In other yoga styles, a variation of this pose called Knees-to-Chest is practiced.

This pose, Sit Up ( Pada-Hasthasana) in Bikram yoga is great for centering your mind. This pose helps to energize the body and stretching your legs. Head-to-Knee Pose is a variation of this pose that often practiced in other styles of yoga.

Everyone loves a good Cobra Pose or Bhujangasana, and Bikram is no exception. Great for stretching and strengthening the core, this pose can prevent back pain.

Locust Pose, or Salabhasana, is another great backbend that strengthens while stretching. This pose actually engages the entire body and tones the buttocks, hips, and legs.

Bow Pose, or Dhanurasana, continues on with backbends and is a great pose to open through your chest and shoulders. Invigorating in nature, this posture increases the mobility of the spine.

You should give yourself a little release from backbends, next up is Fixed Firm Pose (Supta Vajrasana). With this posture, you’ll stretch the leg muscles, knee joint, ankles, lower back, and hips. Reclining Hero’s Pose is an alternate version of this pose that is practiced in other forms of yoga.

Tortoise (Ardha Kurmasana) in Bikram yoga, is an awesome, relaxing asana. You feel a release in the neck and shoulders while gently stretching the hips in this posture. Often called Child’s Pose in other forms of yoga.

Only one more backbend to go with Camel Pose, or Ustrasana.

Rabbit Pose, or Sasangasana, is a great release from backbends.

A more intense seated stretch, Head-to-Knee Pose is combined with Stretching Pose (Janushirasana with Paschimottanasana) to provide optimal benefits. In other forms of yoga, this pose is called Seated Head-to-Knee Pose.

Spine Twisting Pose (Ardha Matsyendrasana) is performed on both sides to realign your spine. Another name for this pose practiced in other styles of yoga is Half Lord of the Fishes Pose.

The Bikram sequence finishes in a kneeling posture and a pranayama exercise. Specifically, it’s the use of Kapalbhati breathing while in Vajrasa. Everything you need to know about the Bikram yoga sequence, and its postures.