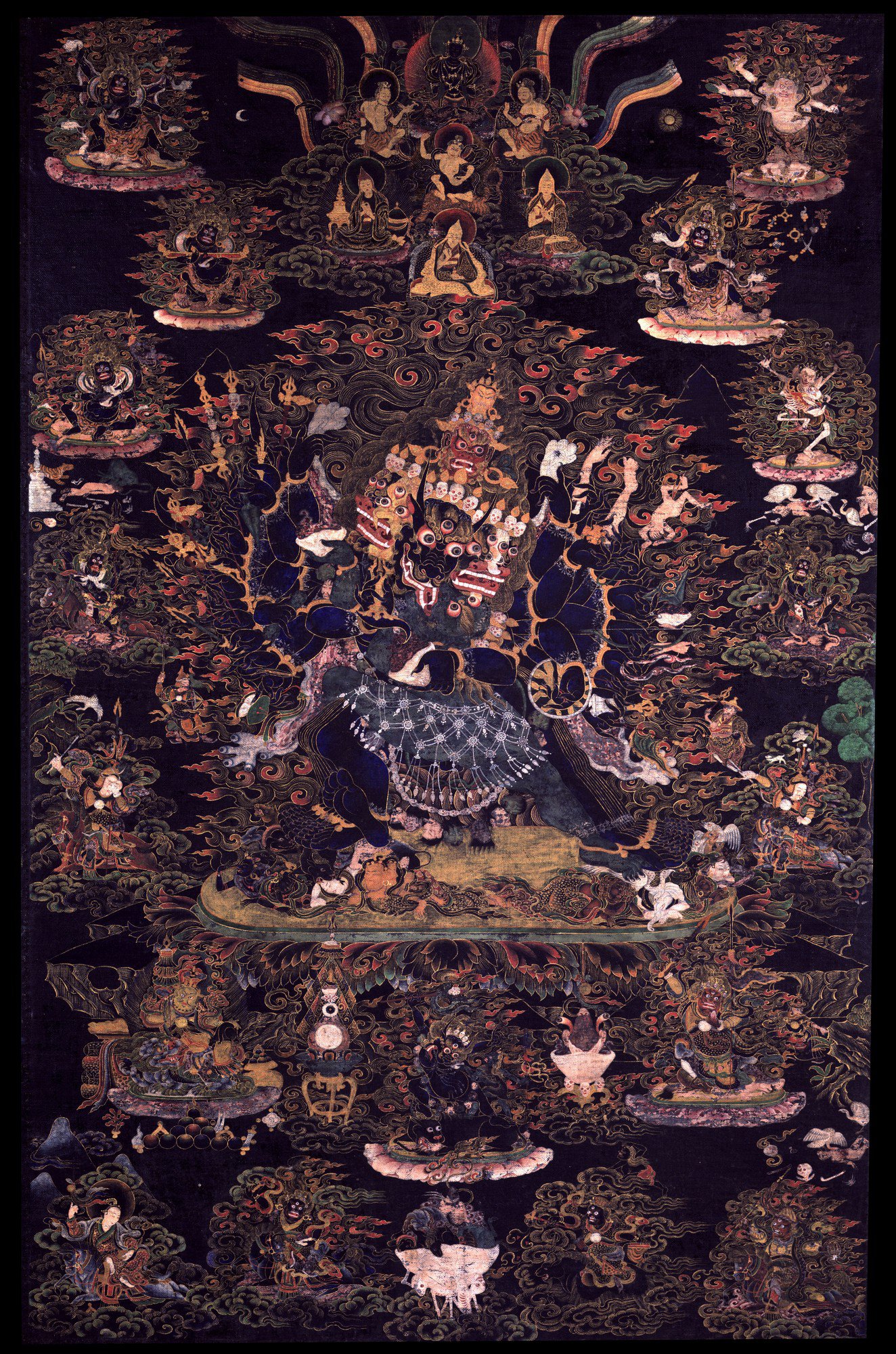 The life of Vajrabhairava

In this section, we are going to learn about the life of Vajrabhairava, after the short etymological description of the word Vajrabhairava itself.

Vajrabhairava look upon by the various protector deities of the Gelug Tradition.

Iconography of the Vajrabhairava

Vajrabhairava is in the center and who is terrifying and wrathful. Vajrabhaivara is dark blue in color with nine faces. Vajrabhaivara has thirty-four hands and sixteen legs.

The main face of Vajrabhaivara is that of a buffalo, with a red face above and the slightly angry face of Manjushri placed on top. The three right faces of Vajrabhaivara are yellow with dark blue and red.  The three left are black, white, and smoky. 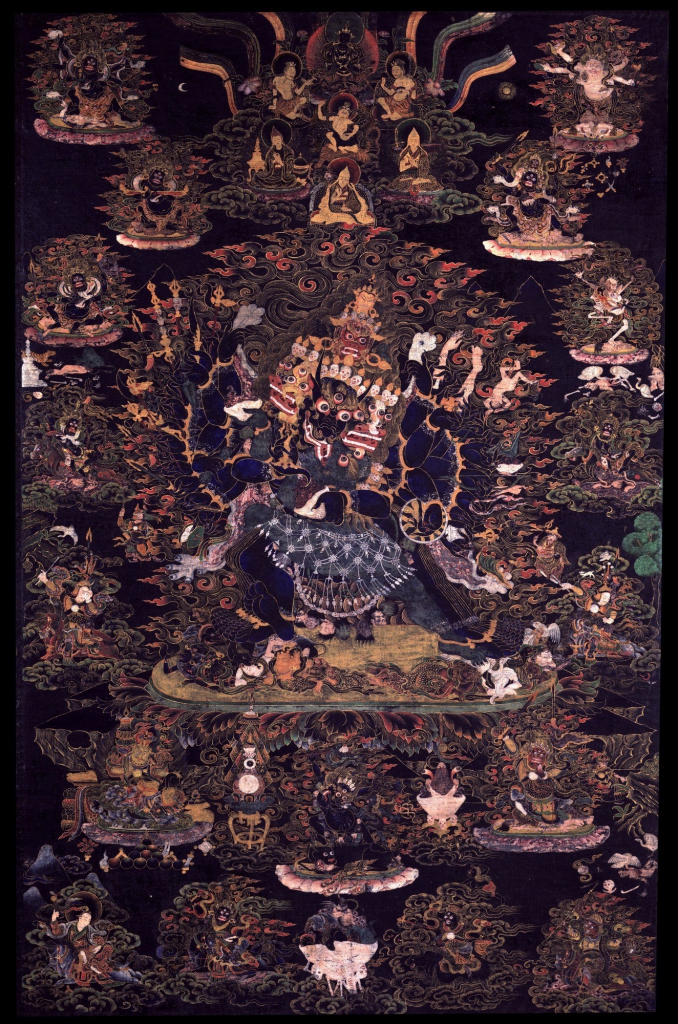 Shadbhuja Mahakala is also known as an emanation of Avalokiteshvara and the special protector of the Shangpa Kagyu School. The Lord of Pristine Awareness has six hands and a body dark blue in color. The first two hands hold a curved knife and skullcup.

The middle two hands a human skull mala and trident.  The lowest two hands hold a Damaru drum and lasso.  Shadhuja Mahakala is adorned with a tiger skin, garland of heads, bones and snakes, and small bells on the hands and feet.

The lineage of the Vajrabhaivara

We are going to learn about the lineage of Vajrabhaivara.

The main lineages of Vajrabhaivara to enter Tibet were those of the following:

Rwa Lotsawa who was born in 1016A.D is one of the most controversial Buddhist teachers in Tibetan history.  Rwa Lostsawa’s tradition was boasted that he killed or murdered thirteen Lamas and many of them famous. Rwa Lotsawa is also responsible for popularizing many Vajrabhairava and Krishna Yamari traditions of practice.

Mal Lotsawa introduced to Sakya the esoteric Vajrayogini lineage known as Naro Khachoma. From Bari, Lotsawa came innumerable tantric practices foremost of which was the cycle of practices known as the One Hundred Sadhanas. Other key transmissions that form part of the Sakya spiritual curriculum include the cycles of Vajrakilaya, Mahakala, and Guhyasamaja tantras. 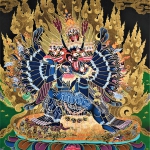 Yamantaka or Vajrabhairava is the “lord of death” deity of Vajrayana Buddhism. Sometimes he is conceptualized as “conqueror of death”.He belongs to the Anuttarayoga Tantra class popular deity within the Gelug school of Tibetan Buddhism.
Buy Vajrabhairava Thangka Painting