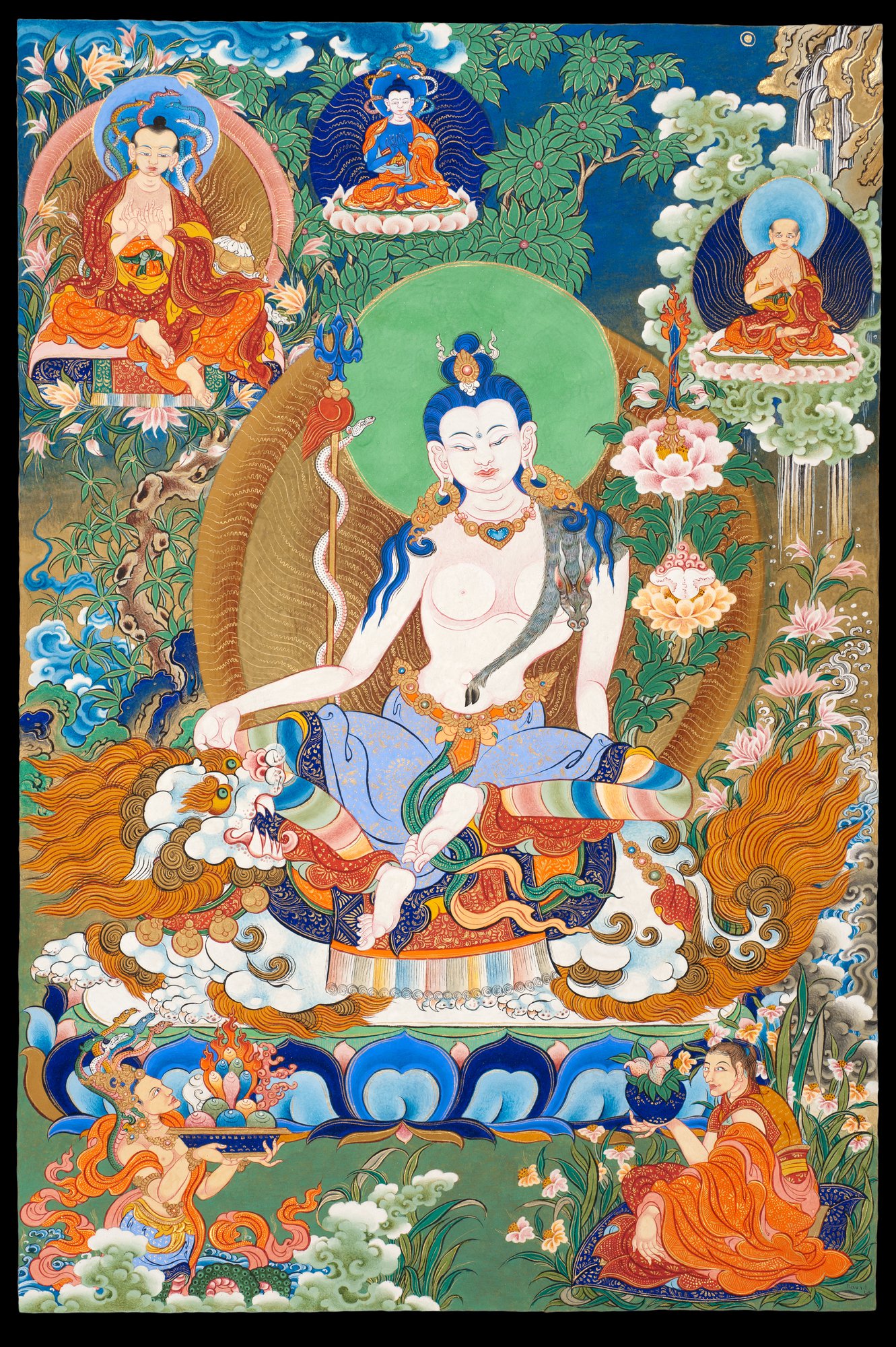 Simhanada is a form of Avalokiteshvara connected with removing illness caused by nagas. Simhanada Avalokiteshavara belongs to the Kriya Tantra classification and arises from the Simahanada Tantra and the text of the Arya Avalokiteshvara Dharani.

His primary activity is to remove sickness and disease especially illness caused by nagas. Jowo Atisha and Mal Lotsawa popularized the practice of Simhanada in the land of Tibet.

He is encircled with a white Brahmin string necklace. He is with a lower garment of red silk. The body of Simhanada Avalokiteshvara is slightly thin and dexterous. 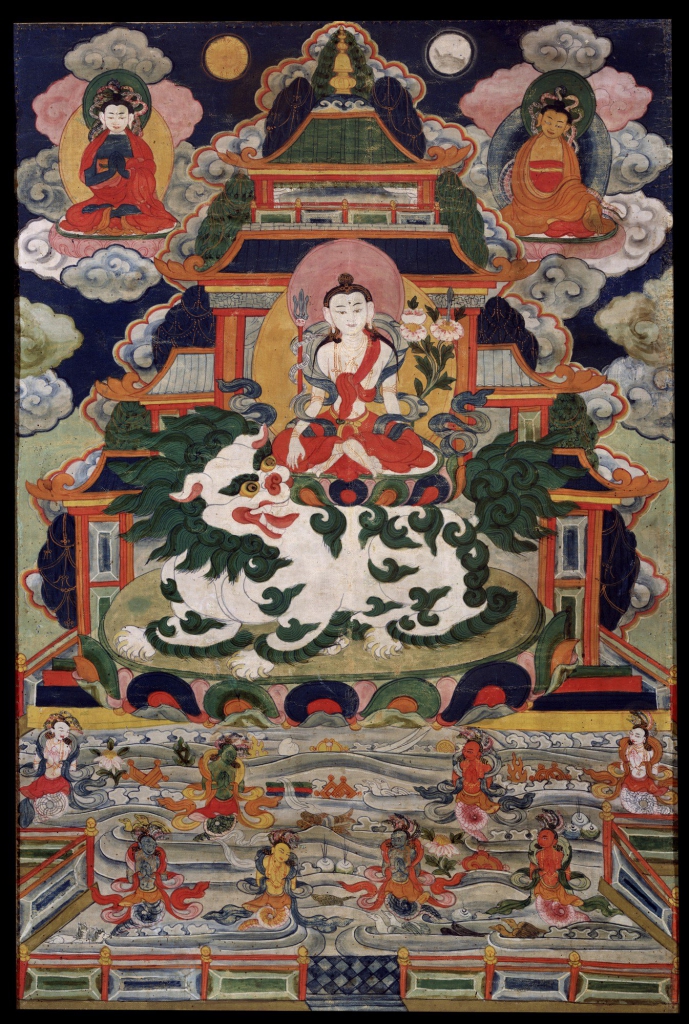 By depicting this thangka, we are going to learn about the presentation of Simhanada Avalokiteshvara with different deities such as Nagaraja Buddha, Arya Nagarjuna,  and Eight Great Nagas, etc.

Arya Nagarjuna is adorned with a canopy of hooded snakes above the head.

Eight Great Nagas are in front of the palace in the cool reflection pond containing many precious objects in the thangka. Eight great nagas such as Vasuki, Karkota, Shankhapala, Ananta, Takshaka, Kulika, Padma, and Mahapadma. These mythical creatures of the animal realm are in various colors.

In this section, we are going to learn about the list of lineages of Simhanada Avalokiteshvara.

By depicting this thangka, we are going to learn about the presentation of Simhanada Avalokiteshvara with Jangsem Dawa Gyaltsen and Shadbhuja Mahakala. 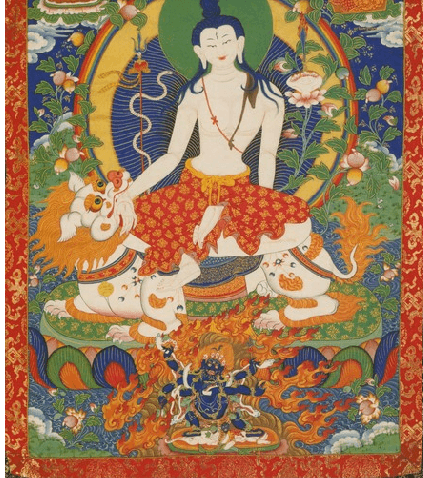 Amitabha is the principal buddha in Pure Land Buddhism.

Jangsem Dawa Gyaltsen is at the upper right of the thangka.

Mahakala is a general class of protector deities in Tantric Buddhism and primarily associated with the Anuttarayoga Tantras. In general Mahakala, forms are wrathful emanations of Vajradhara Buddha. From among the different forms of Mahakala, only this Shadbhuja form is an emanation of Avalokiteshvara.