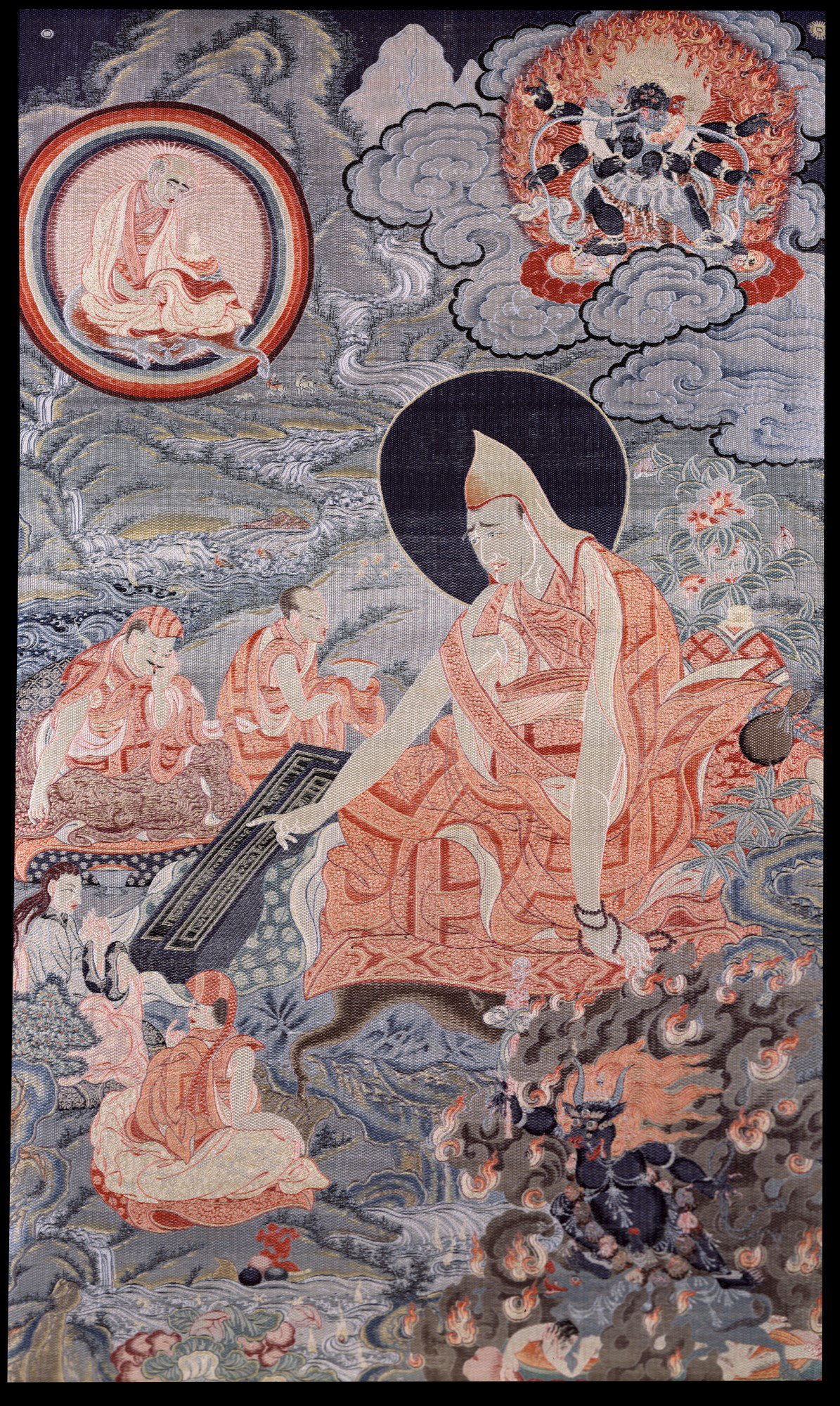 Lobsang Dondrup was known to have spent more than 20 years meditating in isolated caves near the Himalayan mountains. When he was a young boy Gyalwa Ensapa received many visions of Buddha Shakyamuni. He also possessed natural clairvoyance and was able to know that people were about to visit his family even when they were still many days’ journey away.

He is above a modest square throne with a side table supporting a plate of wishing jewels and a begging bowl of healing herbs. There is a kneeling monk in front that offers a solitary white lotus blossom against a green pastoral landscape. Vadisimha Manjushri is seated on a white lotus above a blue lion with an orange flowing mane.

Simhamukha is holding a curved knife and skullcap. Simhamukha is surrounded by the fires of pristine awareness.

TwoLamas is presented t the bottom to the left and right of the thangka. They are in a seated position. Two lamas are wearing monastic robes performing gestures of blessing and explication. They are resting on cushion seats. Chokyi Dorje is presented at the top left of the thangka.  Chokyi Dorje is in a rainbow sphere. Chokyi Dorje was born near the Shangpa Kagyu monastery Tanak Dorjeden in 1457 to two wandering ascetics from the Tsongkha region of Amdo.

His father was named Kunga Gyelpo and his mother was Peldzom. He spent his childhood on pilgrimage, ending at age eleven when his parents brought him to Ganden Namgyeling.