Thangka Paintings and its display about Life of Buddha 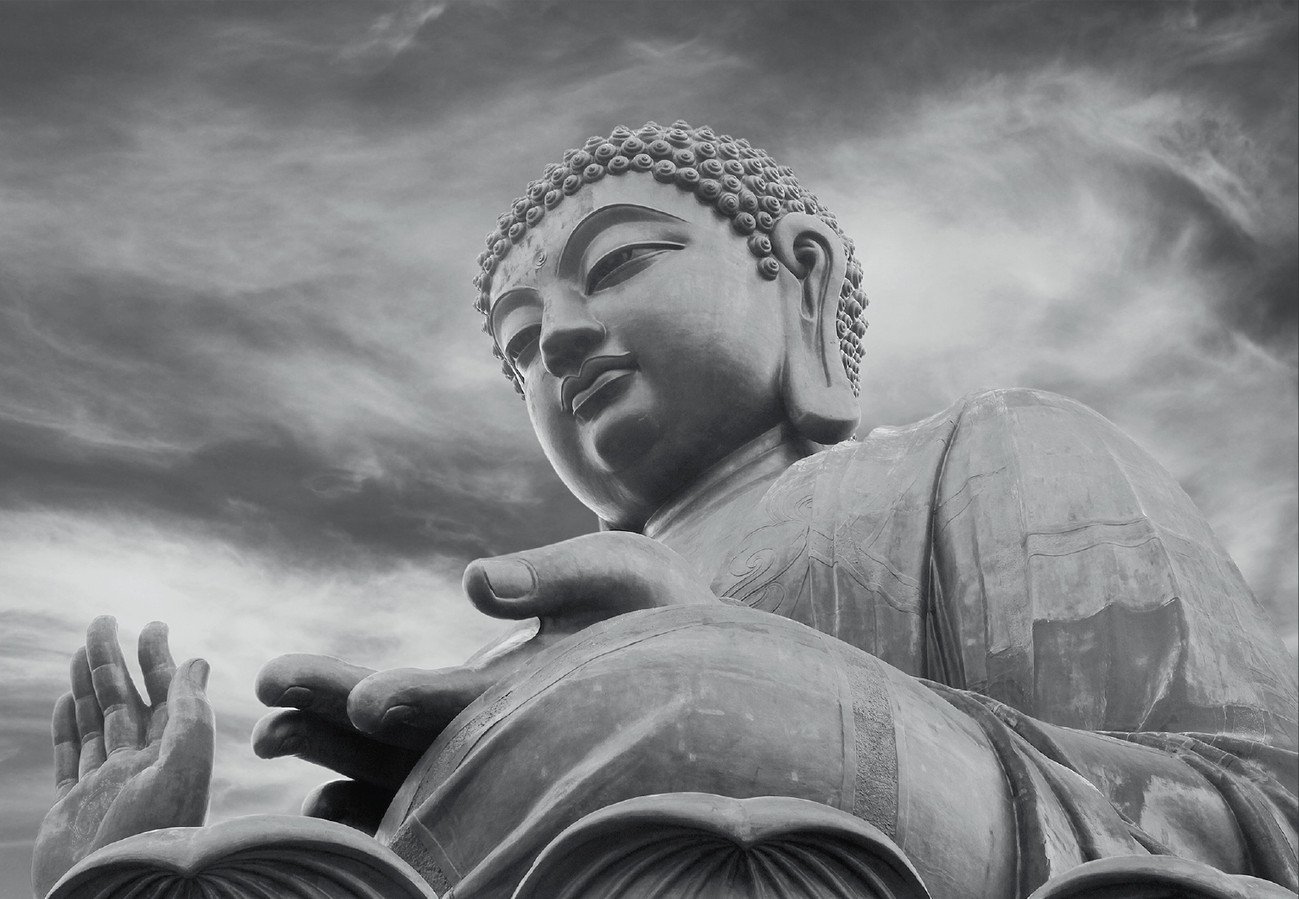 Thangka Paintings and its display about Life of Buddha

The life of Buddha portrayed in most of the Thangka Paintings is divided into the twelve stages of the Buddha’s Life Story. These twelve steps are known as the Twelve Enlightening Deeds Of The Buddha. The inclination towards the enlightenment process is the main concept of the Twelve Great Deeds.

The Deed of promise

The first deed is about the promise of Gautam Buddha to descend on the earth. Before Buddha was born as Shakyamuni, he is believed to be the bodhisattva in the Tushita heaven (home of the contented gods.) After seeing the suffering and ignorance in the earth, he then committed to take birth on Earth to spread the wisdom and words of dharma.

On one fine full moon day, Queen Maya Devi dreamt about a white elephant. It is supposed that the elephant in the form of the bodhisattva in the Tushita heaven. In her dream, a white elephant came near her and touched her right side with the trunk. The white elephant is considered to be the symbolic version of strength and the intelligence. Hence, in this way bodhisattva entered the womb of Mayadevi and she became pregnant.

There is also a myth that the bodhisattva chose Royal palace (King Shudhodhana and Queen Mayadevi) and Kshatriya family for his place of birth.

After the ten months of pregnancy, Mayadevi went to her father kingdom for the sake of delivering the baby. On the way to her father house, she stopped by the beautiful garden in the place named Lumbini (situated in Kapilvastu, Nepal.) All of a sudden Budda was born from the right side of Maya Devi while she was inclining up towards the branch of the tree.

Soon after the birth, Buddha took seven steps. It is also believed that the places that he stepped were full of lotuses. The lotuses signify to rise above the ignorance to reach the enlightenment. He was named as Siddhartha Gautam. Siddhartha is a Sanskrit word that means “one who is committed towards his goal”, and Gautam is his Gotra.

Childhood and the Youth phase of Buddha

Mahaprajapati (sister of Mayadevi) raised the Siddhartha Gautam after Mayadevi died after seven days of his birth. As the first son of Royal family, he was cared by thirty-two nurses each one of them would look after him for a different purpose.

He was brought up in the sophisticated environment of the royal family, providing every possible need and the finest education. In his late childhood, he excelled in sports and other athletic skills.

At the mid of the youth, he acknowledged the royal duties and the responsibilities. He helped his father in royal affairs and became the man of true moral conduct. He had a group of many queens and attendants helping him.

The Court astrologers warned King Shudhodhana that Buddha will leave the house one day and follow the path of freedom and meditation. As a result of this warning, the King tried his level best to keep Buddha away from the harsh reality of the life. 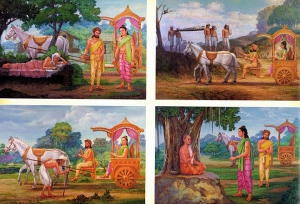 Though King’s strict eye upon him, Buddha accidentally came across an old man while riding in a chariot. He encountered the four worldly sufferings, mainly:

To answer all these queries about the world which was totally new to him, he left the palace in order to slake his thirst.

Siddhartha Gautam after making the decision to leave the house requested his father to let him go to quest his thirst for worldly knowledge. But then his father denied his request.

Siddhartha the told his father if and only if you can fulfill my four desires I am not going to leave the palace:

First of all, I should not die; Secondly, No disease should ever attack me, youth should never desert me, and lastly, prosperity should always be my companion.

Listening to the impossible desires, King could not do anything but let him go. Thus, young price left the palace at midnight leaving his wife and the son.

Thinking that his long hair might be a hindrance for him to live as a monk, he cut his long and beautiful hair. During his monk life, he traveled from one place to another, learned to meditate, and learned many life lessons.

The Six Years of Austerities

Searching for enlightenment he used to travel from one place to another. During this wandering, he came to a pleasant hermitage by a lovely stream and started a severe fasting for six years.  He ate a single grain of rice for each of the first two years, drank a single drop of water for each of the second two years, and took nothing at all during the last two. At the end of six years, all he achieved was, when he touched his stomach he could almost feel his spine. He became extremely weak. He started being more into himself than to others.

He woke up from the long fasting, bathe in the stream, crossing the river bank he met a village girl named Sujata. She offered him a bowl of rice pudding (Kheer) and restored his body.

To finally attain the last bid for liberation, Siddhartha stopped by a Bodhi tree. He committed that he would continuously meditate until he attains the enlightenment.

On sensing the deep prayer and the enlightenment state of Siddhartha, Mara, the Buddhist manifestation of death and desire, felt powerless.

To distract the Buddha, Mara attempted a plan. He first sent his daughters Desire (Future), Fulfillment (Present), and Regret (Past). Buddha had already overcome from these elements, so he remained calm and unmoved.

More and more feared by Buddha’s calmness Mara created an army of wrathful and hideous creatures, they were called characteristics of death. Despite so many hurdles, Buddha remained silent and at peace. Mara then had no means to interrupt Buddha’s enlightenment.

Shakyamuni and his teachings

After years of meditation, Siddhartha finally got enlightenment and eventually become Shakyamuni. Shakyamuni then started his journey to teach the same knowledge to the world.

He started by teaching his five disciples with whom he had initially started the path of asceticism. After hearing his commentary about worldly sufferings and enlightenment they became his first followers.

In almost all narrative paintings about the Budha’s life, one can encounter a Buddha (Shakyamuni) at the center and his two of his beloved and devoted disciples Shariputra and Maudgalyayana.

In the paintings, we can see Buddha seated on the throne of Indra, the king of gods.

When the creatures of the earth continuously requested him to return, Buddha descended downwards with the help of a ladder that had thirty-three rungs, handcrafted by the divine architect Vishwakarma. This descent is the most celebrated ceremony in the entire episode of Buddha and is often expressed in independent artworks.

The stage of Nirvana

After the series of teaching Buddha finally reached to the city of Kushinagara. He asked his disciples to spread the couch anticipating that his death is nearer.

During the midnight of the same day, Buddha left his breathe and went to the stage of Parinirvana, or “Final Nirvana,” in Buddhist terminology. Parinirvana is the stage of complete awareness and liberation from the universe. The Enlightened One passed through progressively higher planes of meditation until he attained entry into Parinirvana.