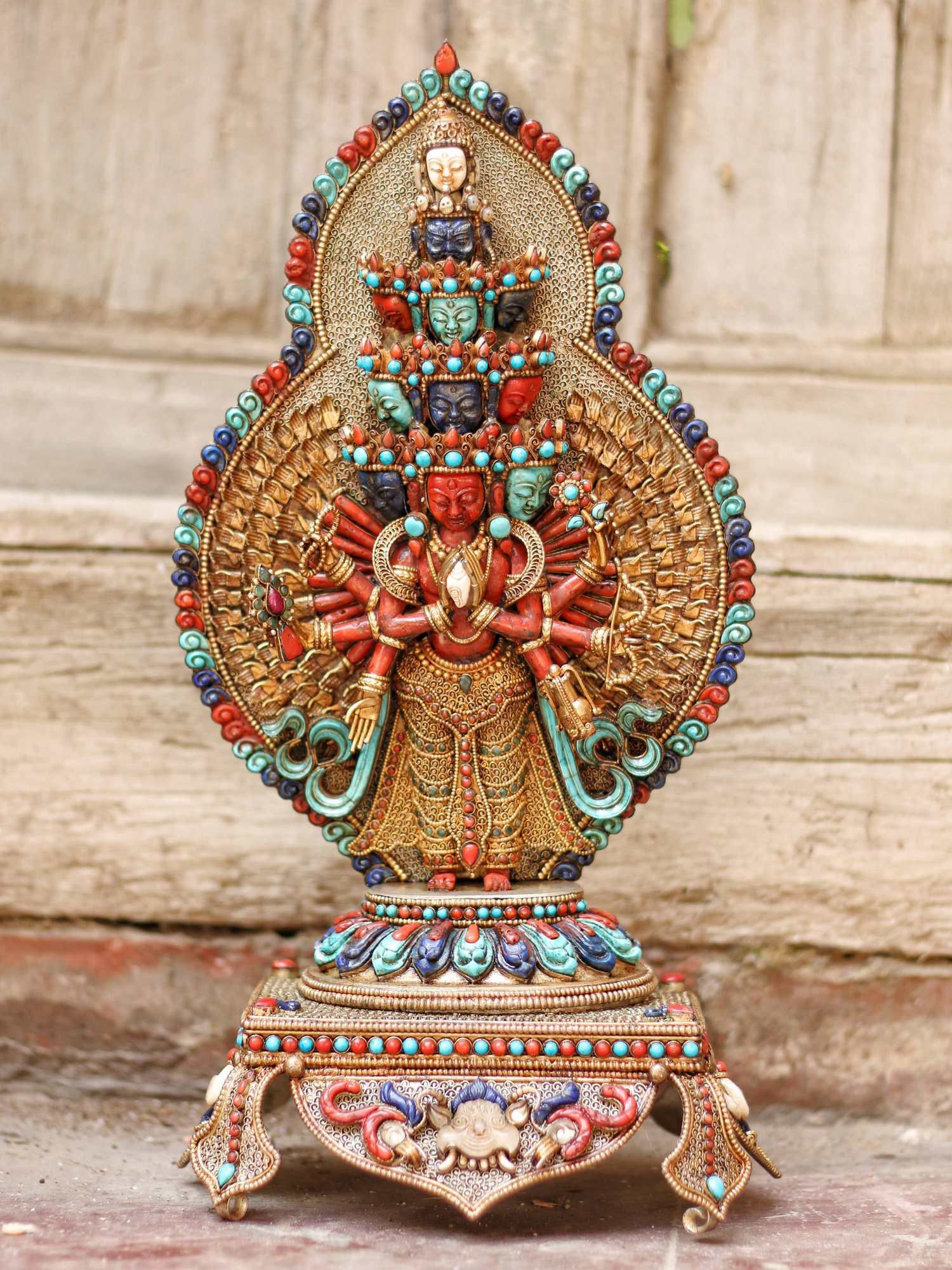 Avalokitesvara is a bodhisattva who uses to embodies the compassion of all Buddhas. He is one of the more widely revered bodhisattvas who helps in mainstream Mahayana Buddhism. In China and its sphere of cultural influence, Avalokitesvara is often depicted in an also female form known as Guan Yin.

The Viability of Avalokitesvara

In this portion, we are going to learn about the viability of Avalokitesvara, after the short description of the word Avalokitesvara itself

Avalokitesvara is also known as referred to as Padmapani or Lokesvara.

According to Mahayana doctrine, Avalokitesvara is the bodhisattva who has made a great vow to listen to the prayers of all sentient beings in times of difficulty and to postpone his own Buddhahood until he has assisted every being on Earth in achieving nirvana. Mahayana sutras associated with Avalokitesvara include the Heart Sutra and the Lotus Sutra, particularly which has the 25th chapter, which is sometimes referred to as the Avalokitesvara Sutra. Six forms of Avalokitesvara in Mahayana:

Each of these bodhisattva’s six qualities of pity, etc., breaks the hindrances respectively of the hells, Pretas, animals, asuras men, and devas.

In the Tibetan tradition, Avalokitesvara also seems as arising from two sources. One is the relative source, wherein a previous eon a devoted, compassionate Buddhist monk became a bodhisattva, transformed in the present Kalpa into Avalokitesvara. That is not in conflict, however, with the ultimate source, which is Avalokitesvara as the universal manifestation of compassion.

In this section, we are going to learn about the mantras of Avalokitesvara, after, we will learn about om Mani Padme hum.

Tibetan Buddhism relates Chenrezig to the six-syllable mantra Om Mani Padme Hum. Thus, Chenrezig is also known as Shadakshari. The connection between this famous mantra and the Avalokitesvara already occurs in the  Karandavyuha Sutra, one of the first Buddhist works to have reached Tibet.

In Shingon Buddhism, the mantra used to praise Avalokitesvara is On Aro-Rikya Sowaka but Om Mani Padme Hum is occasionally used as well. This mantra is popular in China, Japan, and Taiwan.

The thousand arms of Avalokitesvara

We will learn about the thousand arms of Avalokitesvara.

One prominent Buddhist story tells of Avalokitesvara vowing never to rest until he had freed all sentient beings from samsara. Despite strenuous effort, he realizes that still many unhappy beings were yet to be saved. After struggling to comprehend the needs of so many, his head splits into eleven pieces. Amitabha Buddha, seeing his plight, gives him eleven heads with which to hear the cries of the suffering.

Upon hearing these cries and comprehending them, Avalokitesvara attempts to reach out to all those who needed aid but found that his two arms shattered into pieces. Once more, Amitabha comes to his aid and invests him with a thousand arms with which to aid the suffering multitudes. Many Himalayan versions of the tale include eight arms with which Avalokitesvara skillfully upholds the dharma, each possessing its own particular implement, while more Chinese-specific ones give varying accounts of this number.

The Baoan Temple located in northwestern Sichuan province, China has an outstanding wooden image of the thousand-armed Avalokiteśvara, an example of the Ming Dynasty decorative sculpture.

We will learn about Tibetan Buddhist beliefs concerning Chenrezig.

Avalokitesvara is an important deity in Tibetan Buddhism and is regarded as the Vajrayana teachings as a Buddha. In the Mahayana teachings, he is in general regarded as a high-level Bodhisattva. The Karmapa is considered by the Karma Kagyu sect to be Chenrezig’s primary manifestation.

It is said that Padmasambhava prophesied that Avalokitesvara will manifest himself in the Tulku lineages of the Dalai Lamas and the Karmapas. Another Tibetan source explains that Buddha Amithaba gave to one of his two main disciples, Avalokitesvara, the task to take upon himself the burden of caring for Tibet. That is why he has manifested himself not only as spiritual teachers in Tibet but also in the form of kings or ministers.

Other manifestations popular in Tibet include Sahasra-Bhuja and Ekadasamukha. In Tibetan Buddhism, White Tara acts as the consort and energizer of Avalokitesvara Chenrezig. According to popular belief, Tara came into existence from a single tear shed by Chenrezig.

When the tear fell to the ground it created a lake, and a lotus opening in the lake revealed Tara. In another version of this story, Tara emerges from the heart of Chenrezig. In either version, it is Chenrezig’s outpouring of compassion which manifests Tara as a being. 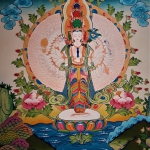 Avalokiteswara is the root form of the Bodhisattva commonly known as Lokeshwor in Nepal and India, Kuanyin in China and Kannon in Japan is one of the 108 forms of lokeshwor.
Lokeshwor Thangka Painting