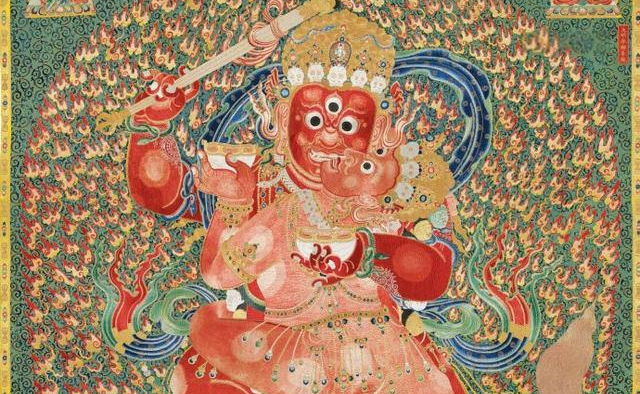 There has been a record that a mandala was sold for $45 million. The tapestry is the artwork from China. 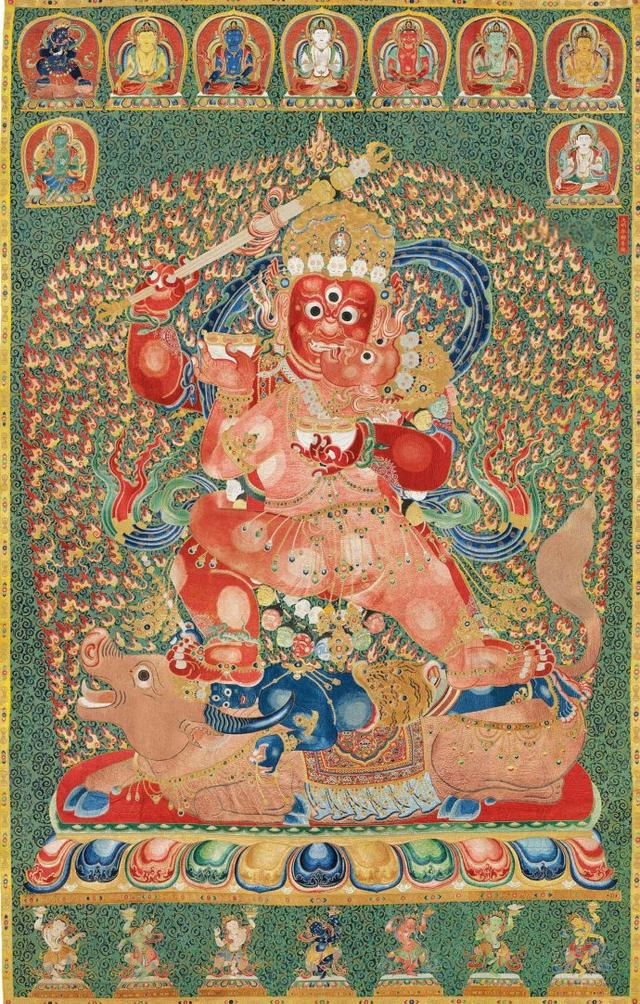 How much was the thangka sold?

In the year 2014, there was an auction held in Hong Kong for the Thangkas and different other artworks. The tapestry was sold to a Shanghai tycoon for $45 million (HK$348 million) at auction in Hong Kong.

when seen from a distance the thangka is a shade of red and gold colour. As mentioned by auction house, the thangka was bought by Liu Yiqian for displaying at his new museum in Shanghai.

According to press release record,  Liu Yiqian had said:

“I am proud to bring back to China this significant and historic 15th-century thangka which will be preserved in the Long museum for years to come.”

In Tantric Buddhism, Rakta Yamari is a meditation deity and is believed to be the fierce form of the bodhisattva Manjushree or Yamantaka. Yamari deities exist in two forms: red (Rakta) and black (Krishna.)

How was Rakta Yamari designed?

The tapestry is believed to be created during the Ming dynasty between 1402 and 1424. It is already the rarest one as it is one of a set of three thangkas from the Jokhang Monastery in the Tibetan capital Lhasa.

When seen from the distance, the thangka looks like a mandala painting. Not to get confused that it is not an artwork of brush but it is made out of fine stitches of floss silk. The textile piece measures 132 x 84 inches.

What does red body colour represent? It symbolizes the desire to overcome all sufferings and misery. After overcoming sufferings only one can reach to the fully enlightened state. The weapon of Yamari controls the different form of Mara.

Rakta Yamari is usually seen holding a cup in his left hand. The cup is believed to be made from ancient Lama’s skull and contains the essence of the four maras transformed.

If you closely look at the Rakta Yamari, he has three round eyes, each one with a particular meaning:

first eye: expressing compassing for all beings in past

second eye: expressing compassion for beings in the present

third eye: expressing compassion for beings in past

The orange and red hair is to portray the fact that Rakta Mari encompasses the more characteristics of Buddha and the aspects of the Mahayana Five Paths.

The necklace of fifty fresh heads meaning vowels and consonants of the Sanskrit language.

What is artwork all about?

Thus the artwork of Rakta Yamari is to get over the waves of sadness and unhappiness in the materialistic world. The tapestry represents ‘Red Killer of Death.’

Symbolically meaning that one can only be enlightened after the series of sufferings.