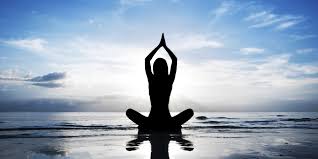 Meditation can be an effective form of stress reduction and has the potential to improve quality of life and decrease health care costs. Meditation involves achieving a state of ‘thoughtless awareness’ in which the excessive stress producing activity of the mind is neutralized without reducing alertness and effectiveness.

When did meditation start?

Traditionally, the practice of meditation has been used in most Asian countries, but cultures all over the world have used it for various reasons. Between ten and fifteen thousand years ago, South Indian tribes created tantric meditation, which was put into practice to better understand the mind. However, seven thousand years ago meditation became a basis for Eastern religions such as Buddhism, Taoism, and Sufism (Tibetan and Zen). Pinpointing exactly where meditation originated is difficult and it’s not just because the time frame is uncertain.

Several sources, including online encyclopedia site Wikipedia, place the origins of meditation some 5,000 years ago with evidence in some circles that natives practiced forms of meditation earlier than this.

For many people, meditation is challenging to understand as it seeks to achieve a mind-state of utter peace and tranquility yet often accomplishes this task by techniques of intense focus on a single or fixed stimuli.

For example, the common chant of ” Aum” is used as a combination breathing and auditory stimuli focusing your mind intently until all energy is used to empty the mind creating the ultimate focus. Some people find a chant useful while others prefer methods such as music, silence or other repetitive stimuli works best.

Meditation, also known as contemplation, started first in the East followed thousands of years later to the Western world where it really caught on to the mainstream in the 20th century. There are many forms of meditation including Hinduism, Islam, Christianity, New Age and many others.

Why do Hindus meditate?

Meditation is a form of mental exercise designed to quiet the mind and senses to the point of channeling all the spirit energy into one powerful beam like that of a laser. 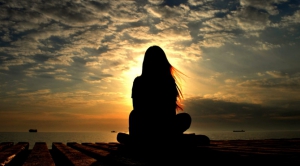 Meditation is experimental as well as experiential. Not all methods work for everyone…One has to find a method which suits his / her personality. This is where the Guru helps the most.

The ultimate aim of all meditation methods is the same. In Hinduism, it’s called Samadhi…In Buddhism its called Mahanirvana. Different experiences are due to different practices and past experiences.

No ‘personality’ called ‘God’ can be found in any enlightened experiences. Both Hinduism and Buddhism refers to the formless ‘that’. Hindus call it the Nirguna Brahman or Shiva (Consciousness) while Buddhist call it ‘Existence’ or ‘That which is’, For Samadhi …all forms will be dropped….Both agree…that the ultimate is something that which cannot be created. Temptations will be many…but one has to walk strong…and dedicatedly…with Samadhi in mind.

What exactly is third eye meditation?

A third eye meditation is any deep rumination technique where you visualize your third eye, which is the place on your forehead above and between your eyes.  This particular spot is given consideration in all spiritual systems that believe in the aura or energy field and is most simply described as an energy receiver.  It is thought to be possible to amplify the ability of the third eye to tune into the energy of others, psychic abilities, spirit guides, angels and the global brain or collective consciousness. 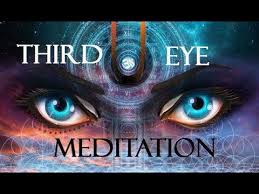 When it comes to your third eye, meditation is a fantastic way to open yourself to contemplation and reflection on important questions and issues.  It is a common school of thought that the third eye is what connects you to your intuition and the collective consciousness, and third eye meditation is designed to enhance this.  It is through specific thought processes and visualizations that you can achieve the deepest rumination through third eye meditation practices, so it is certainly worthy of your consideration.

There are many different reasons to give contemplation to practicing third eye meditation:  It can be an effective way to clear your mind of thought and worry, access your subconscious for reflection and reprogramming, and reach a state of deep rumination.  Even though you can’t see your third eye, it is the process of visualization and deliberation that takes you into deep meditation.

How does the third eye meditation work?

Your third eye is located in the center of your forehead and is the major termination-point for Chi (life force energy) and acupuncture meridians in your body. When you bring your awareness to this point as a part of the third eye mediation, you stimulate the Chi or life force energy in that Chakra, thereby opening it.

A lot of people have felt a sudden increase in their intuitive or psychic powers after practicing third eye meditation regularly. This is not surprising, given the fact that the third eye is the link between the conscious and the sub-conscious mind and awakening it can let you see and experience events that cannot be sensed through physical eye.

Third eye meditation is the simplest and easiest way to attain a meditative state and enter the spiritual world. Practice third eye meditation for the bliss and tranquility it provides and for the joy it offers to your complete being.

Usually, people don’t say anything while meditation or they repeat mantras. Here is the short description of both stages:

They think you should say “Nothing”. Yeah, you say nothing, and think nothing. And if any thoughts come into your mind, push them out. Silence your thoughts so there is nothing in your mind but awareness of your breath, body, and surroundings. But keep your mind completely silent.

The simplest mantra with which we’re all familiar is “om” (aum).

what is the purpose of the mantra during meditation?

Although there are many different meditation techniques, methods, and theories, the end goal of meditation is always the same: And once you’re there, how do you maintain it.

It is belived the mantra engages the left hemisphere of the brain allowing the right hemisphere to gain greater dominance.

In meditation, we use mantra to block unwanted thoughts.

Mantra, thus, makes us self-disciplined. Since mantra is intimately connected with breathing we can use it to alter skeletal muscle tone. Since every god is a particular tone of our skeletal muscular system, using different mantras we can appease the god of our choice.

Although there are many different meditation techniques, methods, and theories, the end goal of meditation is always the same: to quiet the mind and establish a closer connection with your true Self (or soul or God). There are different schools of thought on what exactly the most efficient ways to do that are.

This has beneficial effects on both the body (lower blood pressure, deeper breathing, relaxation of muscles, healing in cells, lower anxiety levels) and the mind (increased clarity, focus, and concentration, as well as better sleep and improved mood).

So how do you get to a place of non-thought??

And once you’re there, how do you maintain it? This is something the yogis of thousands of years ago struggled with, and out of which the knowledge of mantras was slowly developed.

“Mantra” is a Sanskrit word comprised of the root “man” which means mind and “tra” or instrument. So mantra literally translates to “instrument of the mind.” Mantras were a tool that the yogis used to get from a place of scattered thought and outward focus, to stillness and inner focus. Turns out, focusing on a single thought or phrase that is neutral in nature (meaning it doesn’t bring up strong emotions or connections to anything in the physical world), is an excellent way to begin to focus and tone the mind.

Repeating a mantra especially during the beginning of a period of meditation allows you to focus on a single thought or idea, which naturally prevents distraction from other random ideas, thoughts, and emotions that may keep cropping up. Also, it is infinitely easier to focus on a single thought and slowly slip into a state of thoughtlessness than to try to get to a place of non-thought immediately.

Mantras act as an effective tool to help you focus, calm, and train your mind so that you can free yourself from outward concerns, and connect to an inward space of infinite stillness, silence, and love.

Why does meditation work?

As it is said, there is no exact answer to the question why does meditation work. It has something to do with relaxing the body’s mind and body, which decreases the intensity of pain. It also appears to be connected to the body’s chemical responses.

Pain is the brain’s response to the body’s nerve signals, so the mind can alter that to a degree.

During meditation, the brain releases endorphins, which can counteract the brain’s response to pain signals-thus making the pain more bearable.

Meditation also increases activity in the endocrine and nervous systems, which help to regulate the body’s reaction to disease and injury-which could explain in part why patients who meditate heal faster.

Over time, meditation enables people to control the response that their brain makes to chemical signals. It may even allow them to control which chemicals are released and interpreted by their brains.

Meditation works because it relaxes your body and gives you access to parts of the brain that not many people cannot access. If you go to sleep you dream, right? Well, it is the same with meditation. You are awake, but asleep at the same time. People think Meditation is a whole lot of nothing but it isn’t. One is focusing on their breathing and listen to it.

As they do this they can gain wisdom of the world, as in pain they didn’t know existed. People don’t understand how important meditation is. They can gain wisdom, cure illness, and even become less depressed. One would be surprised with what one could do after or during meditation.

Whatever else it does, meditation makes managing pain easier.

Why do Buddhas meditate?

Meditation is an effective means for cultivating a calm and focused mind. It is an important part of the mental development. Buddhists believe is necessary for gaining wisdom and enlightenment. Buddhas and Bodhisattvas are often portrayed in meditative states.

There are various types of meditation, most of which essentially emphasize concentration on an object or concept, as well as correct posture and awareness of breathing. One meditative school of Buddhism is Ch’an (commonly known in Western society by its Japanese term “Zen”). It is based on intuitive insight and spontaneous enlightenment.

Meditation is a translation of the Pali word ‘Bhavana‘ but does not convey the same strength of meaning. Bhavana includes not only sitting and walking meditation but also informal meditation, such as awareness and mindfulness in all daily activities. Bhavana is the correct Buddhist word for meditation and means ‘cultivating the mind: helping the mind to grow and develop.‘.

Fo Guang Buddhists follow what is called mindfulness and insight meditation. Central to this practice is first observing the mind – how it works, what it thinks – and then learning to let go of its thoughts without being hindered by emotional baggage. This does not mean repressing thoughts and emotions, but rather observing, accepting, and moving on. It may be done sitting, standing, walking, or while doing chores.

To discount some misconceptions of Buddhist meditation: It is not a state of non-doing, dreaming, or hypnosis, and it does not strive to make the mind blank.

Daily practice of meditation is most beneficial, even if only done for ten minutes at a time.